Seoul is quite a unique city. On the one hand, it’s a vast modern-day metropolis with skyscrapers, high-tech subways, and K-pop music culture. But, on the other hand, it’s a city of Buddhist temples, palaces and rich history of having been the imperial capital of the Chosun Dynasty. Back then, it was guarded on all sides by walls and gates with its boundaries extending to Namsan mountain in the south and Bukaksan mountain in the north, which acted as fortresses to guard the city against foreign invaders. Located along the Han River, and in more recent times, Seoul has been recognised as one of Asia’s most liveable cities with the second-highest quality of life globally.

It also contains no less than five UNESCO World Heritage sites. Furthermore, with the popularity of road cycling in Asia on the rise, numerous pro-cycling events take place here, including the 2020 Asian Track Cycling Championships held at South Korea’s Jincheon velodrome. But, on the menu today is a scenic ride that takes us along the city’s beautiful Han River, up and over the iconic Namsan and Bukaksan mountains, and through the very heart of the city’s rich culture and history as we ride past the Gyeongbok Palace, which was built during Joseon dynasty in the 14th century. 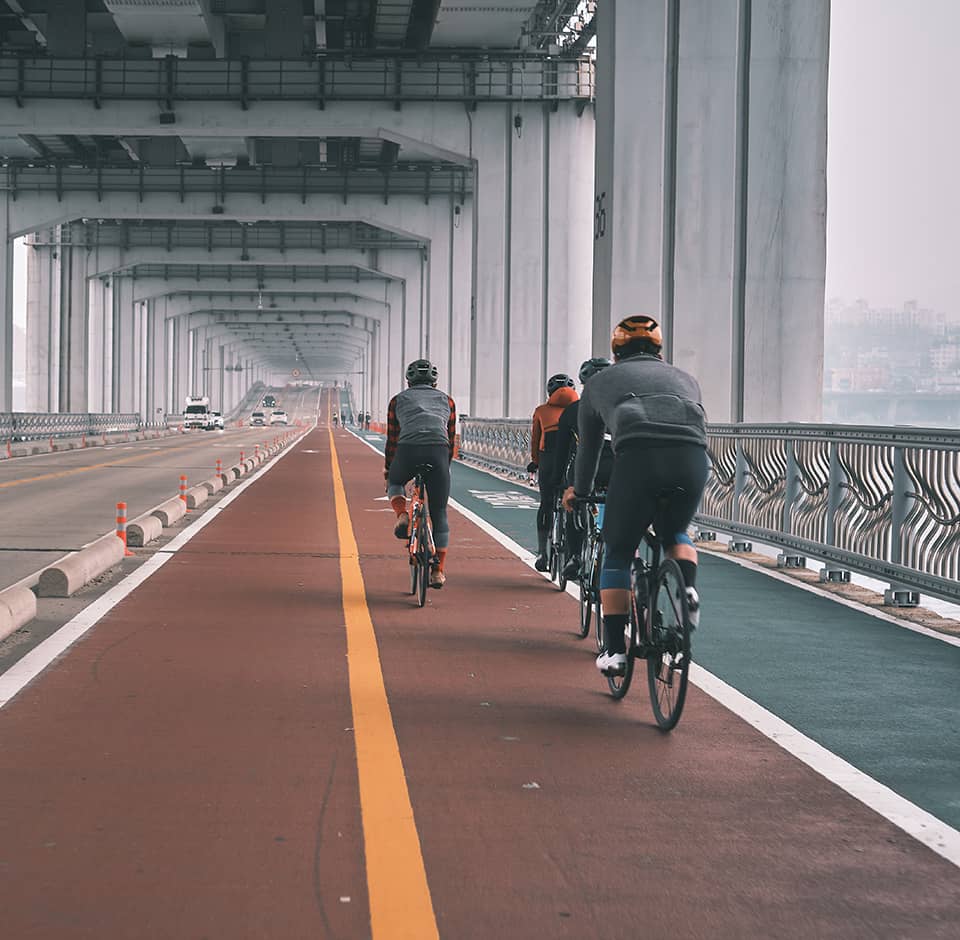 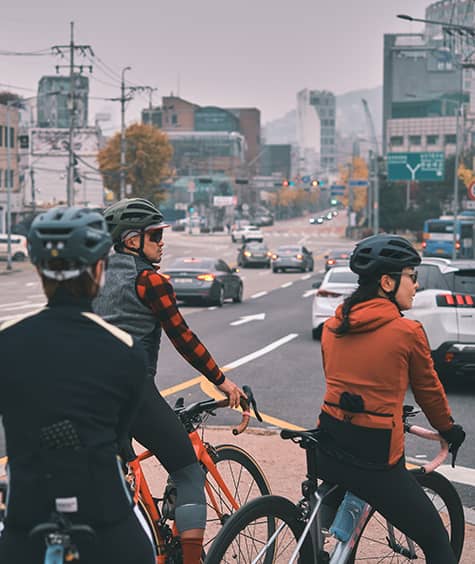 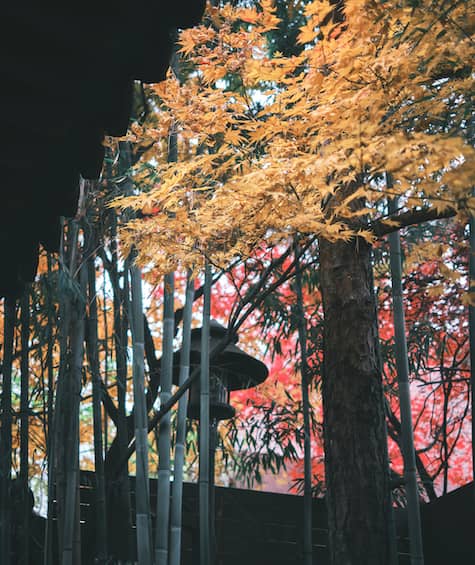 The summer months in Seoul are hot and humid and the winter months can be cold and freezing. It’s November when we ride, and this is the most beautiful time of year, where the weather is cool and crisp and a time when the city comes alive in waves of autumn splendour. The foliage of dazzling reds, burning oranges and rich golds are everywhere and provide the perfect backdrop to our ride.

As is often the case, we meet at the Bango Bridge, one of the most famous meeting points for Seoul’s cyclists looking to ride the “Nambuk” route, which takes in the Namsan and Bukaksan mountains. Korea is a country of mountains. While these mountains aren’t the most challenging or scenic in Korea, they’re certainly the most popular Strava segments, given their convenience for Seoul’s urban cyclists. It’s a great way to get in some decent climbing without travelling outside the city. Although the Namsan and Bukaksan mountains only stand at a mere 300 metres in elevation, by connecting the two, you get a decent 1000+ metres of elevation on your Strava for this ride.

The road that climbs up the Namsan to the iconic North Seoul Tower is a steady 4-5% gradient and only open to bikes and tour buses which keeps our ride somewhat conversational as we take in a few scenic views of the city as we climb. We soon reach the summit and marvel at the North Seoul Tower, a national landmark and number one tourist attraction in Seoul, where hanging love padlocks on the tower fence is a favourite tourist activity. 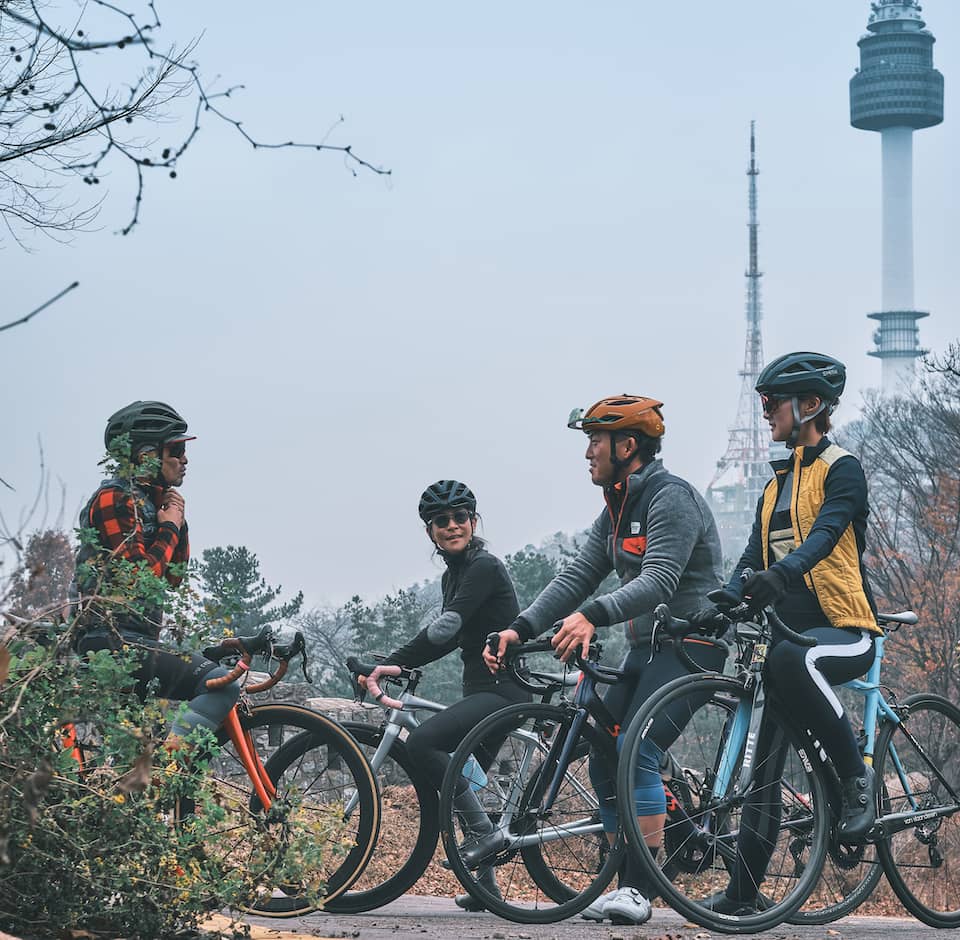 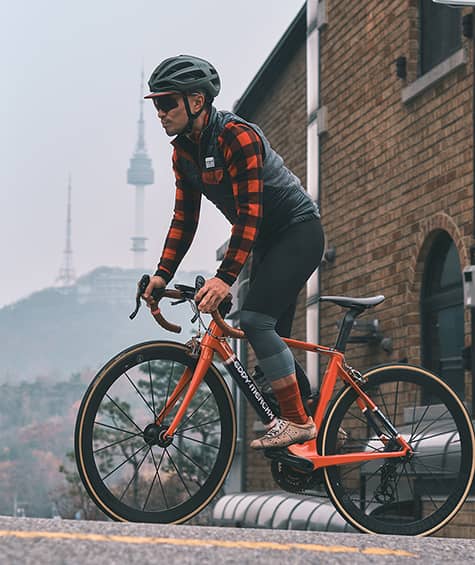 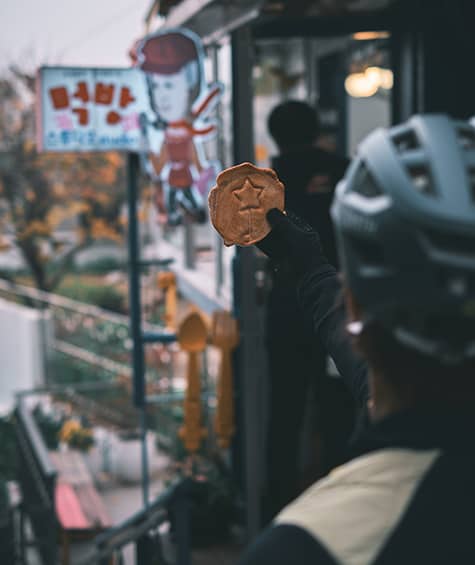 We soon find ourselves descending at speed down on the drops and through the heart of the old part of Seoul and onto Gwanghwamun Square. It’s here where you’ll find the gate to Gyeongbok Palace. This “Palace greatly blessed by heaven” was once the heart of Korea and the power centre of the Joseon dynasty. The palace was also the home of the last Korean imperial dynasty to rule the nation before it became a republic. We always enjoy riding around the palace, arguably the most beautiful and grandest of all five palaces, with many lotus ponds, gardens and ornate statues. From Gyeongbok Palace, we ride through Seoul’s oldest neighbourhoods and onto Ewha Mural Village. It’s here in this scenic setting where we take a short break to share some snacks and admire the paintings and murals at this popular tourist venue.

With fresh legs and high spirits, we set off back to Gyeongbok Palace, where Bukuksan mountain acts as a majestic backdrop and a reminder of the second climb of the day that we are about to attack. There are more than ten different routes up the Bukaksan to Bukak Pagoda at the summit, but we take the Bugak Skyway, the most beautiful driving route in Korea as the road twists and turns up and around the mountainside.

The skyway is forested by think greenery, which looks even more spectacular in its autumn colours. The skyscrapers and bustle of city life soon fade behind us as we reach the summit where the Bukak Pagoda stands up tall in all of its glory. With its traditional Korean design, this octagonal pavilion is beautiful in all seasons, offers fantastic 360-degree views of Seoul and is especially famous for its views at night. The descent down from Bukaksan is one of my favourites, as it’s not too technical, and you can get down on the drops and just let the bike go and enjoy a few nice sweeping bends down to the bottom. 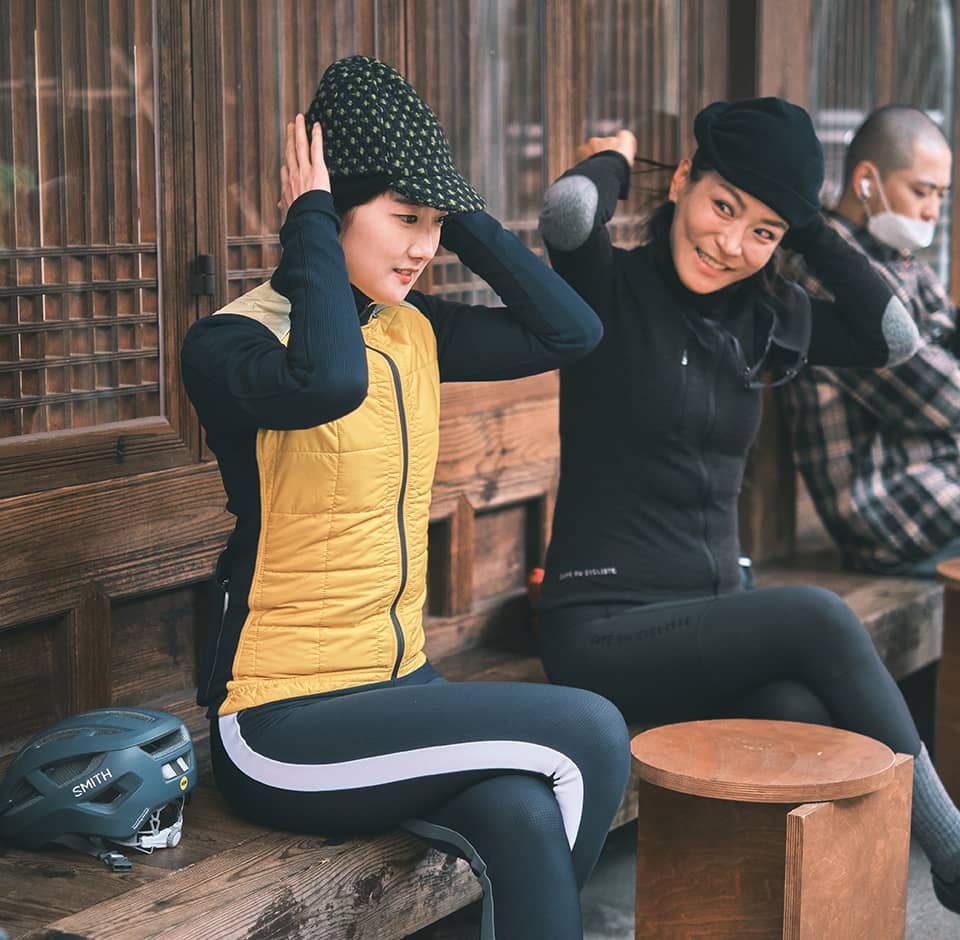 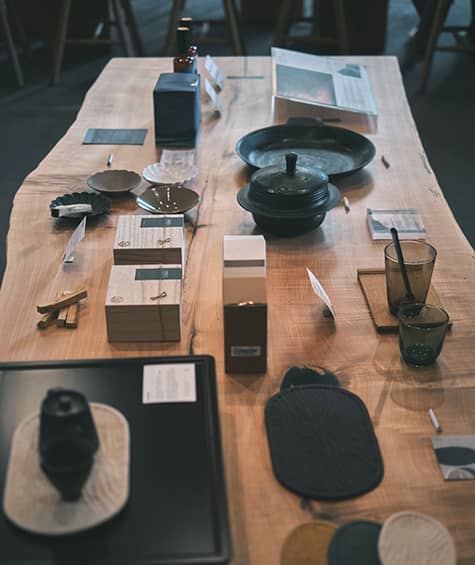 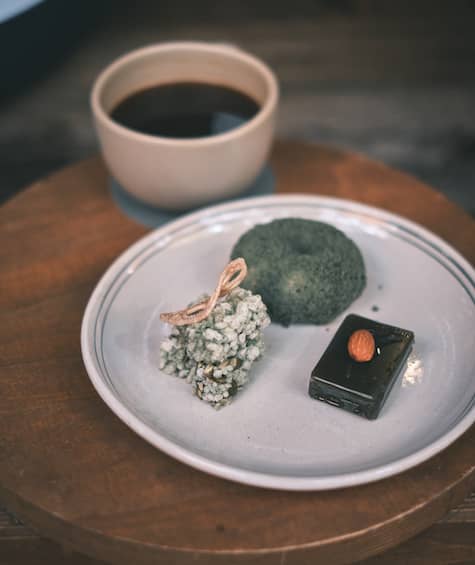 We keep riding until we reach Samchungdong, where we decide to stop for lunch at a traditional Korean restaurant and enjoy a delicious feast of pork, soup and a few side dishes. Coffees soon follow lunch in an old traditional Korean style building with a garden full of bamboo trees and ginkgo leaves. Then, it’s time to hit the road again and head back to the Han River, cruising through the city streets and taking a scenic route that just seems to hug the Namsan mountain, and before we know it, we’re back where we started at the Bango Bridge. 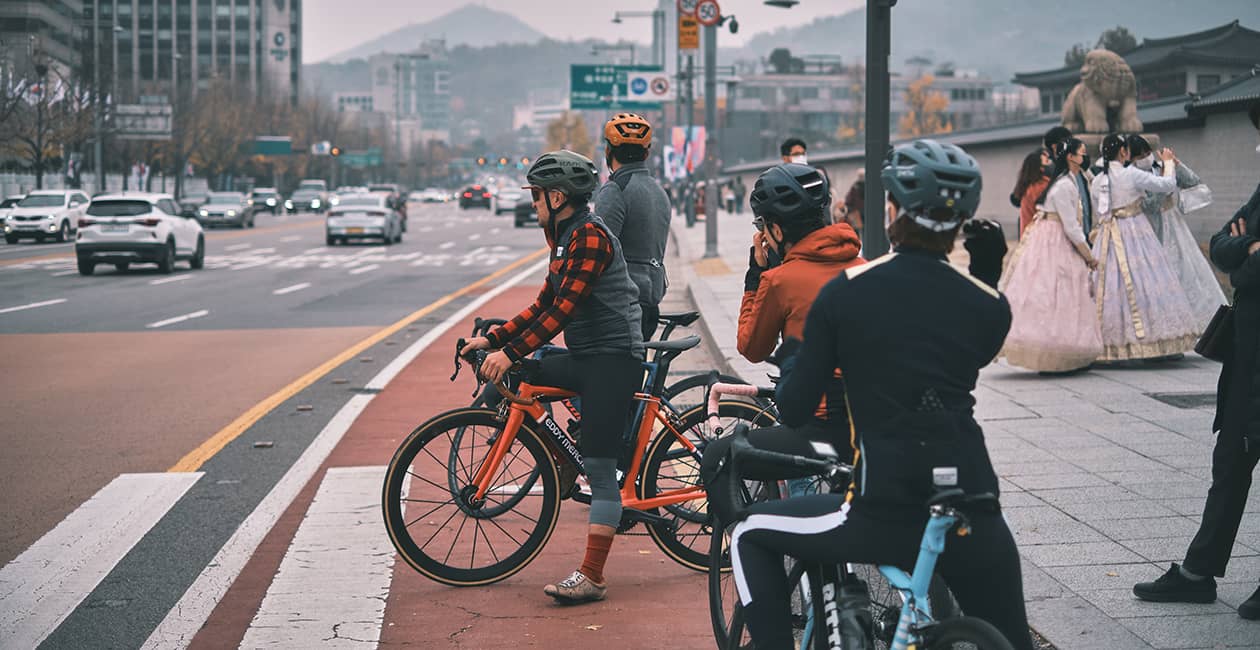 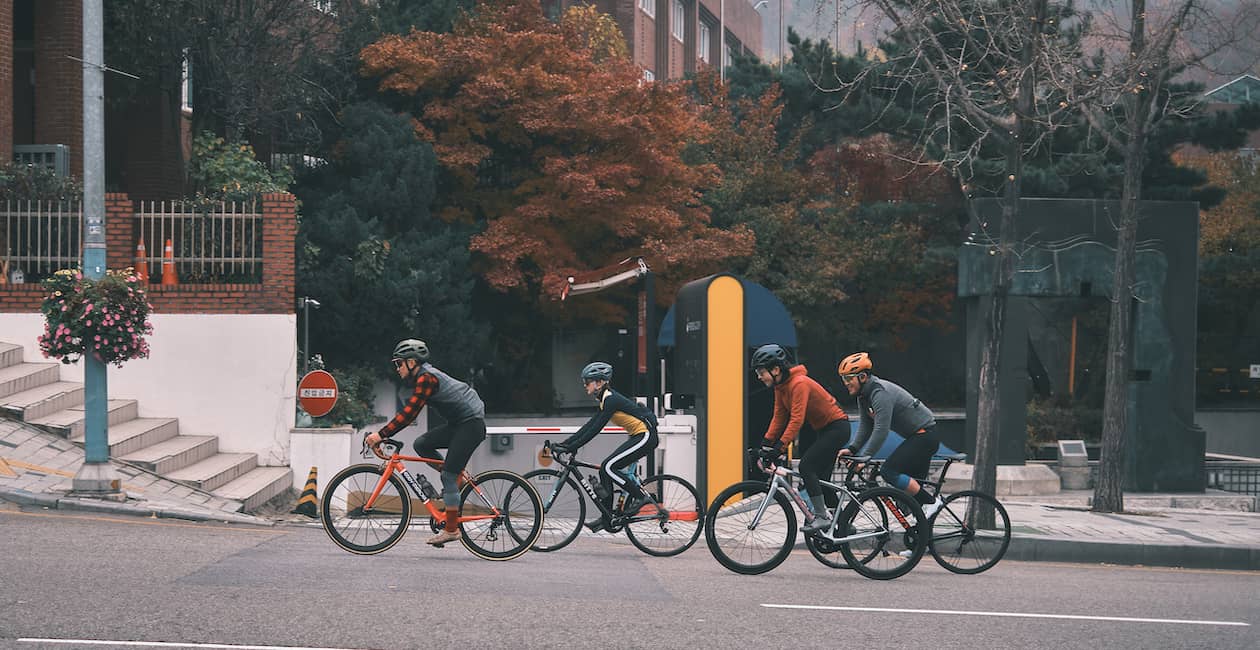 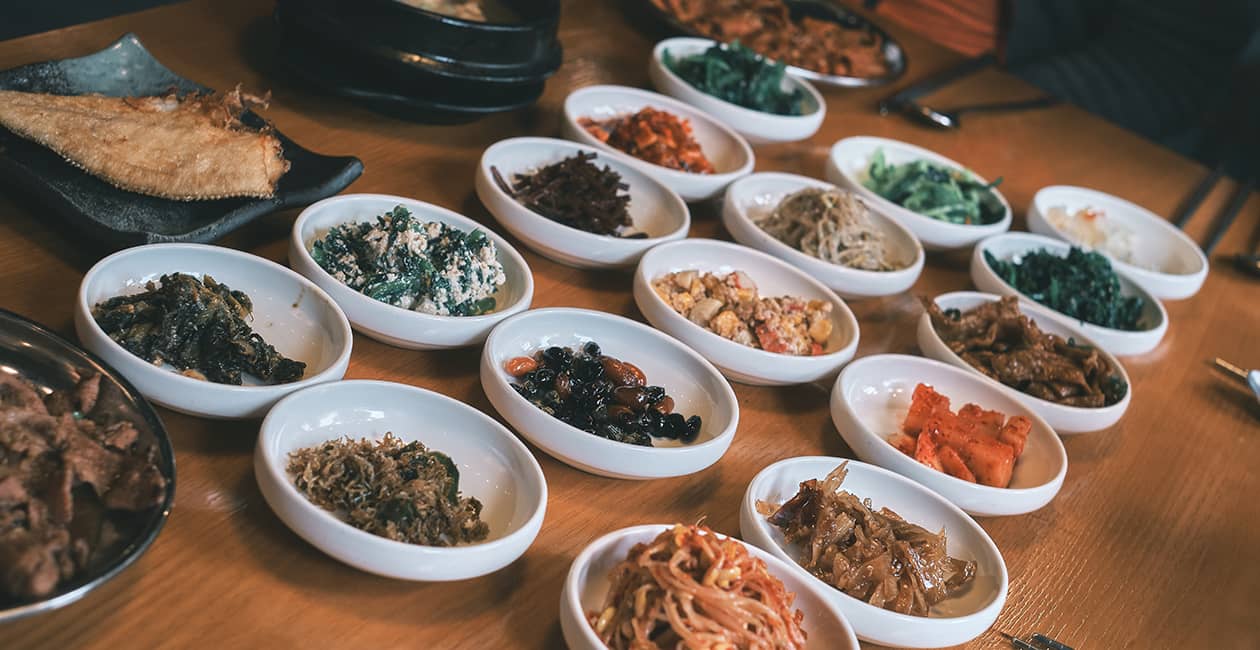 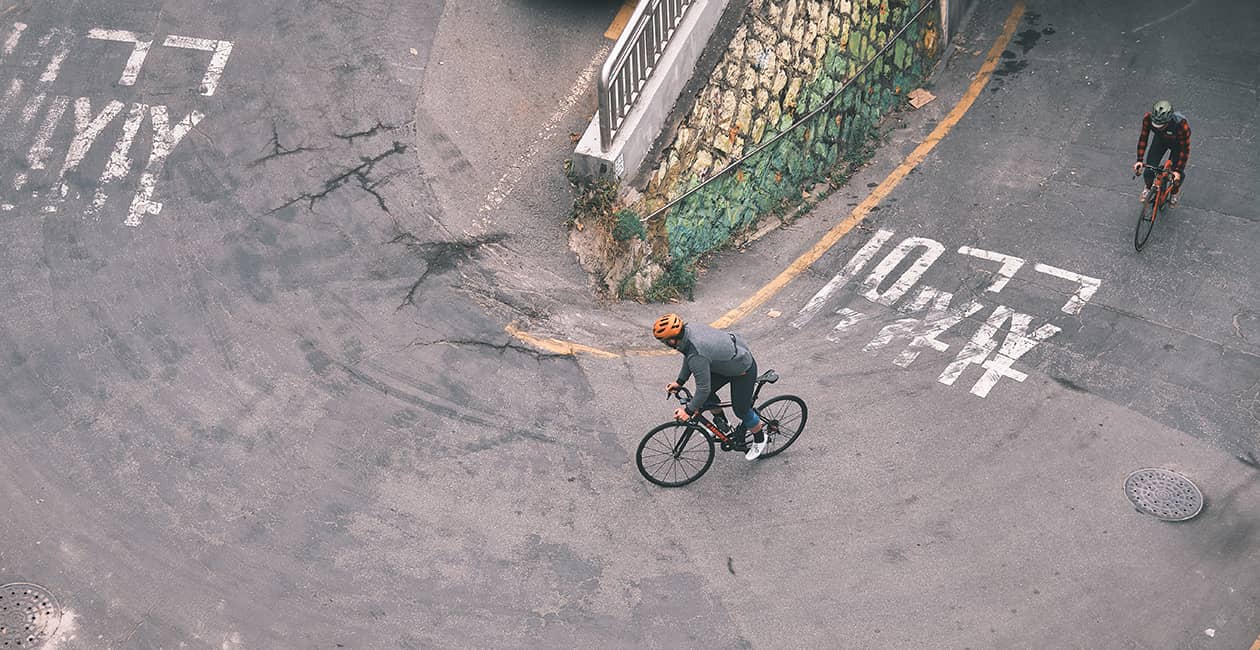 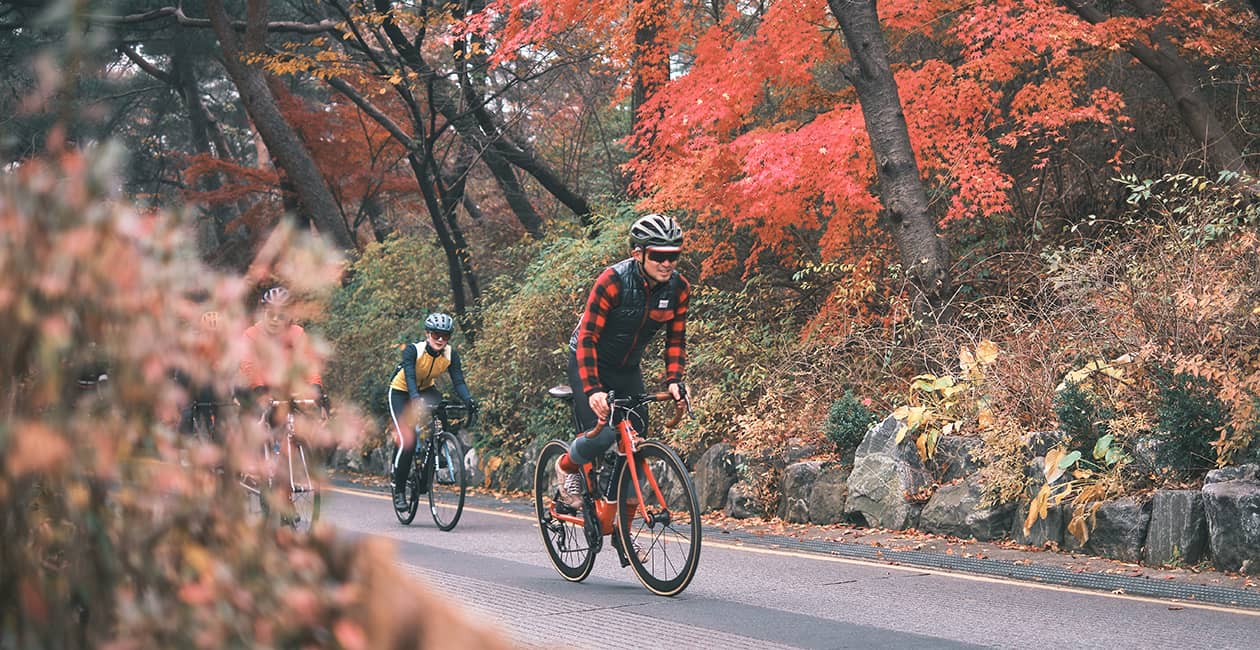 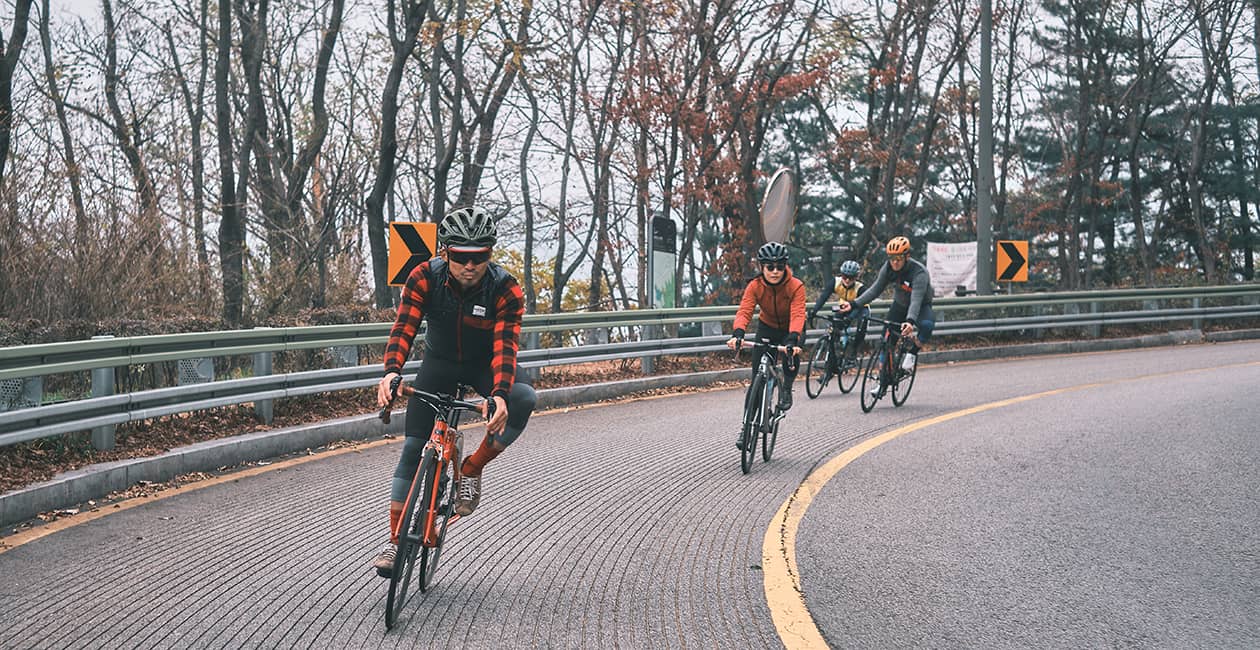 Today’s ride was relatively short at 50km, yet we achieved almost 1000 metres of elevation. As cyclists living in Seoul, much like other city dwellers, we live busy lives, so the “Nambuk” route gives us the chance to fit 1000 metres of climbing into our ride. In addition, it also lets us escape the urban metropolis for a few blissful hours as we become at one with nature.

The global pandemic has prevented us from doing many things we love, except for cycling, where the appeal also comes down to freedom. Riding around Seoul in November is always our favourite time of the year as we get to enjoy the most spectacular views of Seoul in its autumn colours. 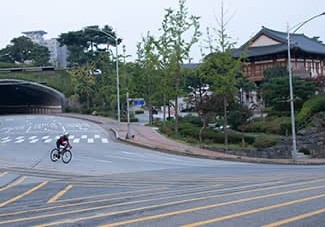 The best day on a bike is to go for a quick 50Km ride through the heart of city. Where the old and the new coexist and riding by night makes it even more spectacular. 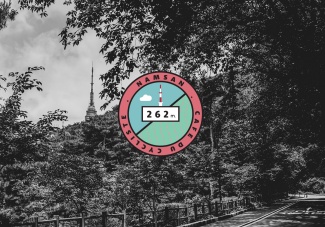 Before the modern-day cityscape took its form the city of Seoul was guarded on all sides by walls and gates. Seoul’s boundaries extended to Namsan in the south. 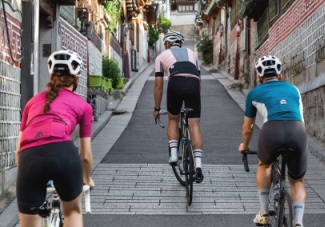 South Korea has an ever increasing cycling culture but in a city of almost ten million people, it can be hard to find space. It takes a little Seoul searching. 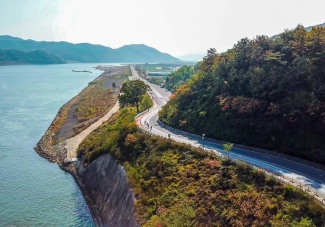 Almost the entirety of it, from Busan to Seoul. 530kms through a country that is not much longer than that.