Two summers ago the cycling and cinematic worlds came together on the Col de Vence, all thanks to Michael Angelo Covino and Kyle Marvin. Their successful short film had become the first scene of a full length feature bearing the same name – The Climb.

Mike had discovered Café du Cycliste at NYC Velo, the Big Apple’s best bike shop. Like all directors he had a clear vision and a colour palette in his mind’s eye and, after a social spin up Col d’Eze, we were more than happy to help design the kits needed for the cycling scenes in the movie. Prototype production led to a Café du Cycliste peloton joining the shoot on Col de Vence at the end of the 2018 summer season. Less than a year later, lycra was replaced by formal attire for a walk up the red carpet to the film’s premiere at Cannes Film Festival. To top it off, Mike and Kyle returned to America with the Coup de Coeur prize under their arms.

The Climb hits cinemas worldwide this summer, starting in Los Angeles. To celebrate, the limited edition capsule collection of the jersey, as worn by Mike, together with specially designed caps and bidons is now available to buy exclusively online. 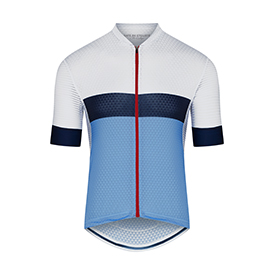 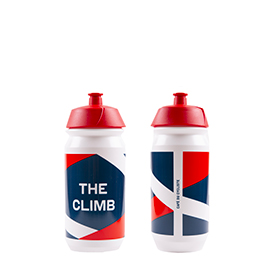 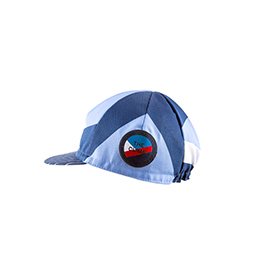 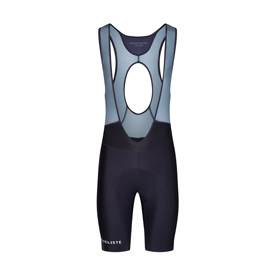 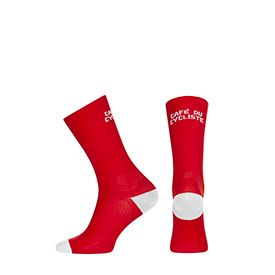 Cycling analogies can be applied to almost any element of every day life. The Climb, as its name suggests, covers the uphill battle of a friendship tested over many years and through different relationships to the conclusion that, if you just keep a good sense of humour and keep pedalling, maybe it will all be alright. But don’t trust us, watch the trailer.

The Col de Vence lies at 962m, above the bustling town of Vence and if you can tear your eyes off your stem in the final kilometres, you’ll have a great view of the Mediterranean from Italy to Cannes and beyond.

IN CONVERSATION #1 / THE KIT MASTER

Mike and Kyle have important questions on everything from customer profiles, kit design and male modesty for our co-founder and creative director, Rémi Clermont. Go behind the scenes and into the cycling minds of the movie’s main characters as they investigate what makes Café du Cycliste tick.

IN CONVERSATION #2 / THE MOVIE MASTERS

After a return ride to Col de Vence and before suiting up to go to Cannes Film Festival, we dug a little deeper and asked Mike and Kyle about the movie-making process. Listen to the audio to find what it took to produce The Climb. 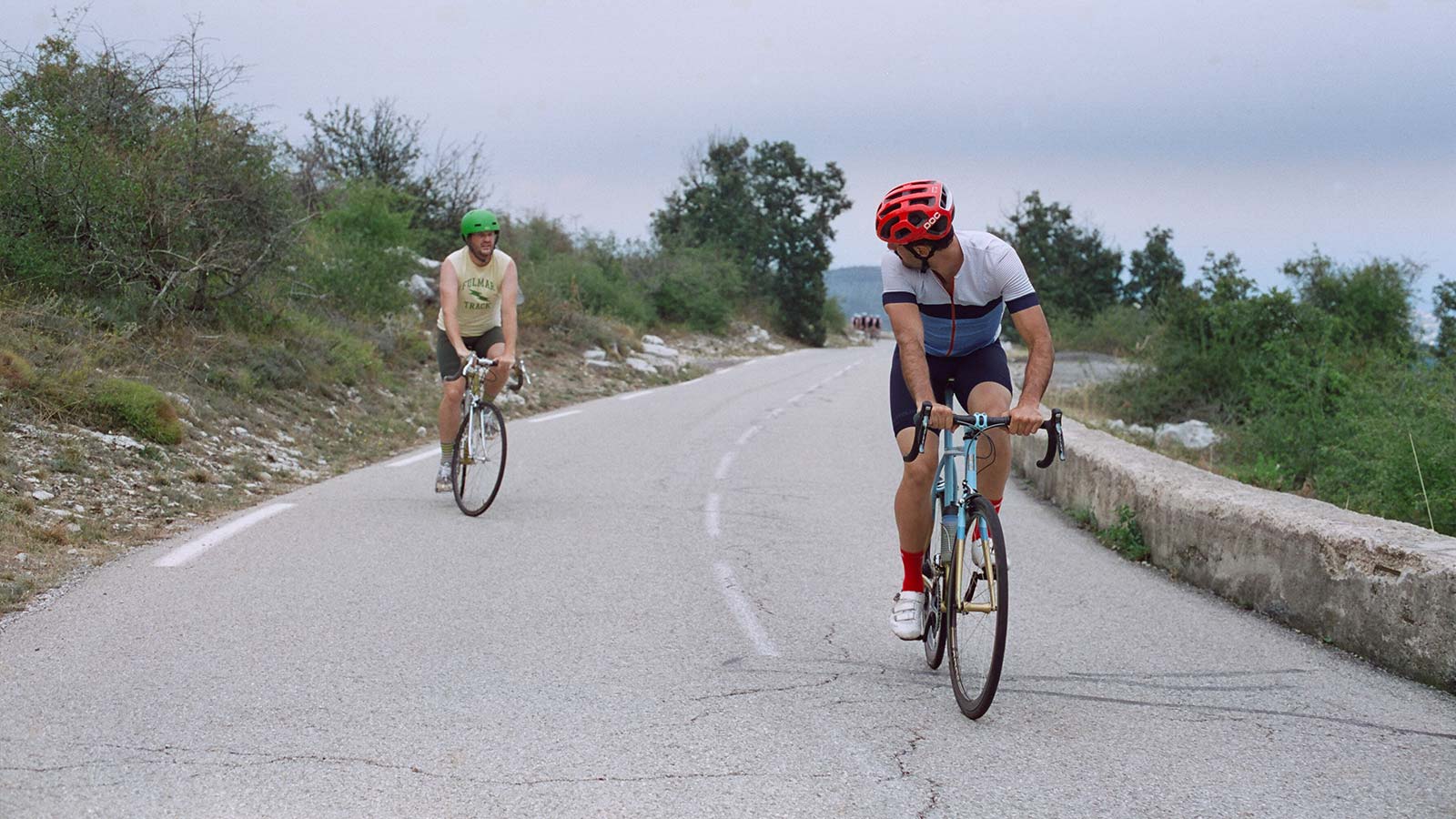 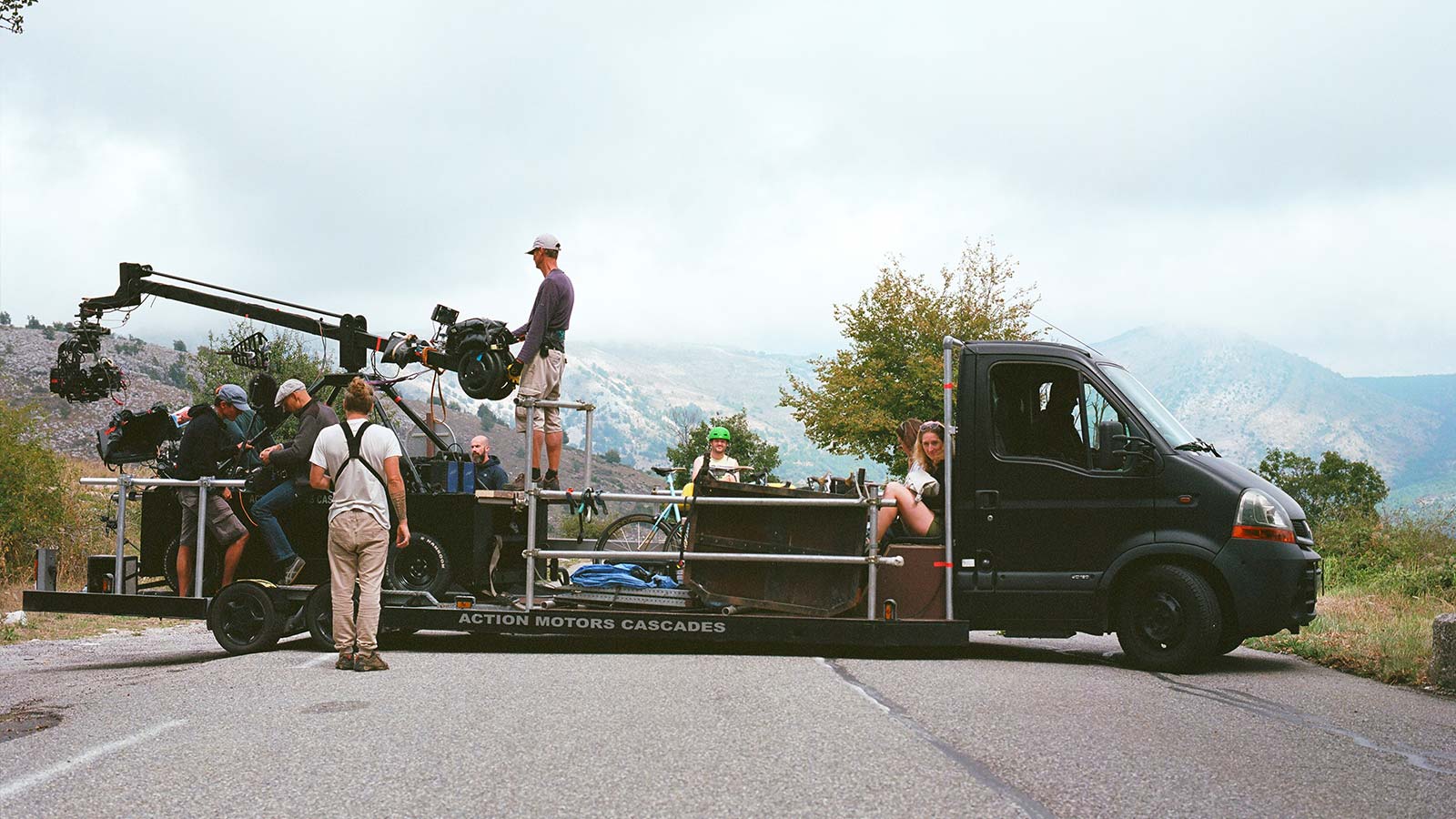 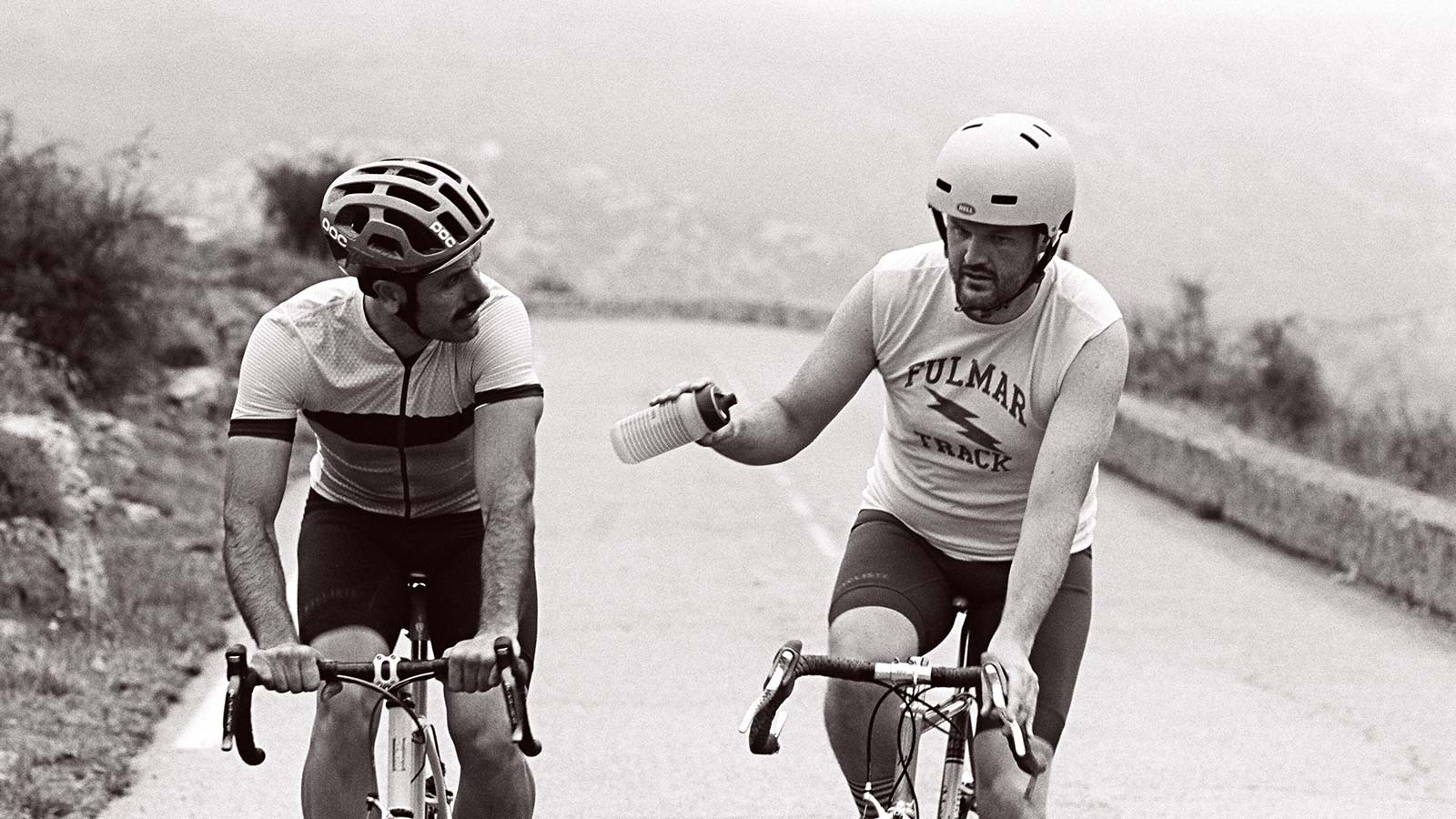 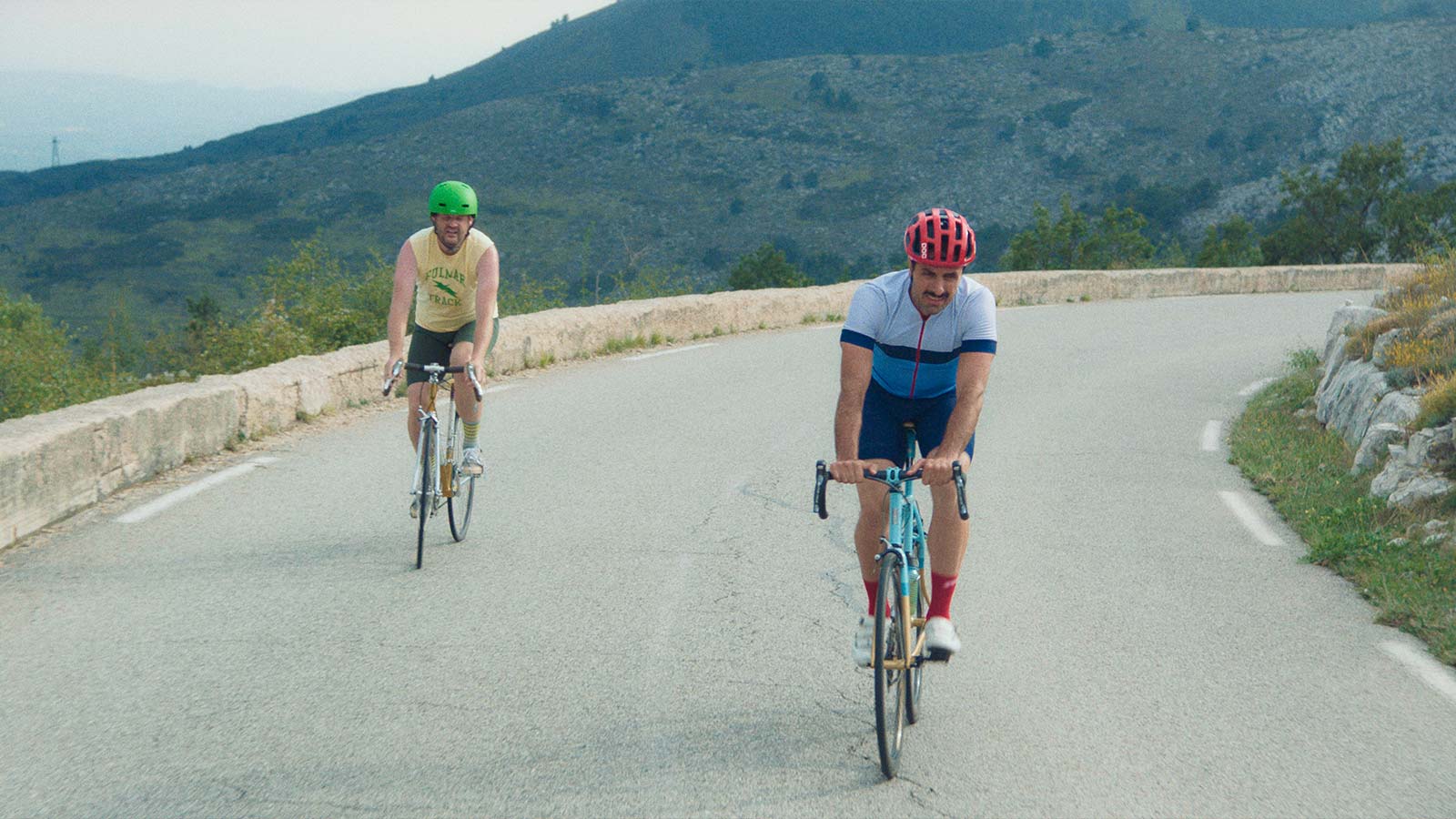 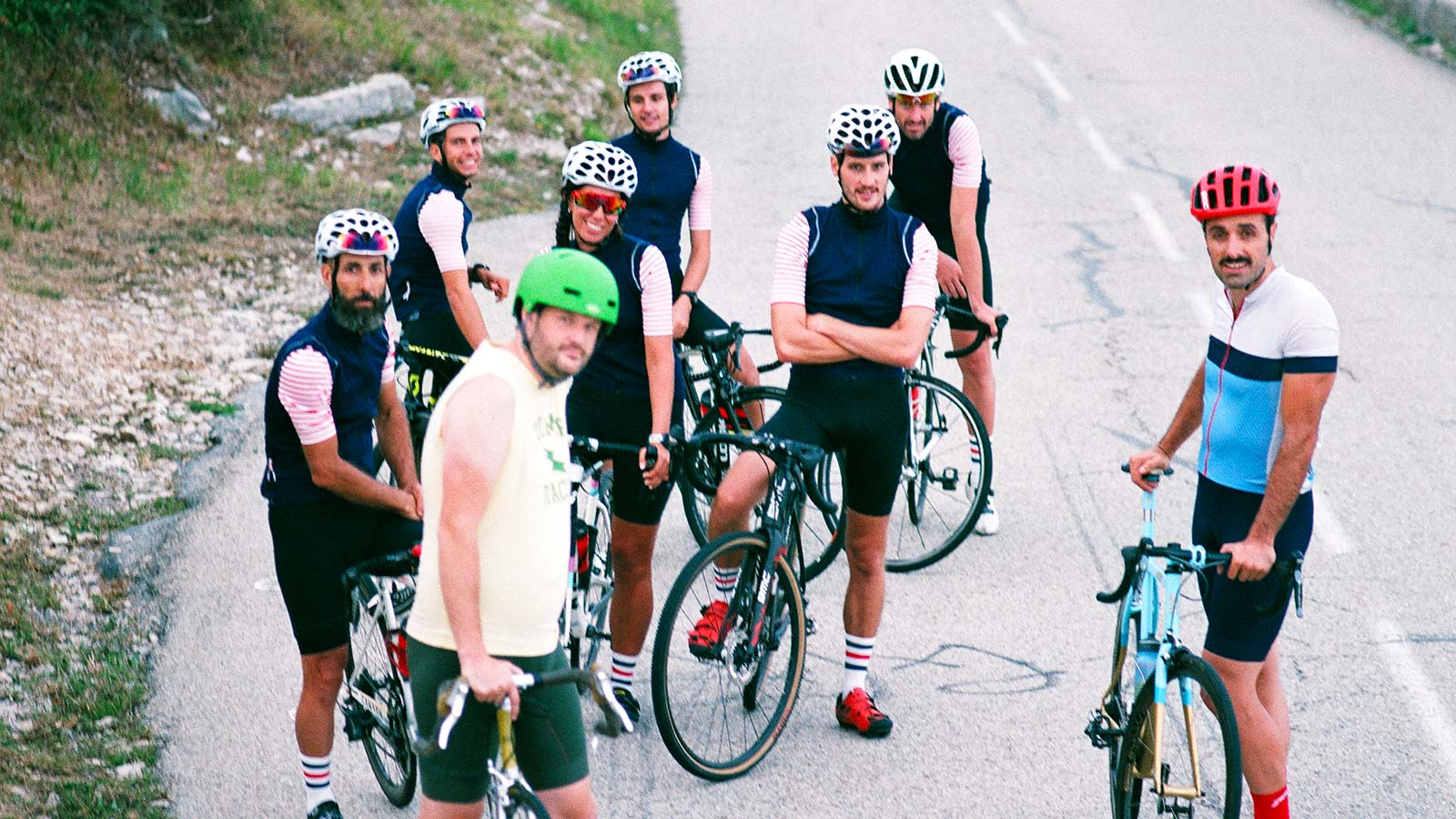