Take Me To The River #2 : Ruisseau de Redebraus

We recently let the cat out of the bag on Col de Braus's dark side - the Riviera Gravel #3 climb up from Sospel which even extends beyond the road pass itself. And whilst we could again wax lyrical about the road climb's perfection, its history with Les Courses Disparues and the Tour de France, its hosting of the Monte Carlo Rally, we won't...

So here is another secret. There's a fresher face to the Braus. On the other side of the mountain the Ruisseau de Redebraus cascades its way down the gorge towards L'Escarène. After you climb the famous picture-perfect hairpins there is a short gravel road that takes you to a waterfall accompanied by a bunker. But it is not the best place for a dip. For that we need local knowledge. 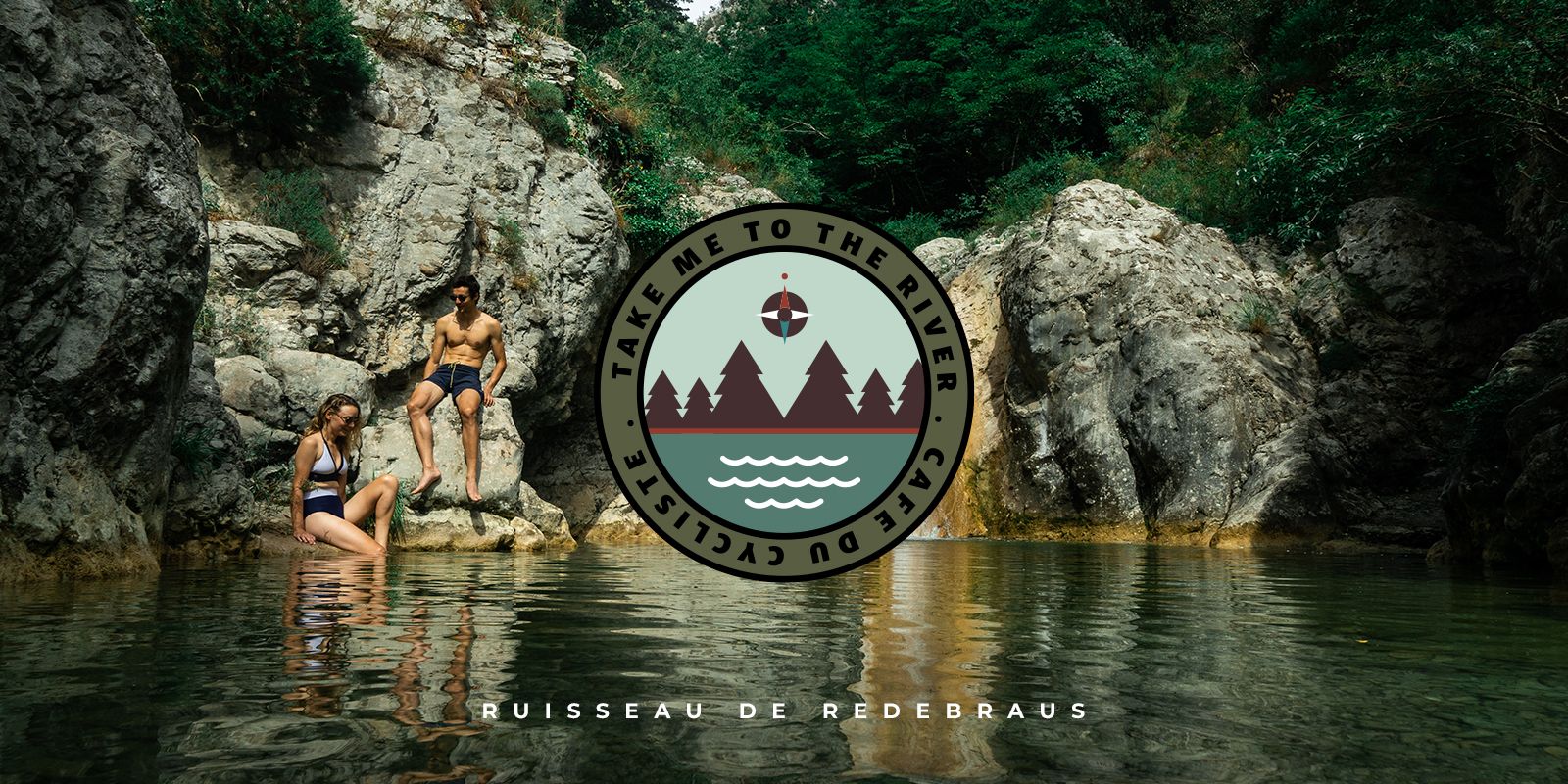 Thibault and Laura are actual niçois cycling addicts. Not a day goes by when they don't either ride or plan the next ride. But they also love the outdoors in general and like to look for something else on the more relaxed sorties; or even better, to mix the two up. Do the efforts, reap the rewards kind of thing. Like Manon and Florent, Laura and Thibault have their favourite spots to ride and swim afterwards and the Braus has grown to be the preferred location to ride hard and then relax even harder in the depths of the gorge. 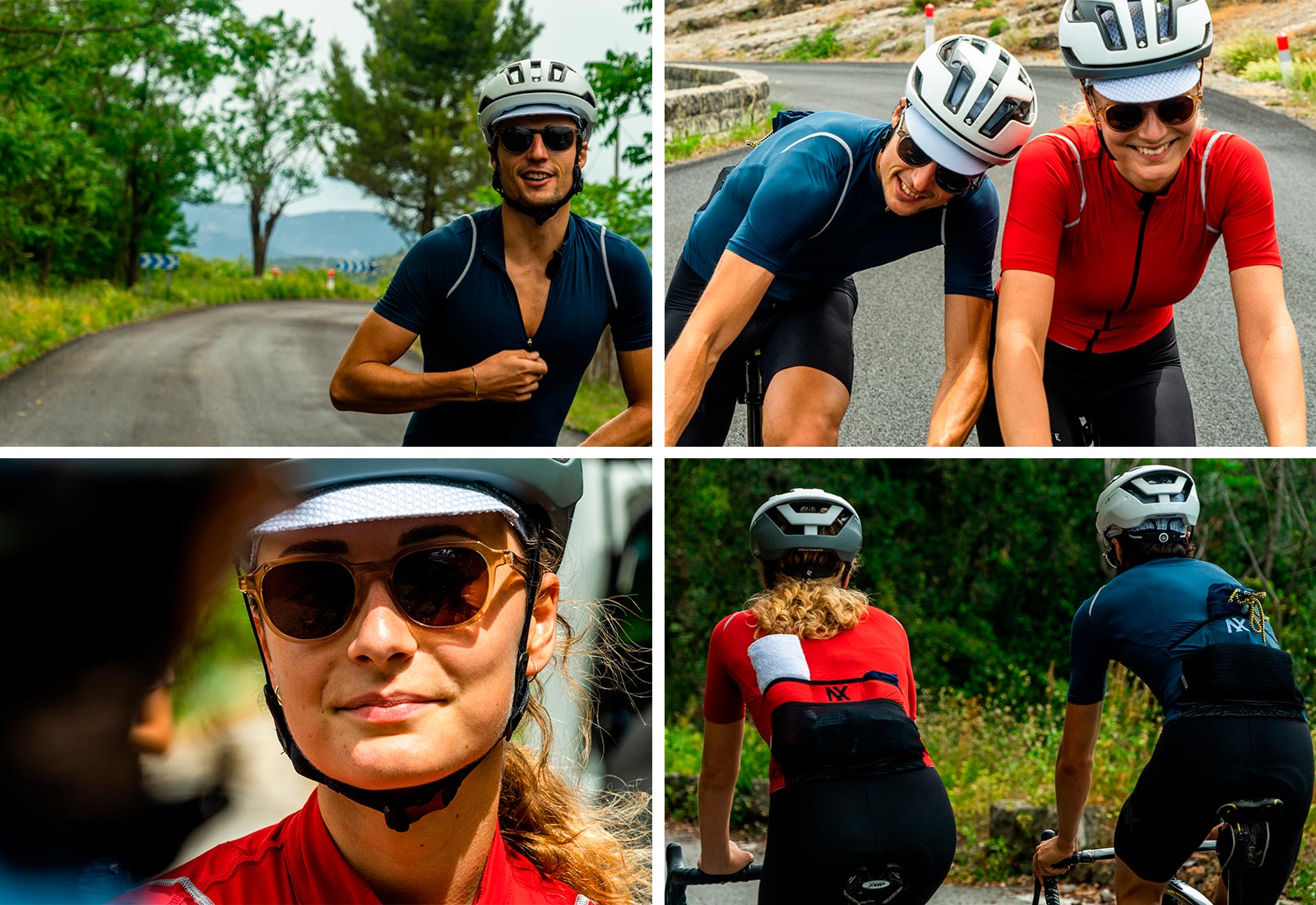 Not that it’s all sunshine and sweat. This summer has seen some high pressure storms so that sometimes it’s a race against the rain rather than your riding partner. The weather can be localised and reading the skies is as important as watching the weather apps, but the heat and humidity rarely changes at this time of year. Thibault and Laura flee the coast but not the rain and arrive in L’Escarène via the Col de Nice a bit wetter than when they originally set out. 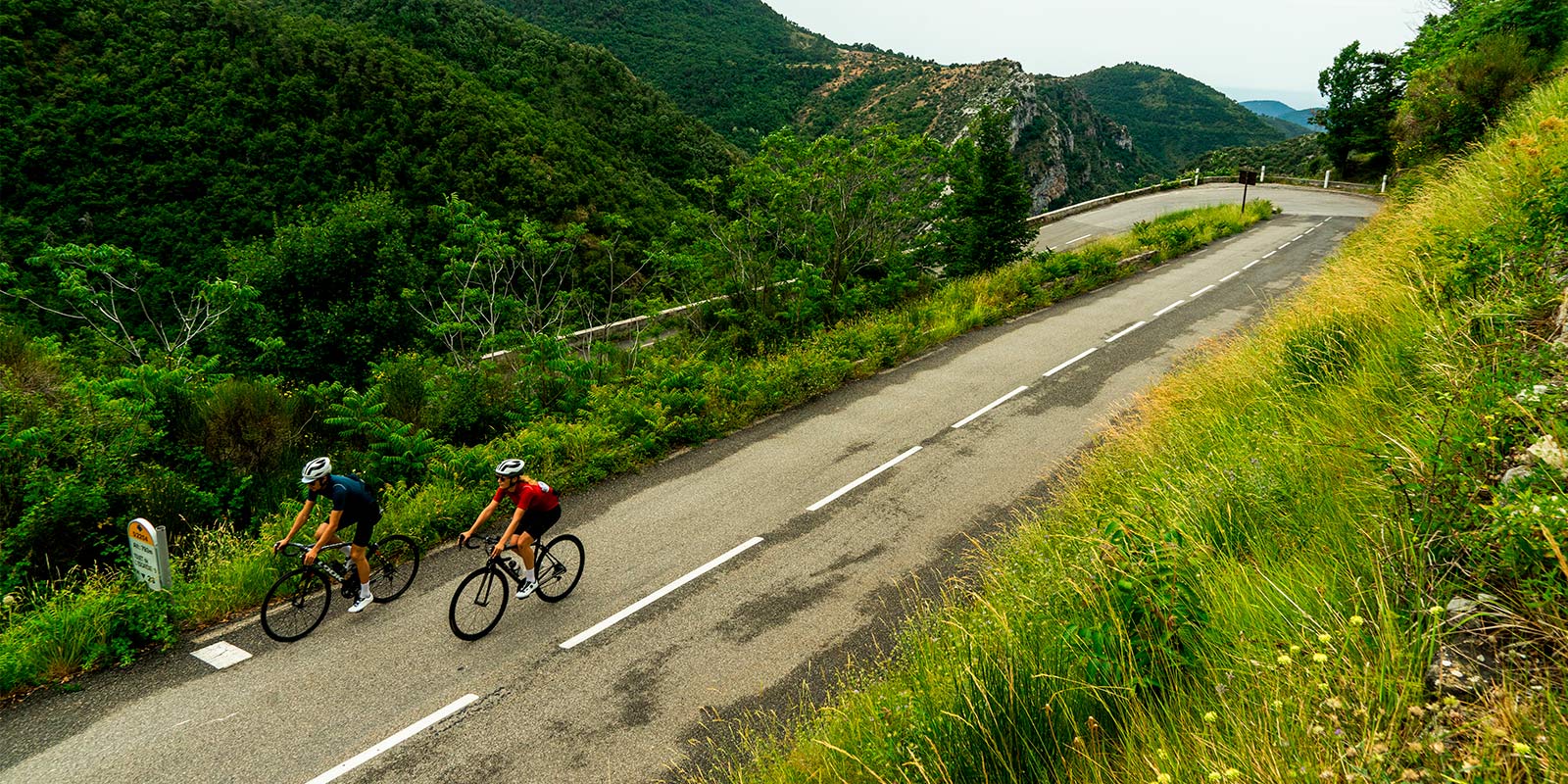 From L'Escaréne there are two choices - a bigger climb directly north towards Luceram where you can choose either the Col de Turini straight ahead or the Col St Roch to the west (which, confusingly, can also lead to the Turini), or the 10km of Braus to the east.

There’s no Zinzin attack on the Turini for Laura and Thibault today; just the traditional climb to Braus with a twist : Swimming trunks and swim suit in pockets and a demi-tour back to the perfect spot.

The skies clear and the heat rises on the drying slopes of the climb which faces south west. This side can be a cauldron on the hottest of summer days and with the sound of the river below it’s tempting to forget the Col and go straight to the swim. However Laura is determined to get the training in, as she intends to tick Col de la Bonette off her to-do list in a few weeks. 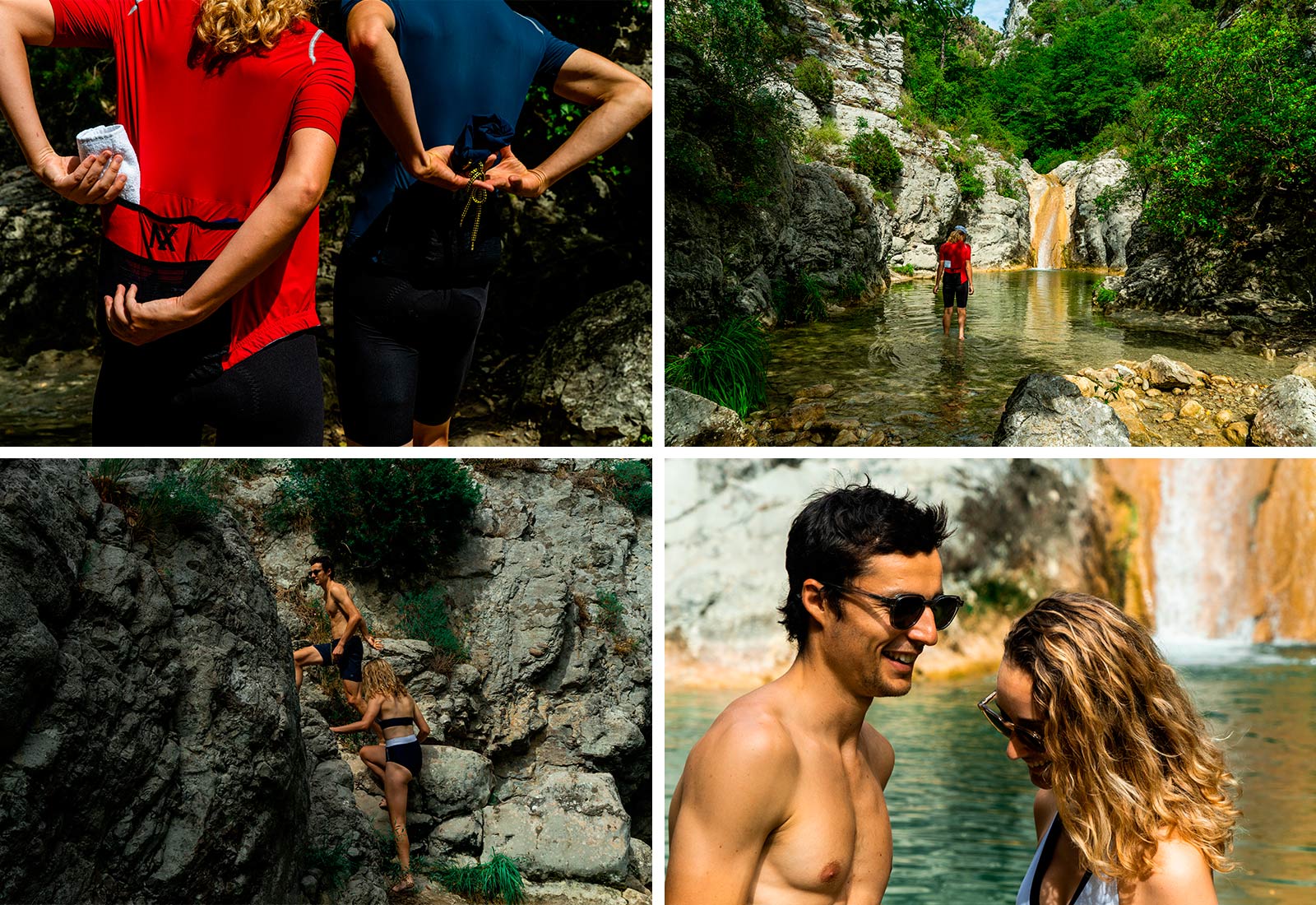 With the climb done, the two riders tumble like water back down the mountain, stopping just before the hamlet of Touët-de-l’Escarène where the trail that leads to the swim hole at the Ruisseau de Redebraus begins. There are a couple of abandoned cars with flowers growing from the windscreen and backseats and beyond that a house with six Patou mountain dogs who aren’t as welcoming as the fresh air of the gorge. Proof, if needed, that you are entering the wild side of Nice’s back country. Hearing but not seeing the river and its waterfalls only heightens the anticipation. 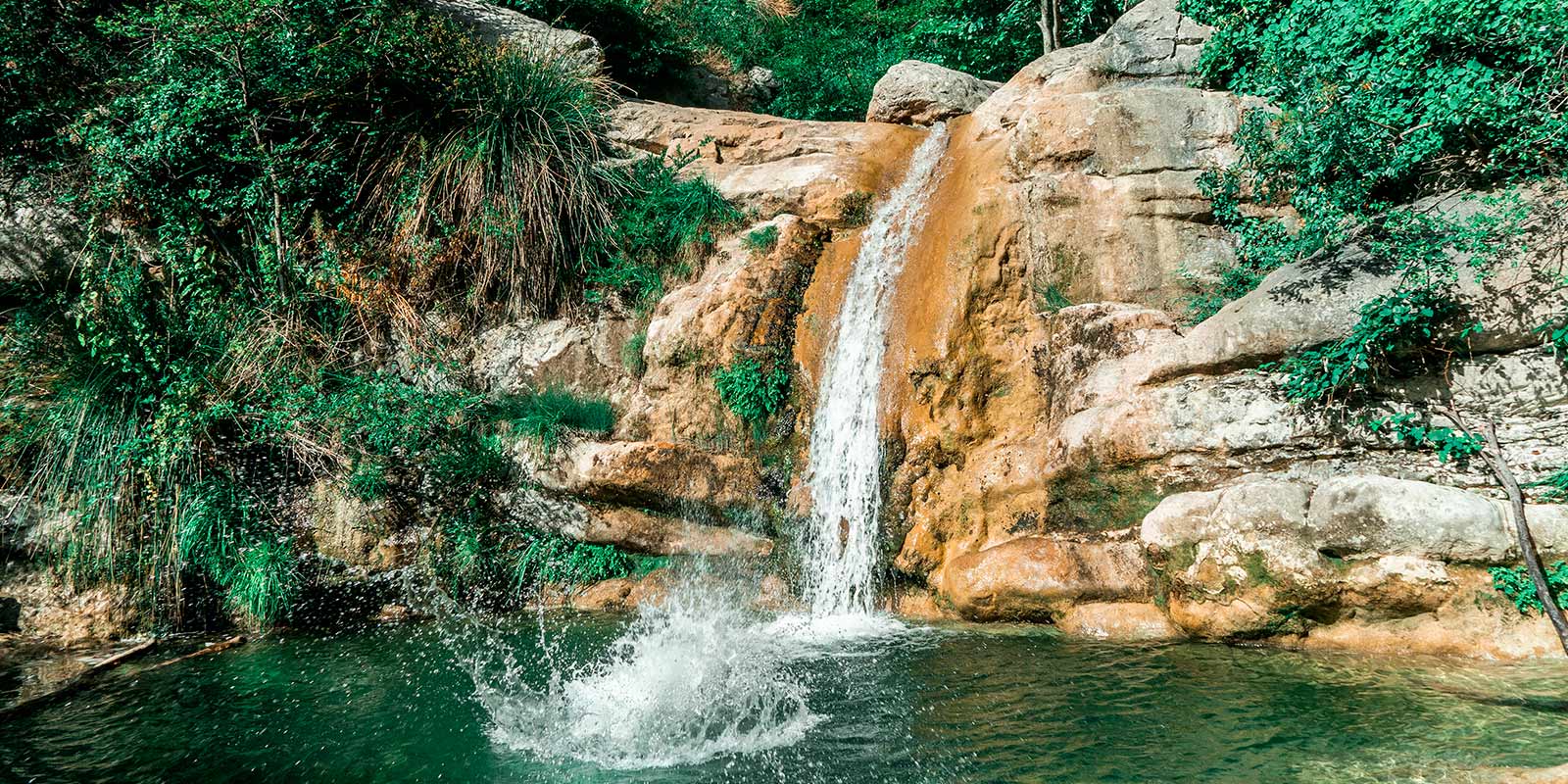 It’s a cyclocross-esque approach with cleats on rough gravel tracks and bikes being pushed or carried over the shoulder. Arriving at the spot justifies the effort. A cascade falls into the pool surrounded by rocks as smooth as newly shaven legs. The mid-afternoon sun casts a direct line of light and shadow across the peaks and into the basin where the river water collects deep enough for diving.

The water temperature is a shock to the system but only for an instant. Every time you dive into a river, the freshness of the water is a surprising contrast to the salt water of the Med. It’s almost like you can taste the minerals that have been extracted from the mountain by the torrents above. It’s a natural consequence of the environment that Thibault and Laura encourage each other to climb higher to free fall into the river. 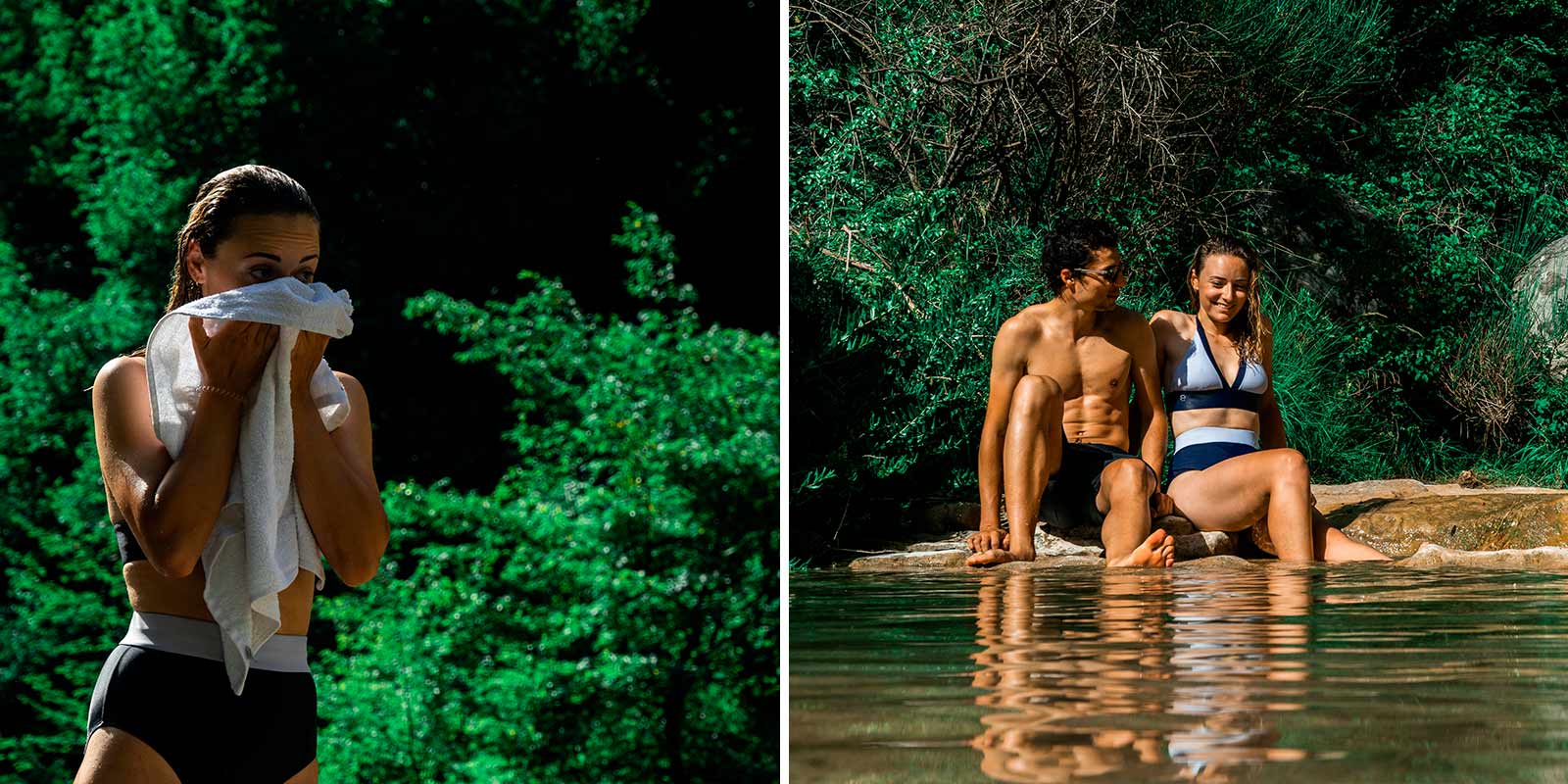 The rocks, warmed by the sun are the perfect place to dry out before thoughts turn to home. And the return journey gets delayed for just a little longer because when Thibault and Laura stop for a minute and look at what’s in front of them, they remember what this place is : a little slice of paradise.

Or simply check out our series of Take Me To The River swim holes.