Return Of The Kong

He's a crime fighter by day, father by night, cyclist and runner at any and every other time possible.

He’s a local amateur rider who happens to be as fast as the pros on the slopes of the Alpes-Maritimes.

Most of all, he’s addicted to the outdoors, to all the training, adventure and escapism the Alpes-Maritimes have to offer. He is Cedrick Dubois...aka...Kong Fùfù. 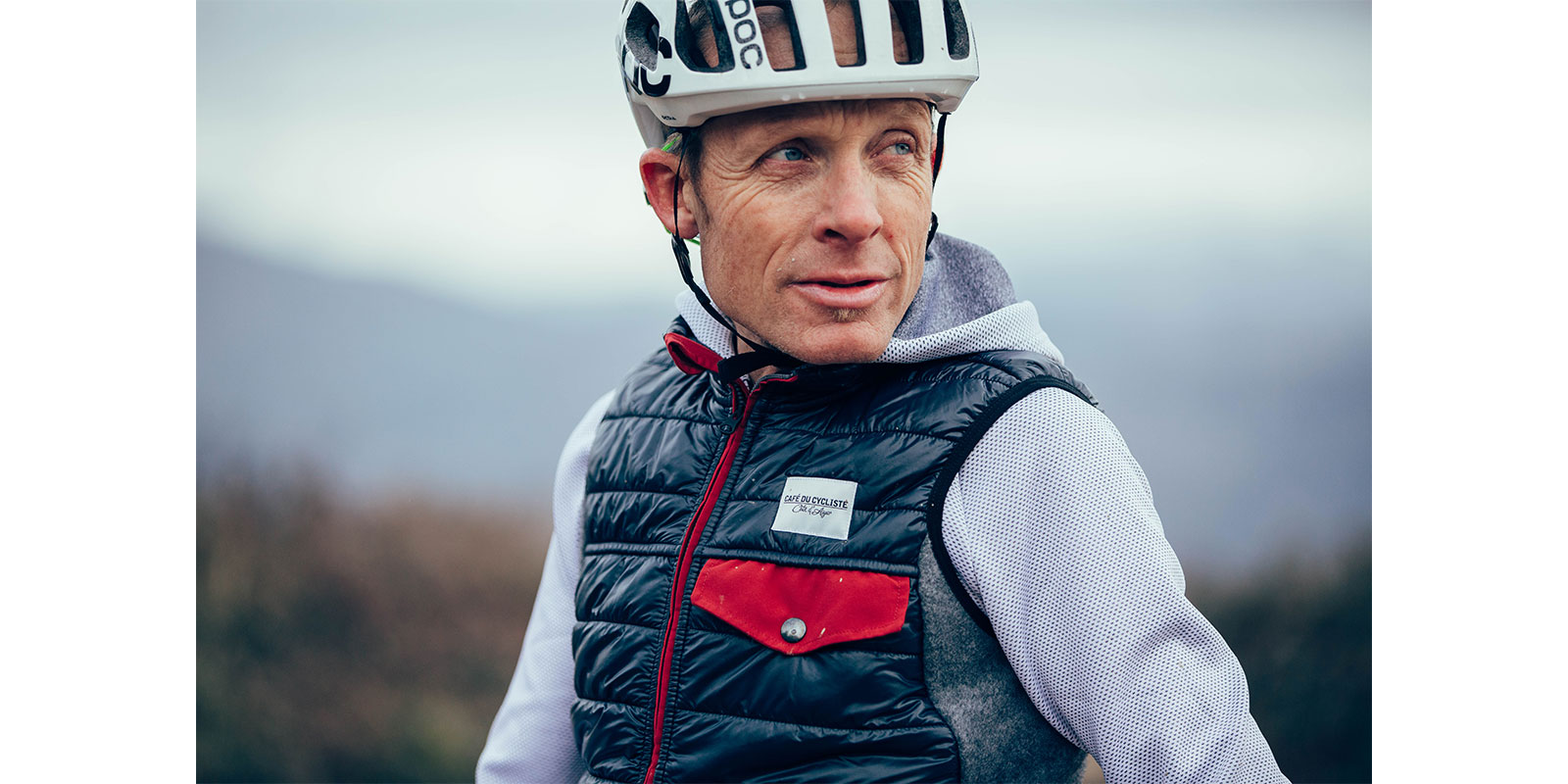 His emergence from Strava ghost to the top step of the Étape podium started in the summer of 2015, shortly after the opening of the Café du Cycliste HQ in Nice's Old Port. A chance visit chez nous led to the Man, The Myth and The Unmasking.

Fast forward to the start of 2020 and the surprising yet refreshing announcement that both the Grand Départ of the Tour de France and L'Étape du Tour are coming to Nice. It was obvious that the winner of last year's Étape should be the guide to what for many will be the ride of the year.

We find the man with perhaps the greatest knowledge of the Alpes-Maritimes, appropriately, doing his winter training on the gravel chemins of Mont Férion. 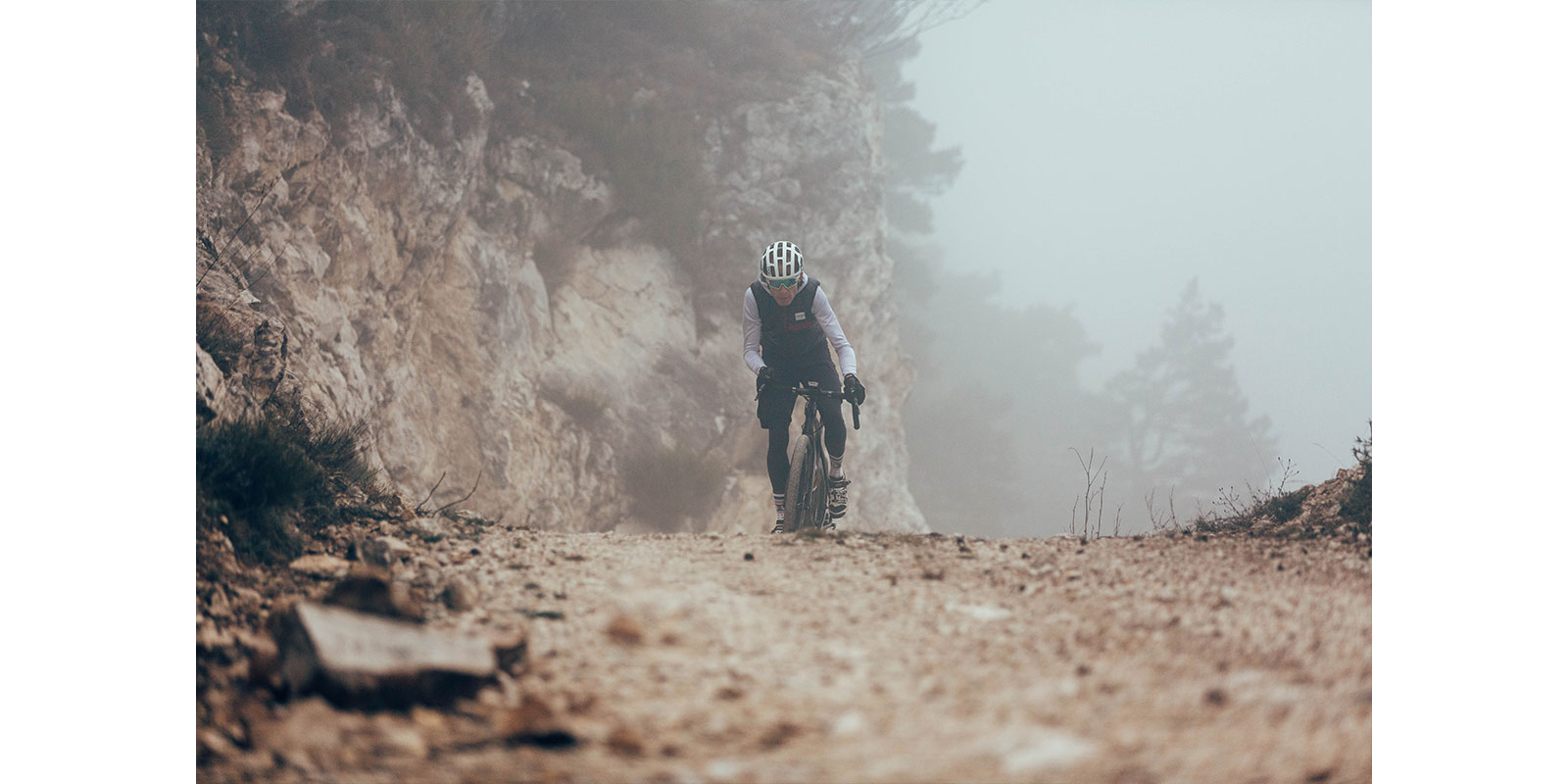 Last year was a good year for you, tell us about your season highlights?

It was a good season, especially because I’ve been targeting L’Étape for three years and, for sure, finally winning it was the highlight.

During last year's winter training , I regularly thought about that finish line at Val Thorens. I became aware of this event quite late on, and didn't realise how popular and competitive it was! It was one trophy that was missing from my collection.

How did you manage to win it?

The competition is high. In France, L’Étape is considered the biggest event of the year for amateur cyclists. Each year, there is a lot of waiting and speculation about the route which is unveiled in October, and those who want to win go and learn the course very early. And the 16,000 entries are sold out in less than half a day!

Last year, what I tried to do was to be present in the leading group at the foot of the 35km final climb, up to Val Thorens. I found myself alone with 25km to go and I somehow held on to take victory. 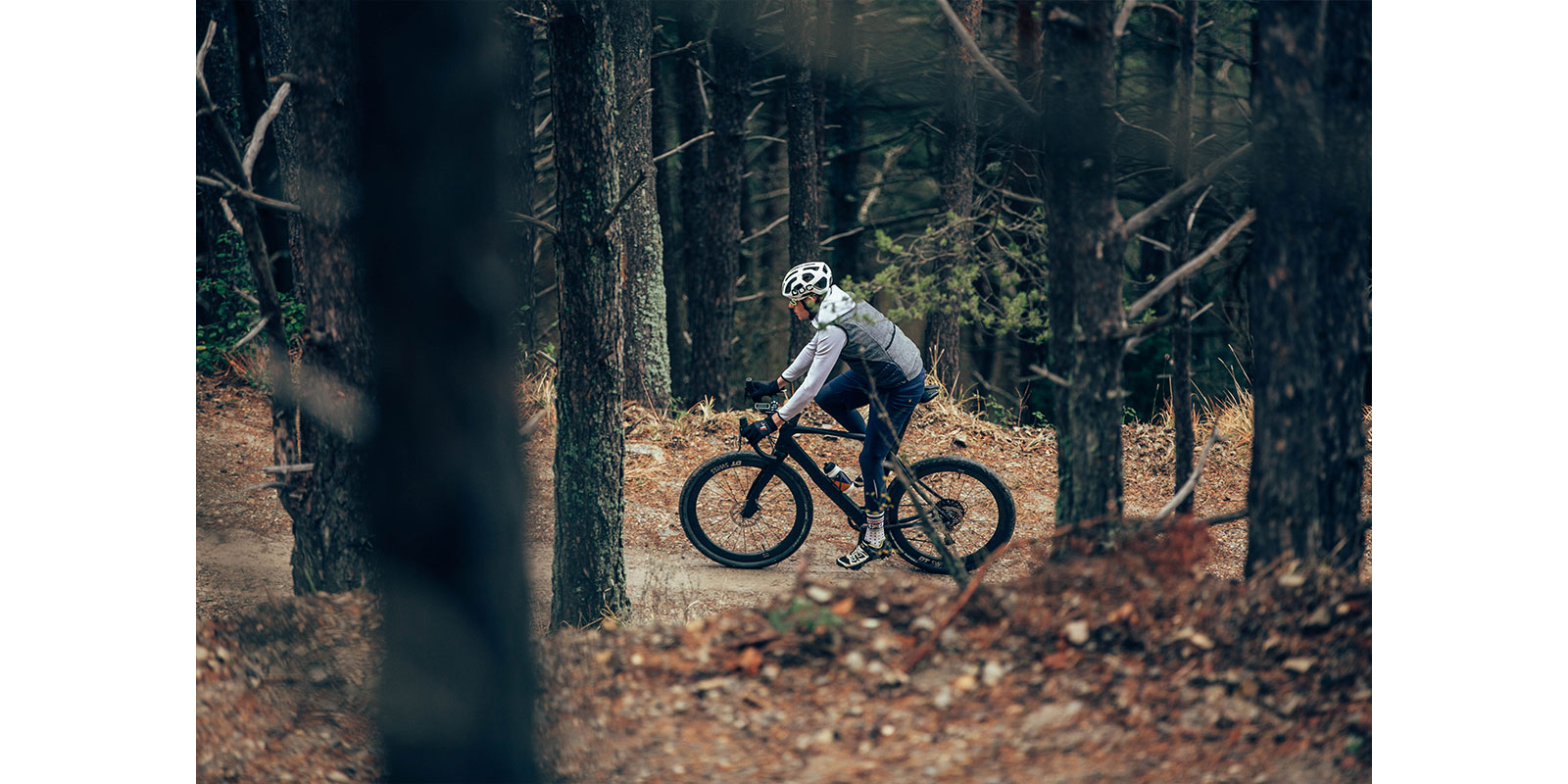 How excited were you to learn that this year’s event is in your own backyard?

To see a stage of the Tour take place here is almost surprising. The parcours covers the more mythical passes of the region, which are part of the Tour's history, but that was some 45 years ago.

For me, to have the Tour and L'Étape here is a source of pride. During the last four or five years you could sense a real attraction for foreign cyclists to the Nice and its hinterland, on top of the professionals who regularly come to train here. To have the cycling world's eyes on our region makes me proud and two stages of the Tour here will attract even more cyclists from around the globe to visit.

What do you think about the parcours for L’Étape?

I think it will really open the riders’ eyes. And this year’s edition of L’Étape offers a sacred finish. After the Col de Turini : 40km of downhill to Nice including the breathtaking descent from the Baisse de la Cabanette with its chain of hairpins stacked on top of each other above the ravine, then to climb and descend Col d'Eze on the Grande and Moynne Corniches before finishing on the Promenade des Anglais is sublime.

But there are even more beautiful landscapes on offer outside of the parcours. Hopefully people will take the opportunity to stay a few extra days and discover all the region has to offer; places like the Gorges du Cians, Gorges du Daluis, Col de la Cayolle or Col des Champs. 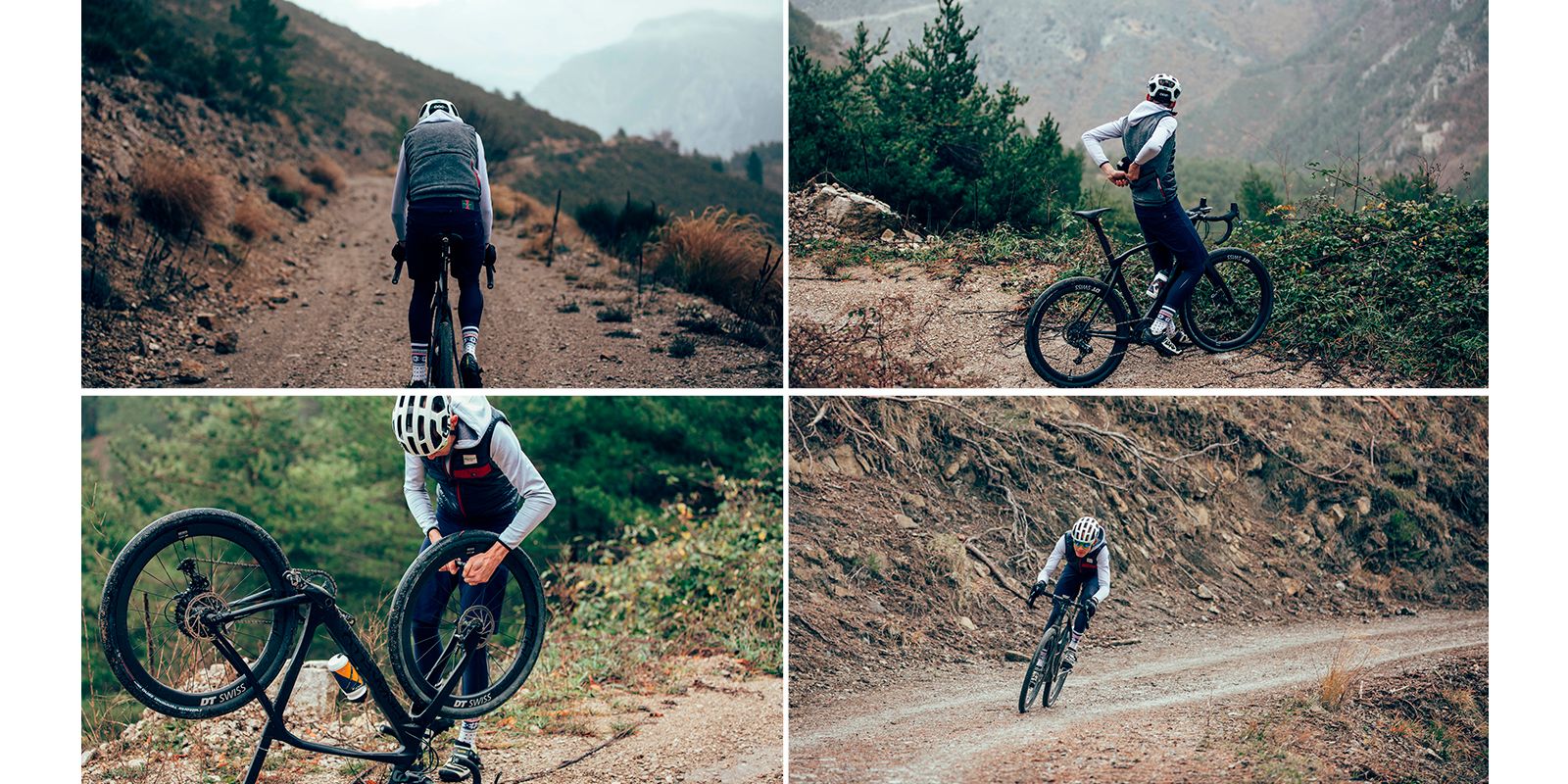 At 44 years old what is your motivation to keep going at this level? Aren’t you tempted to sit back and relax once in a while?

I feel that I still have form, but I work more on endurance and I find pleasure in riding for five or six hours, usually towards San Remo at this time of year. Because I know I still have a certain level of performance, it allows me to continue to enter these events.

I can't see myself stopping but rather moving on to something else, like trail running or gravel riding. I'll only stop when my body and mind tell me to or when I don't have the time anymore. I think this comes from the world we live in today; outdoor sport is a big window to escape out of, to spend time in the mountains or on the bike is a luxury and a way to get away from it all. 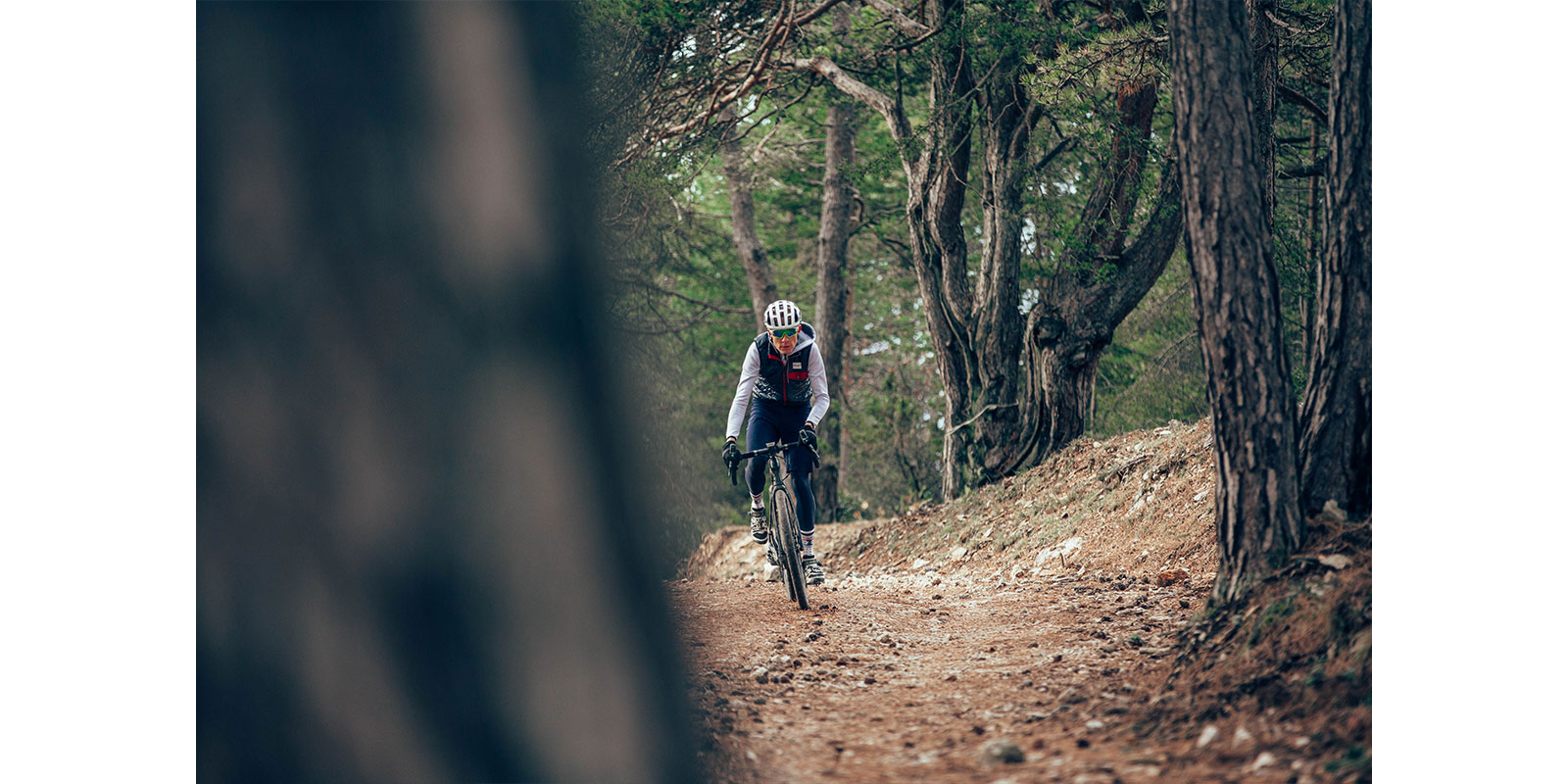 Road-cycling isn’t everything to you – gravel and trail running seem to be as preferable as the classic cols of our region?

I started cycling via the mountain bike in the 1990s and I came to the road after that to improve my fitness. But if I'm honest, my preference is to go by the gravel roads and trails, it's in my genes. I don't rely every time on the road bike, or sometimes I just need to leave the road for the views from the tracks. That's why I add gravel.

Trail running goes in the same direction, there are areas where the mountain bike and gravel bike can't take me. Trail running is for the challenge, to push my limits, to reach the summits of the Mercantour National Park.

Honestly, I manage to find pleasure in any discipline and it means I don't get bored. I jump from one sport to another according to my motivation, the seasons and the weather.

Why did you choose the gravel roads of Mont Férion for your winter training?

Because Férion commands respect, it is a dominant part of the land mass visible from the port of Nice and it is a bit like our Mont Ventoux (only on gravel). The climbs are long and frankly demanding. Effort is required, for durations of 25 minutes and more, which is not bad in winter. Its western slope is exposed to the sun and the tracks are not too rocky, not billiard table smooth, but for this region they are really quite regular. From the port of Nice it's an 80km loop. And the view…. is just magnificent at the top. 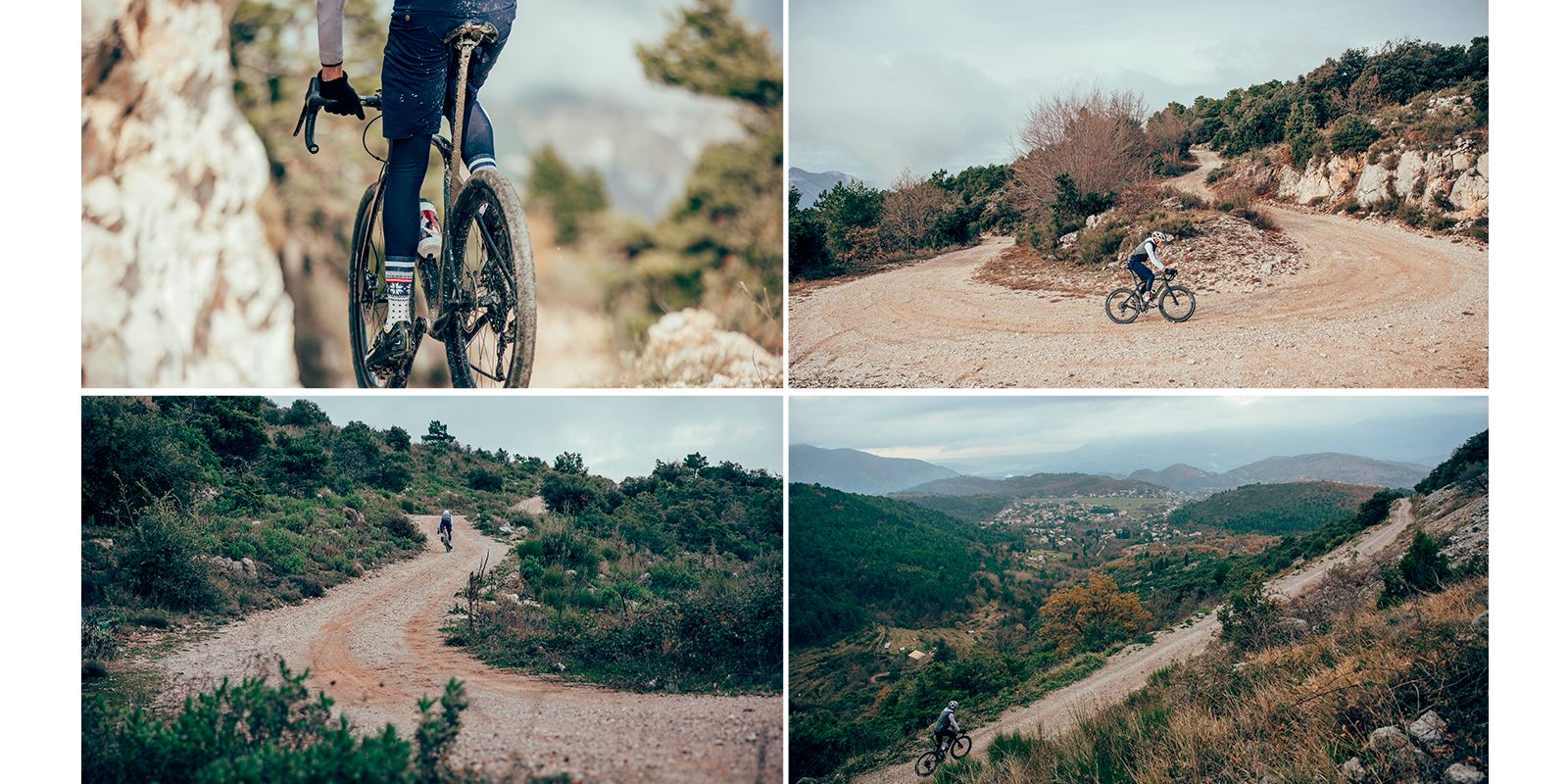 How would you compare gravel riding to road riding?

For me it's simple. If I can ride for six hours I'll go on the road bike, then between three to four and a half hours I'll choose my gravel bike, under three hours and I'll opt for my mountain bike. Where I live, there are no flat roads. That means after four to five hours riding, you're washed out. Each climb is steep so you never recover. It's the same scenario when mountain biking, after three hours you're physically empty.

You won Gravel Roc last year – a nice win given your early career in MTB and your long history with Roc d’Azur – tell us about that race.

I raced my first Roc d'Azur in 1992 in a juniors team! As the race became the last round of France’s mountain biking national cup, I competed around 15 times up until 2004. More recently I did two Roc Marathons in 2016 and 2017 and can admit, I missed it! The tracks aren’t technically demanding but they are fast and you ride intensely for the whole 80km.

The gravel version offers a 65 kilometres course including some classic tracks from Roc d'Azur yet avoiding the most difficult parts. I’m thankful for the organisation to put in place such an event, set during the Indian summer it gathers 300 racers and with the adjoining bike show presenting next season's bikes, it's an enjoyable race!

Do you think this gravel trend will last?

It’s at an early age, like mountain biking in the 1980s. The main difference is, gravel riding has already some variants such as commuters, bike-packing, cyclo-cross and ultra-distance. There aren’t any strict rules, you can come across cyclists with saddlebags and panniers, others with a much more urban style. It’s kind of underground, people like the fact there aren’t any codes, everyone has their own identity in their practice and their own definition of what gravel is. I’m convinced some of them ride on the road with a gravel bike only because they like the look and the spirit of it: a versatile bike made for all kinds of adventures. I like looking at what’s being made in the U.S. as there are plenty of small independent builders making interesting bikes.

But you'll still focus on the road until at least until the 5th July 2020?

For sure I will. Even though I know every climb with my eyes closed, I haven't yet ridden the full parcours of L'Étape in one loop. I'll have plenty of opportunity as I'm guiding cyclists from abroad who are coming to familiarise themselves with the route. An exciting season lies ahead! 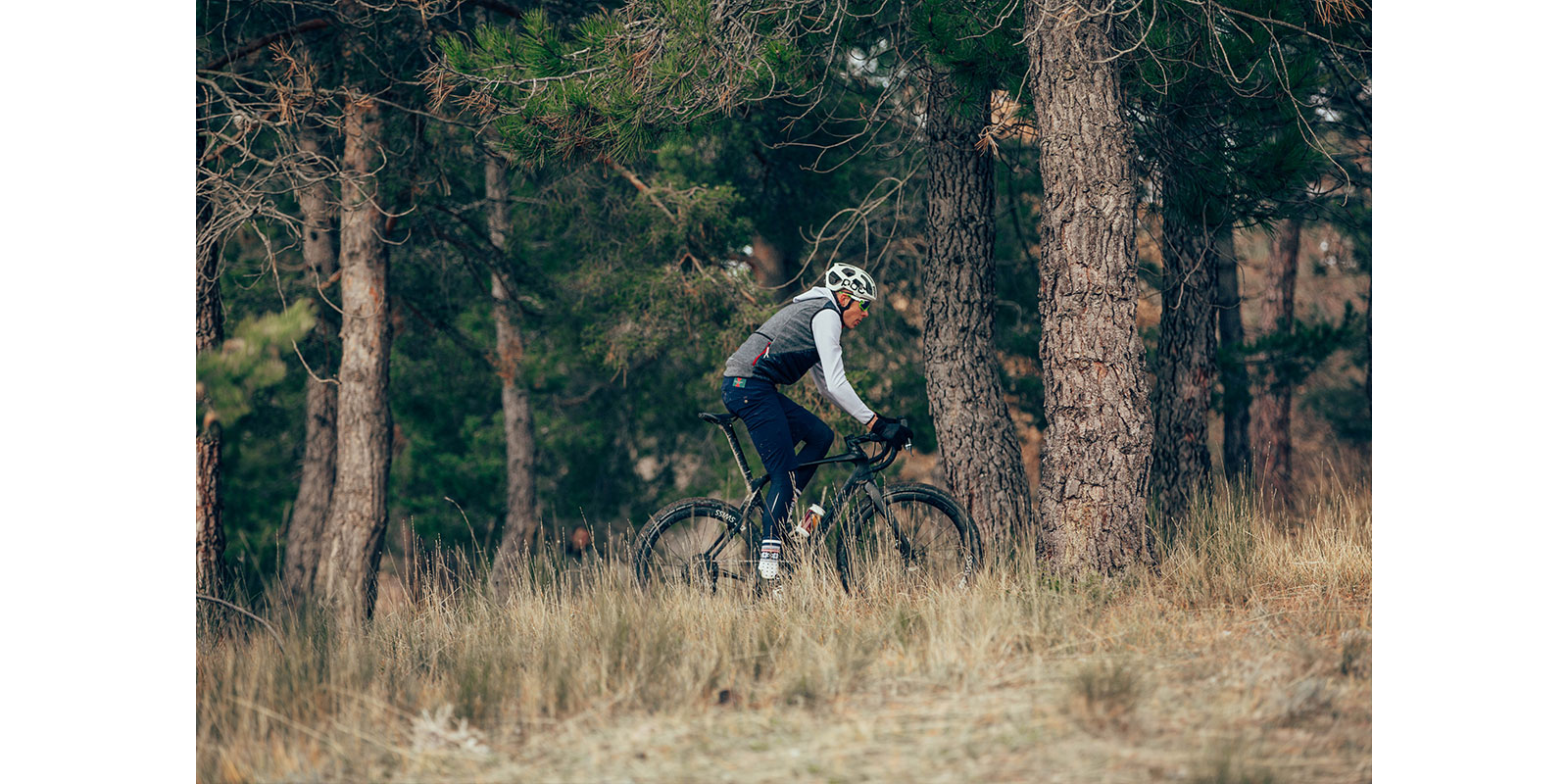 Despite his love for the rough stuff, Kong Fùfù will be back on the road shortly to show us the first climb of L'Étape : the Col de la Colmiane as part of the guide to the mountains that will be the stage of many stories for both professionals and amateurs alike this summer.