I was a downhill skier but I moved to alpinism because I was looking for something more. I was running for training during the summer and I was doing well competing in local races. A friend said Skimo was perfect for me, combining skiing and running. I tried just for fun and fell in love with this sport - it’s a beautiful way to explore the mountains.

Now I compete in the World Cup, an international Skimo circuit, in which there are three different stages. The first one is sprint. The second one is vertical, it's 20 minutes only uphill - you have to push very hard. Last is the individual race over varied terrain which is my favourite. I have never won the World Cup as I am not a sprinter, and the sprint races are very important. But I have won several stages, with my first victory being three years ago in Andorra.

The best part of skimo is that you don’t need the lifts or the slopes, you can go whenever you want, to places which no-one else can reach in the mountains.

For me, it is not just about the racing for me but a love of nature and the outdoors. Now I live in Albesaggio and train in San Giuseppe but I grew up in the Dolomites near Cortina which is my favorite place to ski. San Giuseppe is good for skimo, but nothing can compare to the beauty of the Dolomites.

If I had to summarise skimo in three words they would be beautiful, freedom and mountains. The similarities with cycling are endless. The uphills and downhills, the fun, the endless opportunities to explore so many different roads and routes. The feeling of satisfaction when you reach the top of the climb and get ready for the descent.

For me there’s only one difference between cycling and skiing, it’s just the season – one is for winter and the other is for summer.

I usually ride around Albessagio as there are a lot of good climbs like in Valmalenco and Chiareggio, also Di Gera e Di Campomoro which was in the Giro d’Italia for women. I also love training in Corvara, where we can climb Passo Pordoi, Valparola, Passo Gavia - I think it’s the best place for cycling in the world. 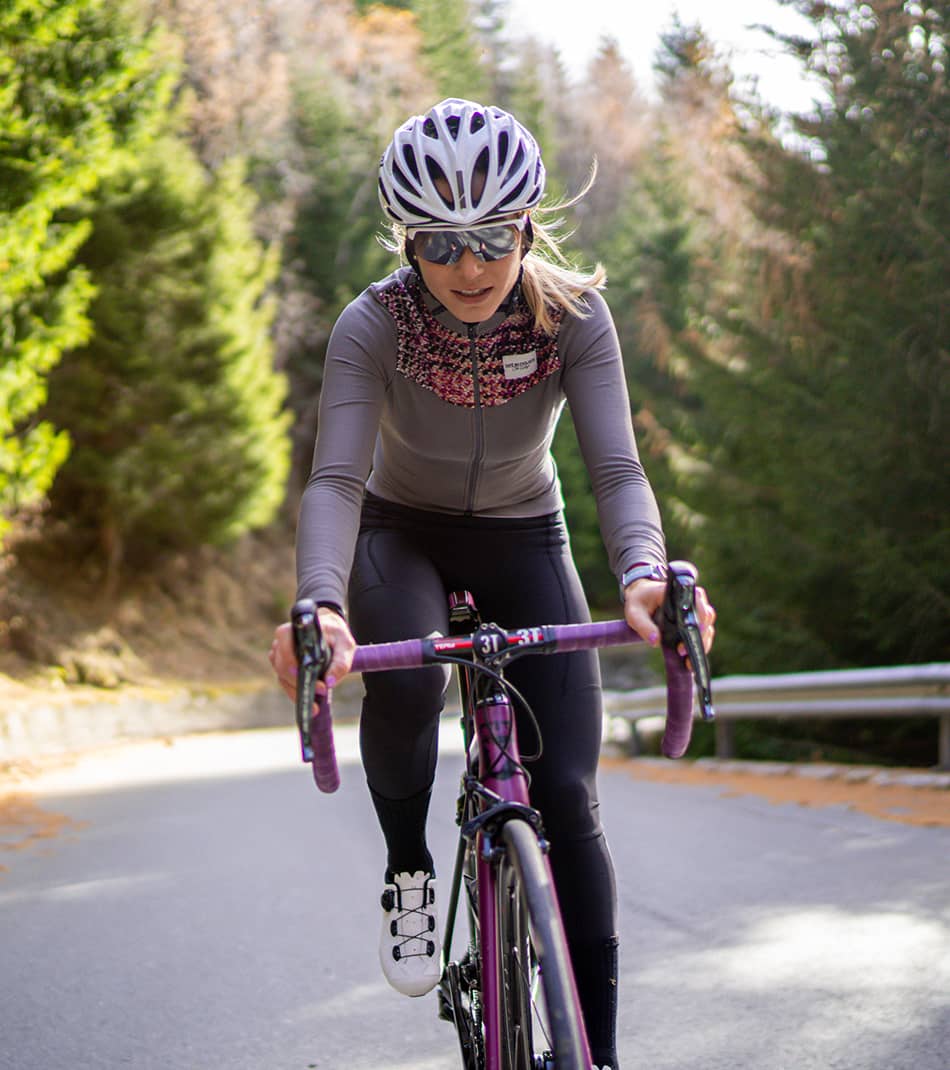 I really like road cycling and I am riding three or four days a week during the summer. I also like MTB but I'm definitely lacking a bit of technique so it can be quite unnerving. 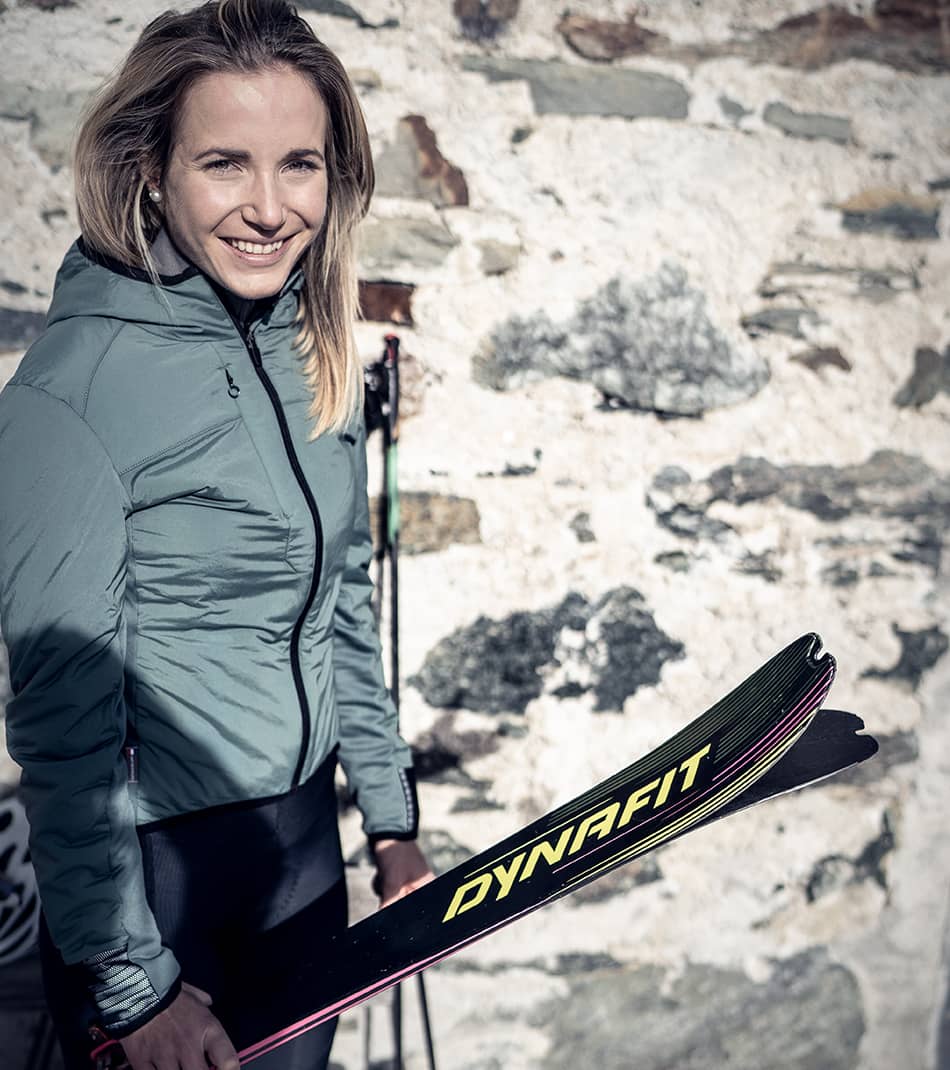 For me, I feel you can really explore with a bike. I don’t cycle with the intensity that I ski or run with so it is much less stressful. Sometimes I push hard in some climbs to see where I can go, but that’s all. It’s my passion. 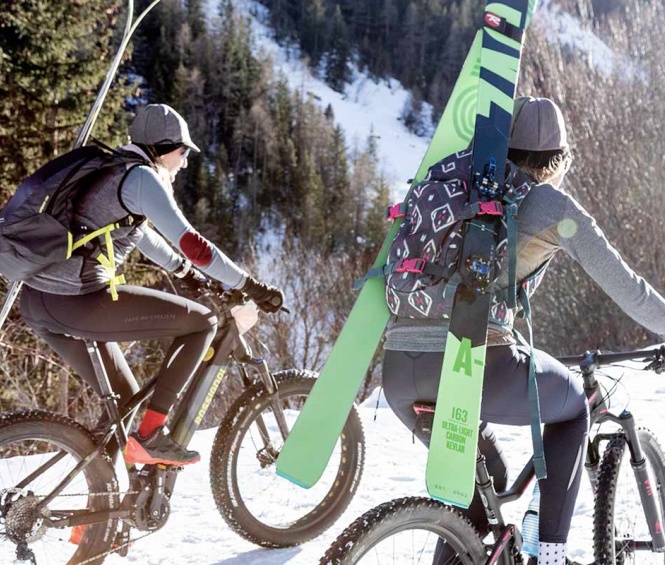 At 1600m up, deep within the Mercantour National Park, surrounded by snow-covered peaks, the pick-up truck is being loaded two by two. 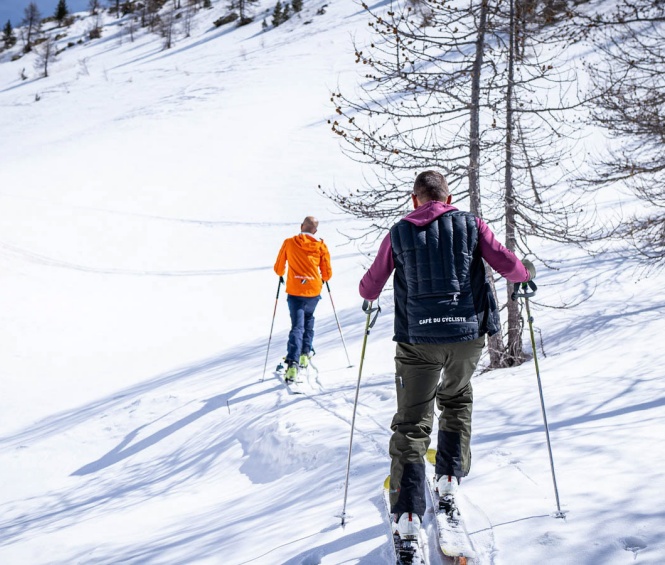 What better way to finish the winter season on the Côte d'Azur than by combining hours in the saddle with a day in the snow on two skis. 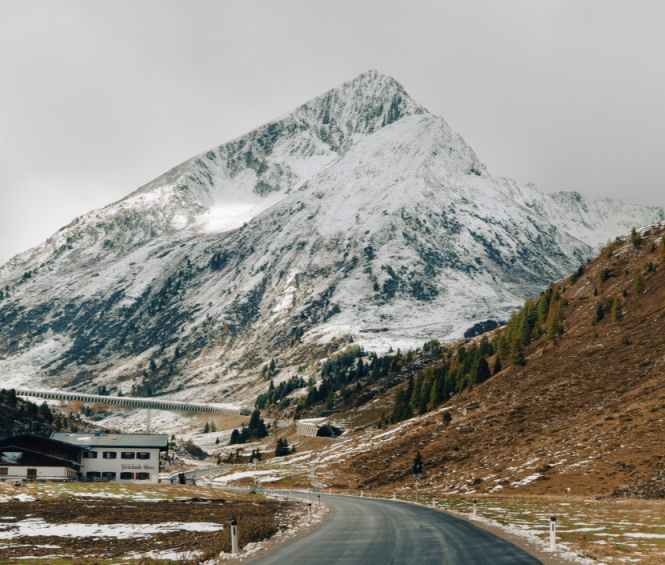 Snow has just started to whiten the top of Kühtai - a mountain which holds a special place in my heart and the perfect location for a pre-ski season climb.

VIEW MORE
BACK TO THE CARAVAN