The Origins of Audaciousness 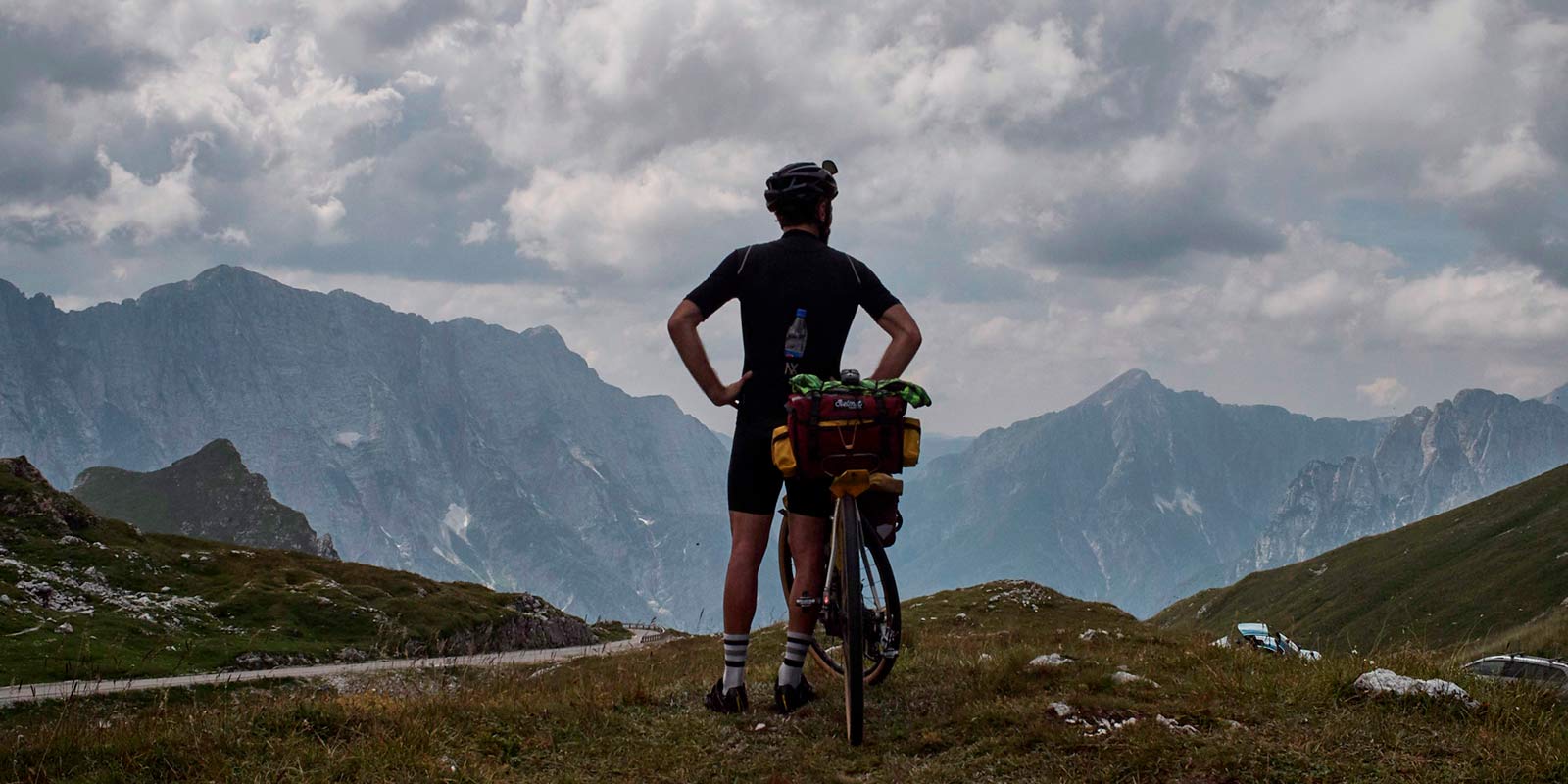 Randonneuring, endurance cycling, long distance, ultra-cycling, brevet…there are so many variations. We prefer Audax. Some definitions may have subtle differences, but they all have one thing in common. They’re long. We like long, we don’t know when we started liking long, but it’s grown to be part of our DNA.

Whether it’s riding from point to point or spending all day scaling our beloved Turini we don’t tend to apply too many rules, we just ride until the body says “no more”. But scratch beneath the surface though and you’ll find a community going back over a century. You’ll find a catalogue of rides, some designed for the lone rangers, who like to spend days alone in the saddle; and others that put camaraderie first, made to make and break the bonds between riders, and that offer an opportunity to share in something truly beautiful.

The original Audax dates back to 1897, across the border in Italy. As bike racing was becoming more popular, people started to look for alternatives from the classic format. Something that could push the boundaries of what was possible, and that pitted riders against the elements, rather than against each other. A purer form of cycling, no pacers, no support; just riders at one with the road.

Led by a man called Vito Pardo, the rules were set. The aim was to cycle from Rome to Naples as a group, within a time limit of 18 hours. Entry was 5 lire, and finishers would be awarded with a badge. The distance was 230km, which compared to modern distances may not seem like that far but take into account the quality of the roads and the equipment available to them, and it’s easy to see why they were regarded as “zinzins” for embarking on such an endeavour. 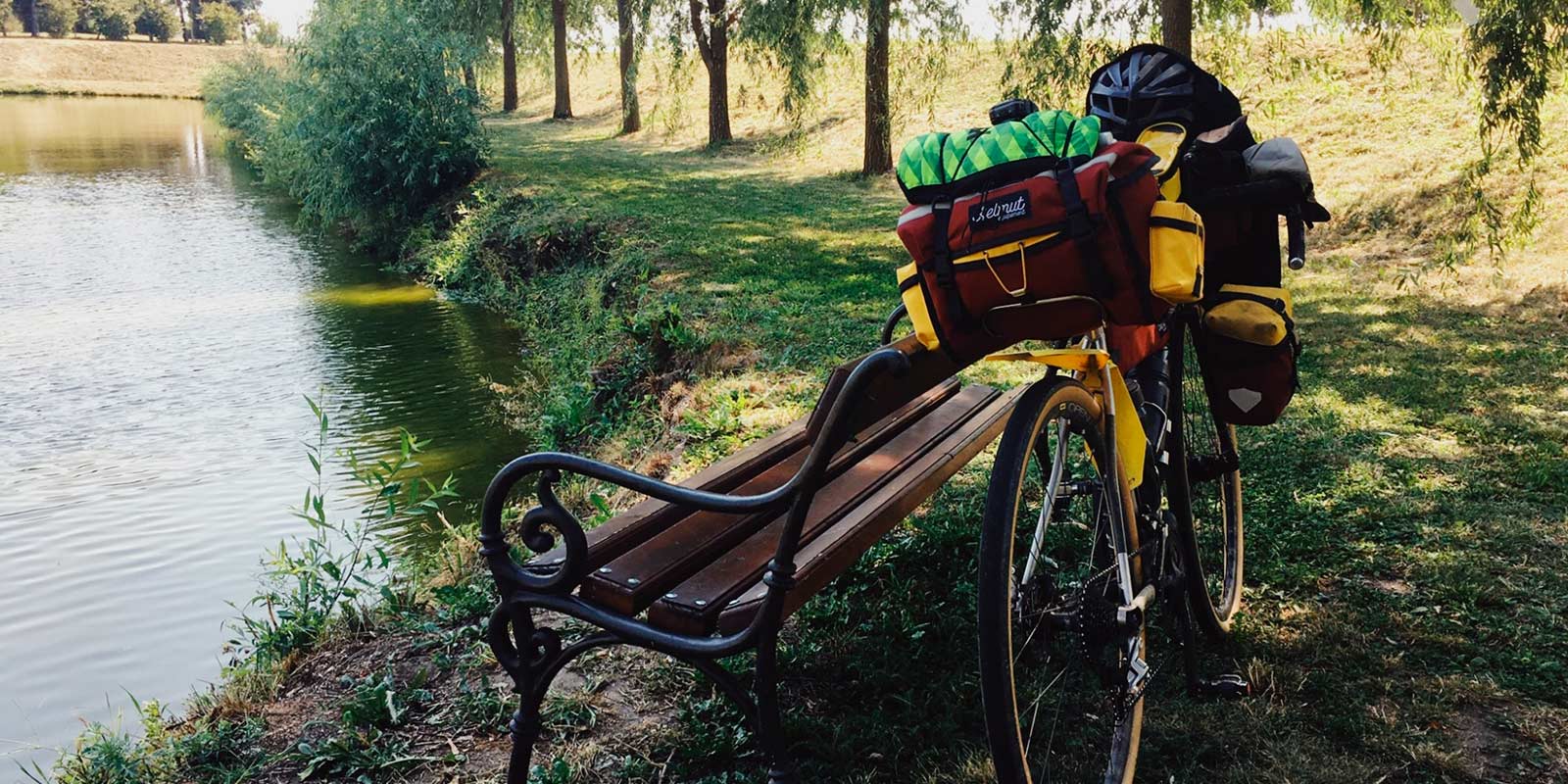 Nevertheless 18 hours later, nine riders rolled into Naples. The newspapers caught wind of what they’d achieved and the next day labelled them “Audace” - Audacious – and so Audax was born. It didn’t take long for their Neapolitan counterparts to decide they needed to prove they were also up to the challenge. A few weeks later twenty riders would roll into Rome, and as both groups of riders congregated in the capital it was decided that the definition of Audax would be 200km ridden within daylight hours as a group. This was the birth of Audax Italiano and soon there were Audax groups appearing all over Italy. 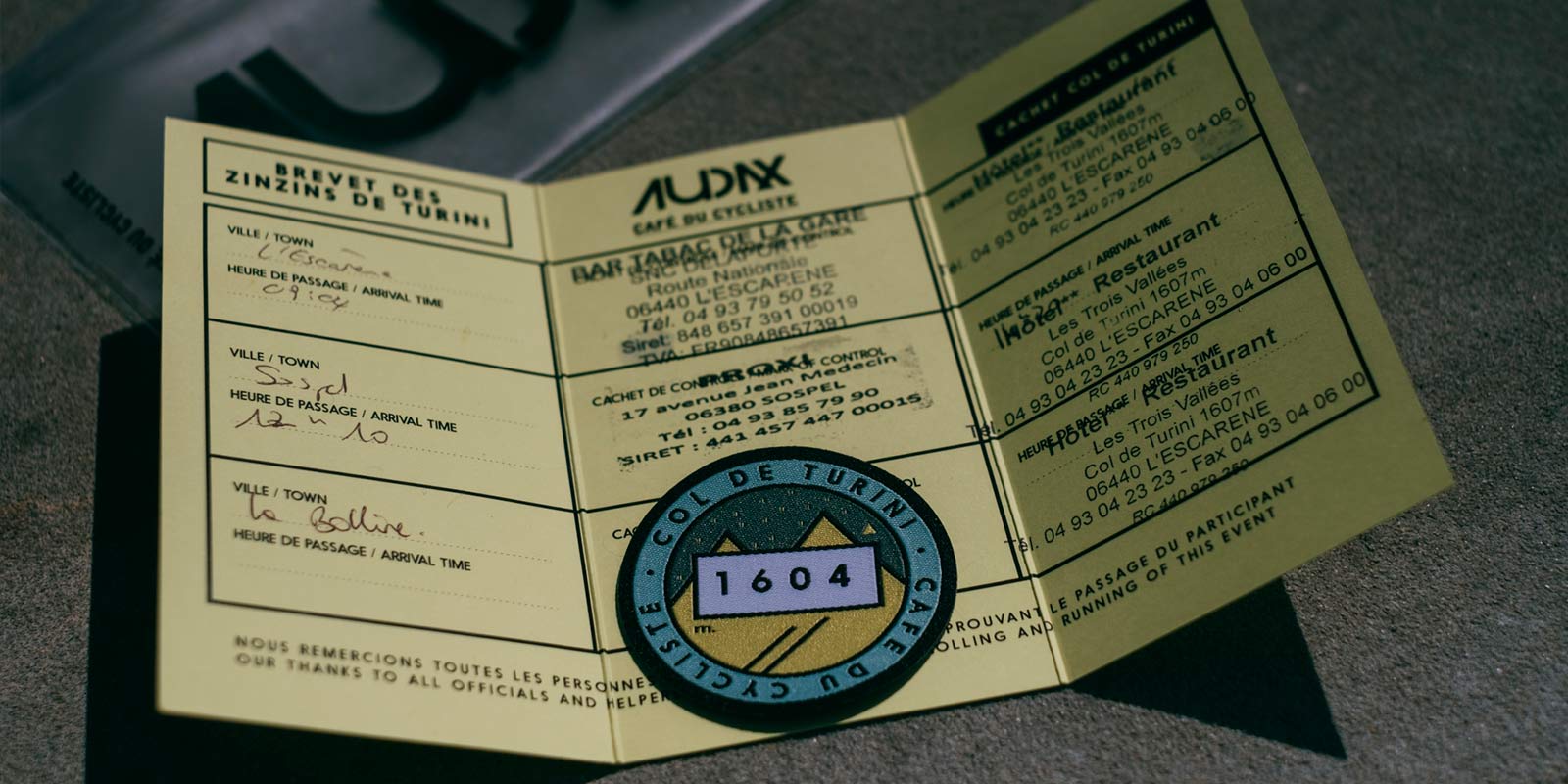 News of Audax soon spread across the border into France. Henri Desgrange, a former world record holder for the hour and the first organiser of the Tour de France, lamented the fact that there were no such groups in France. As a former racer himself, he saw it as an opportunity for those whose racing days were behind them to take on a new challenge. In the summer of 1903, the Audax Italiano group decided to ride to Paris. Desgrange proposed to put together his own group of select riders, capable of completing such a ride, and arranged for them to ride ahead of the Italians with the support of l’Auto newspaper.

In January 1904, Desgrange announced his intention to form his own French Audax organisation, and by that spring the first French Audax ride was hosted and the Audax Club Parisien (ACP) was formed. Riding from Paris to Gaillon, there were 37 entrants of which 29 went the distance. They were each awarded a medal, and labelled Audaxers. From then on Audax rides became a feature of the cycling calendar in France, featured in newspapers alongside races like the Tour de France and Paris Roubaix.

As the popularity of Audax grew, as did the distances, and by 1908 events were touching over 400km. However, it wasn’t plain sailing. In 1921 the ACP assisted in an event sponsored by rival newspaper, l’Echo des Sports. When Desgrange caught wind of this he rescinded the ACP’s authority to homologate Audax rides. Up until that point Audax had always been ridden as groups, at a set pace. No longer allowed to use the rules created by Desgrange, ACP decided to create their own – the Brevet des Randonneurs Francais. This introduced the idea of “allure libre”, meaning riders were free to ride at whatever pace they wanted – so long as they completed the ride within the time limit.

The split meant that events such as Paris-Brest-Paris would often have two versions, one for the Randonneurs and one under Audax rules with a predefined pace of 20 km/h. Ever since, there have been two main forms of Audax – Randonneuring and the traditional form where riders ride in groups, now often known as Euraudax. 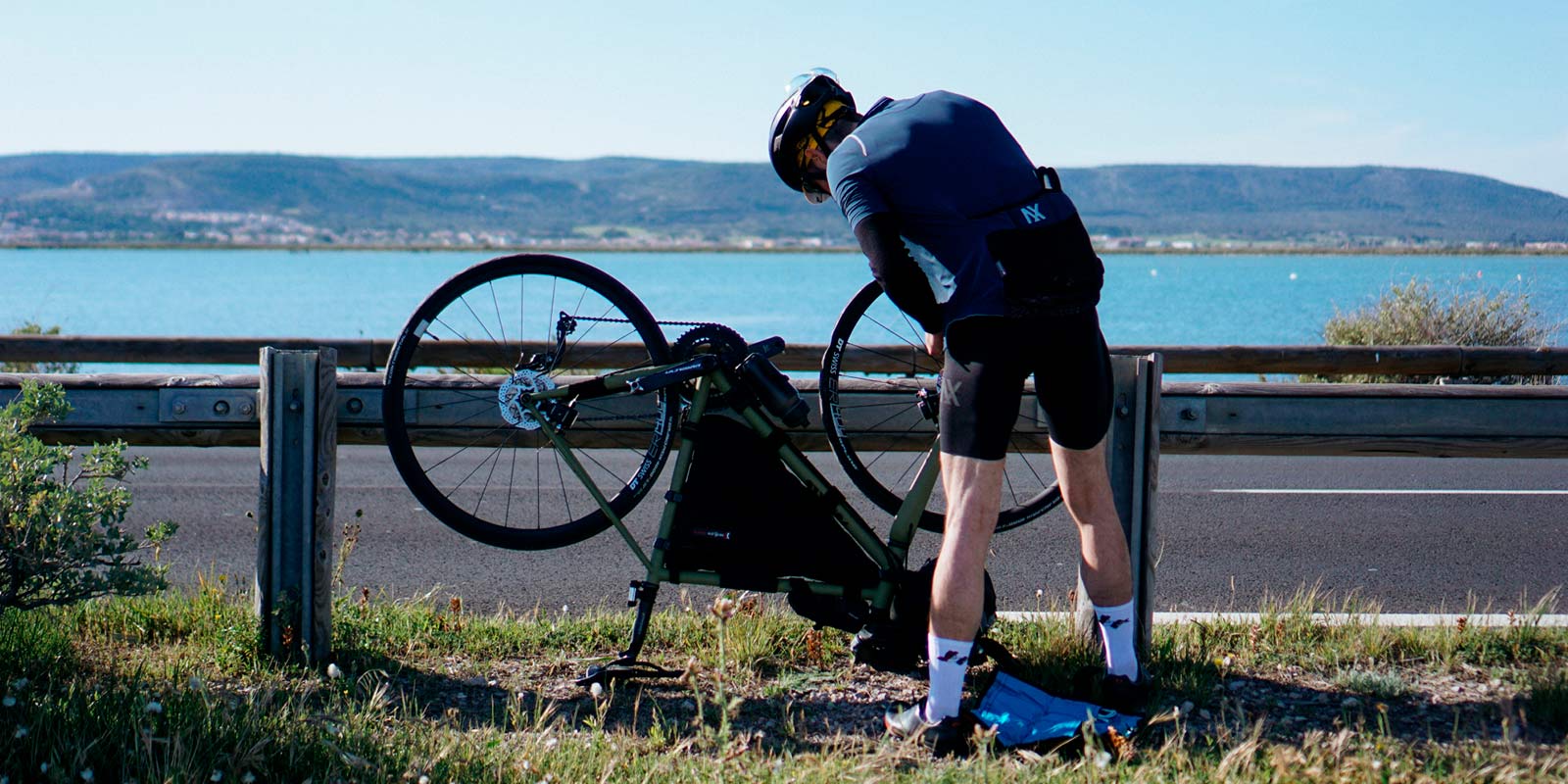 Over time Audax has become very much a global discipline. Each country with its own Audax association, each with its own quirks, but always sticking to the philosophy of that first ride from Rome to Naples. Whether you’re riding a Diagonale across France, London-Edingburgh-London, Paris-Brest-Paris, TransOz, TransAm, or the TCR itself, they all require riders to be “audace”. They all require participants to enter with the correct spirit, and riders can be sure to be supplied with a trusty brevet card waiting to be stamped. 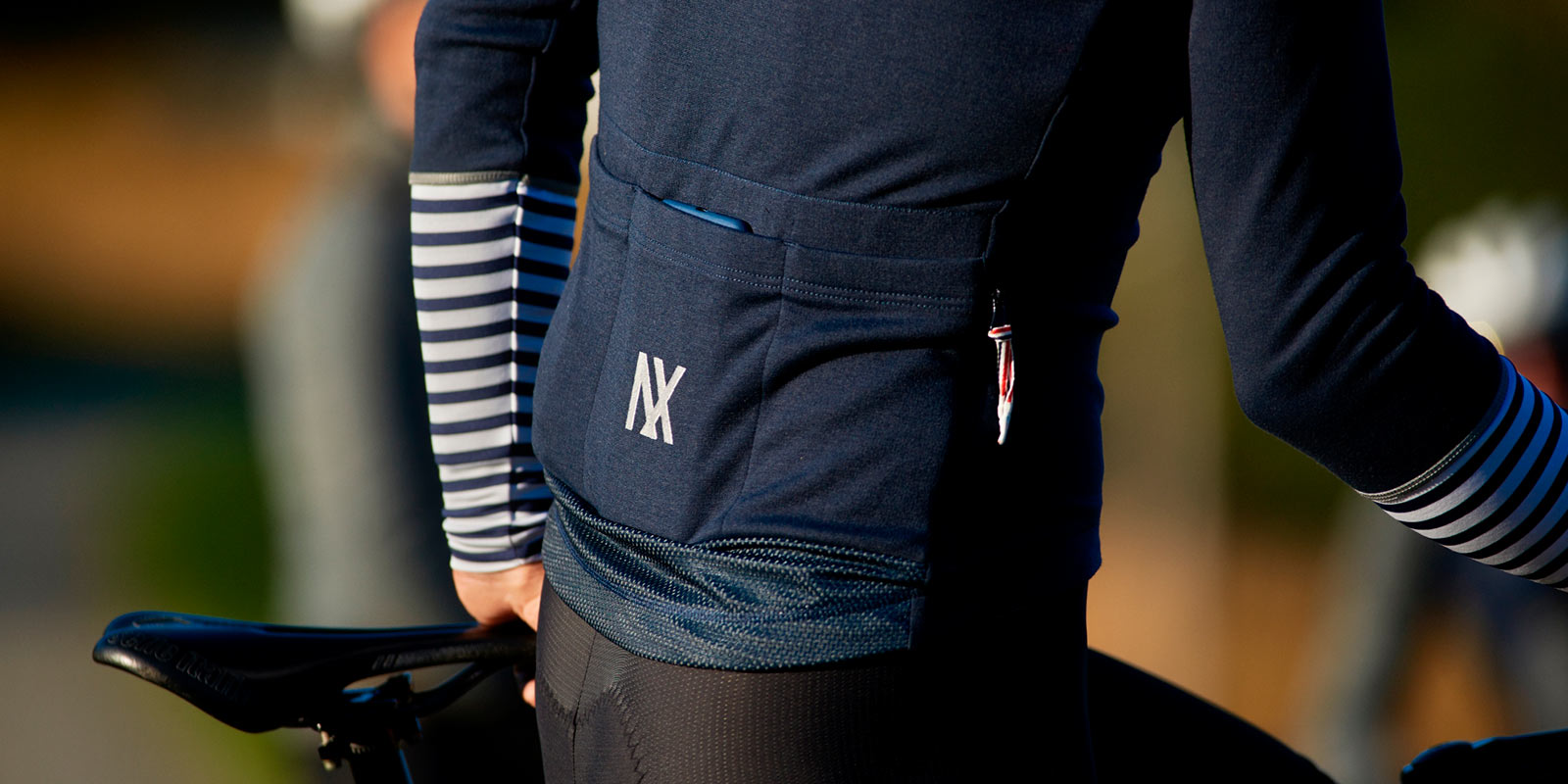 Audax riding requires a certain state of mind, it’s not about racing to win, but instead riding to discover something new. It’s about riding to find out more about yourself, what you’re capable of and finding your limits. It’s about riding to find new roads and meet new people. For some, it’s an escape from reality. There’s more to Audax than just pure competition, above all else it’s about participation and a shared destination.