The Ariège : Further Into The Pyrenees

It's a Department of France with a reputation for being wild. Camille McMillan digs deep into coffers of the landscape that riders will traverse during the inaugural edition of the Further Race. 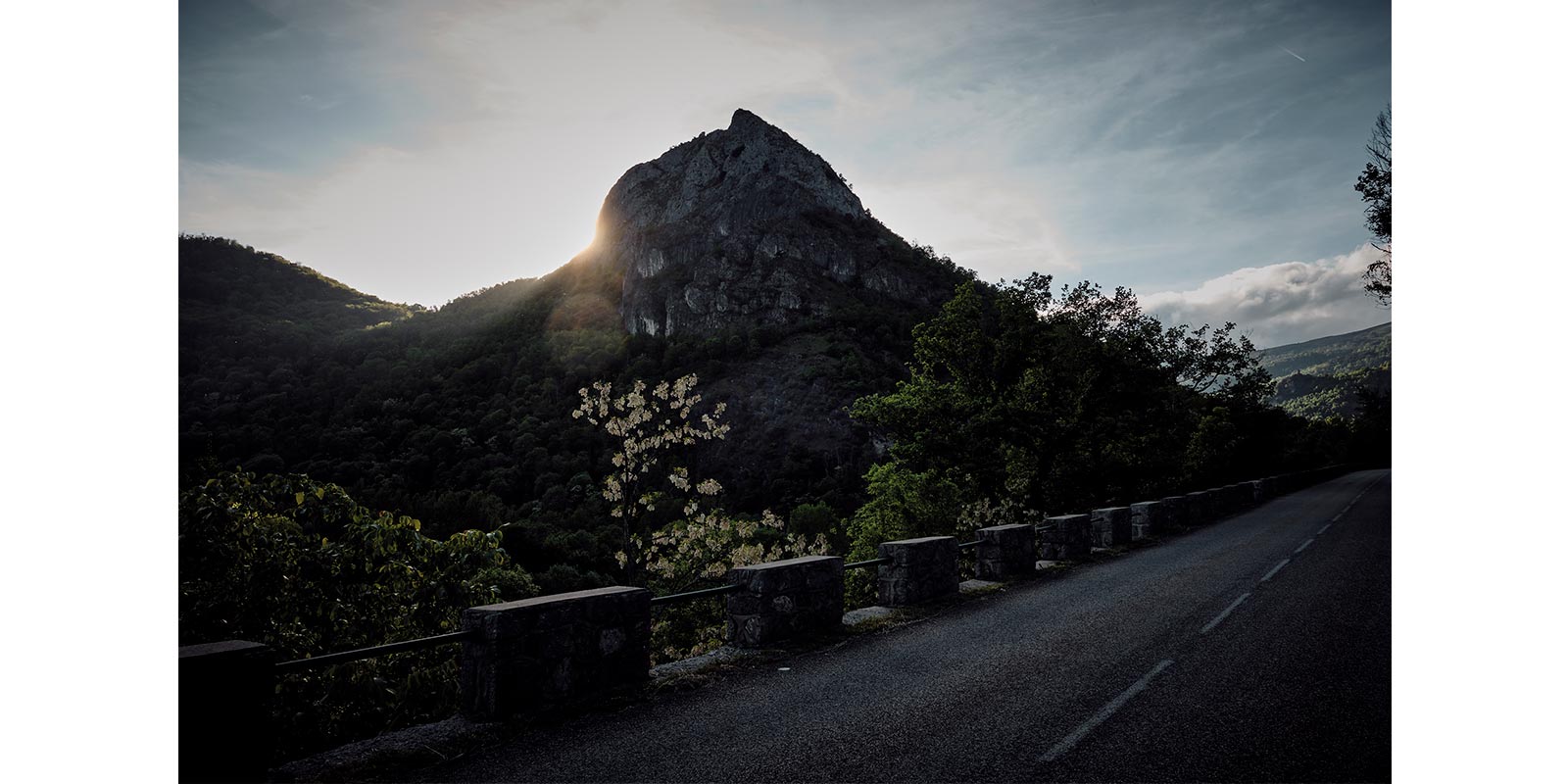 Ariege - from the latin AURIGER : which contains, which carries gold to ( possibly )

Gold was collected from the tributaries that flow into the Ariège by placing the fleeces of sheep under the water and holding them down with rocks. The gold would get caught in the wool creating a golden fleece.

Another way to collect the gold was to make ‘friends’ with the water nymphs that lived in the River Saurat in a village called Bédeilhac. If one was untrue to the Bédeilhac nymphs, the gold would turn to worthless stone. The Ariège is full of myths and truths like all places, however the Ariège is particularly packed with both. Above the village of Bédeilhac on one side is the Grotte de Bédeilhac , dating back 20,000 years. Prehistoric painted hand prints and art works still exist deep inside the cave. At the entrance of the cave there is no art work and this is where the village of Bédeilhac holds their Summer Fete. These village parties happen every year in every village in France, so not unusual, but it’s certainly a surprise that this one happens where presumably cave men did a dance 20,000 years before them. The cave entrance floor is particularly good for dancing as there is a large expanse of concrete. 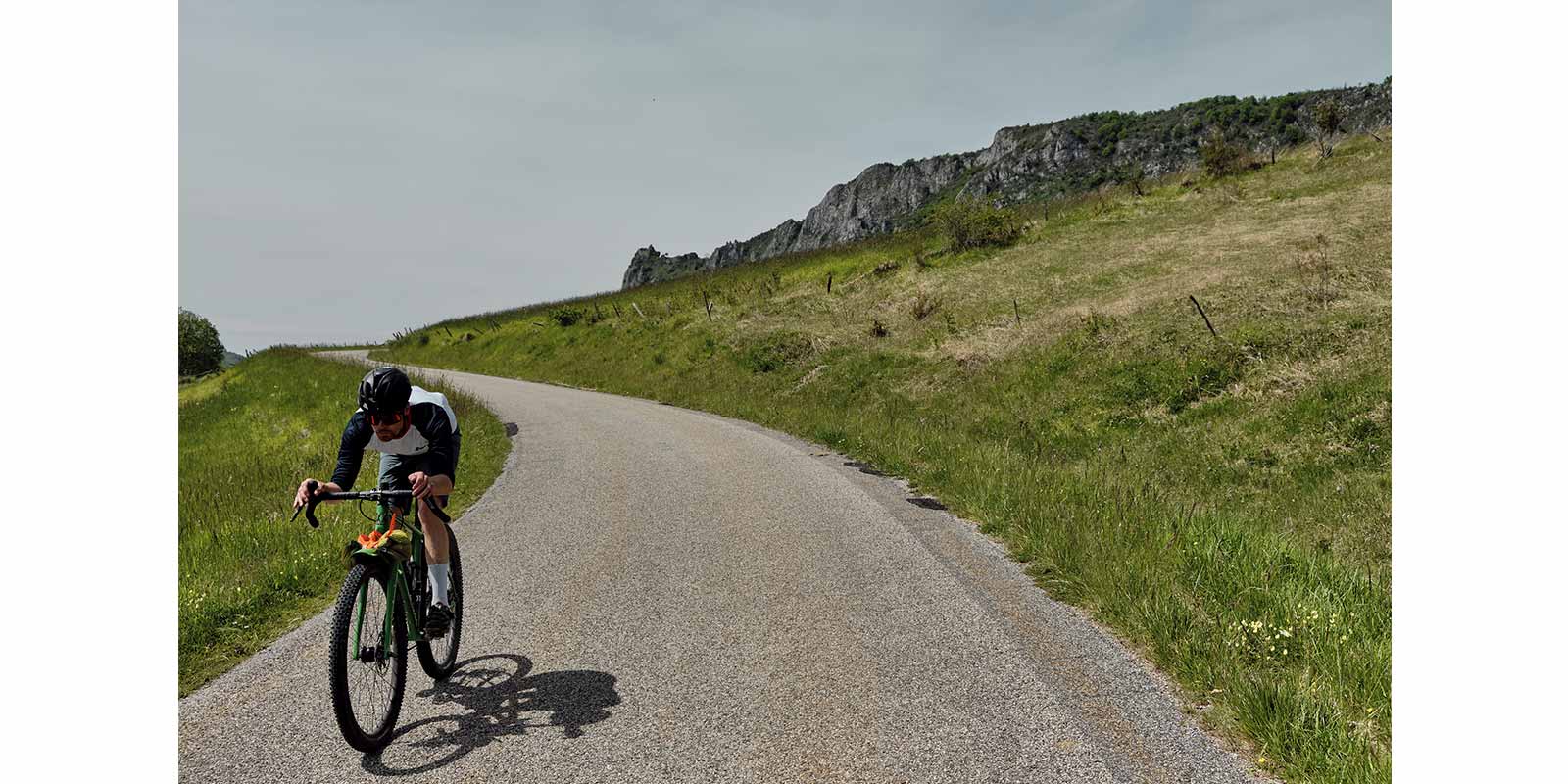 Nazi occupying forces in WW2 dug out the entrance of the cave and filled the first few 100 meters with concrete. They set to work in this natural bunker building Aircraft. Aircraft would fly out of the Grotte and go to war. How this timeline of human history can exist under one rock, I don’t know. It is something I find extraordinary. 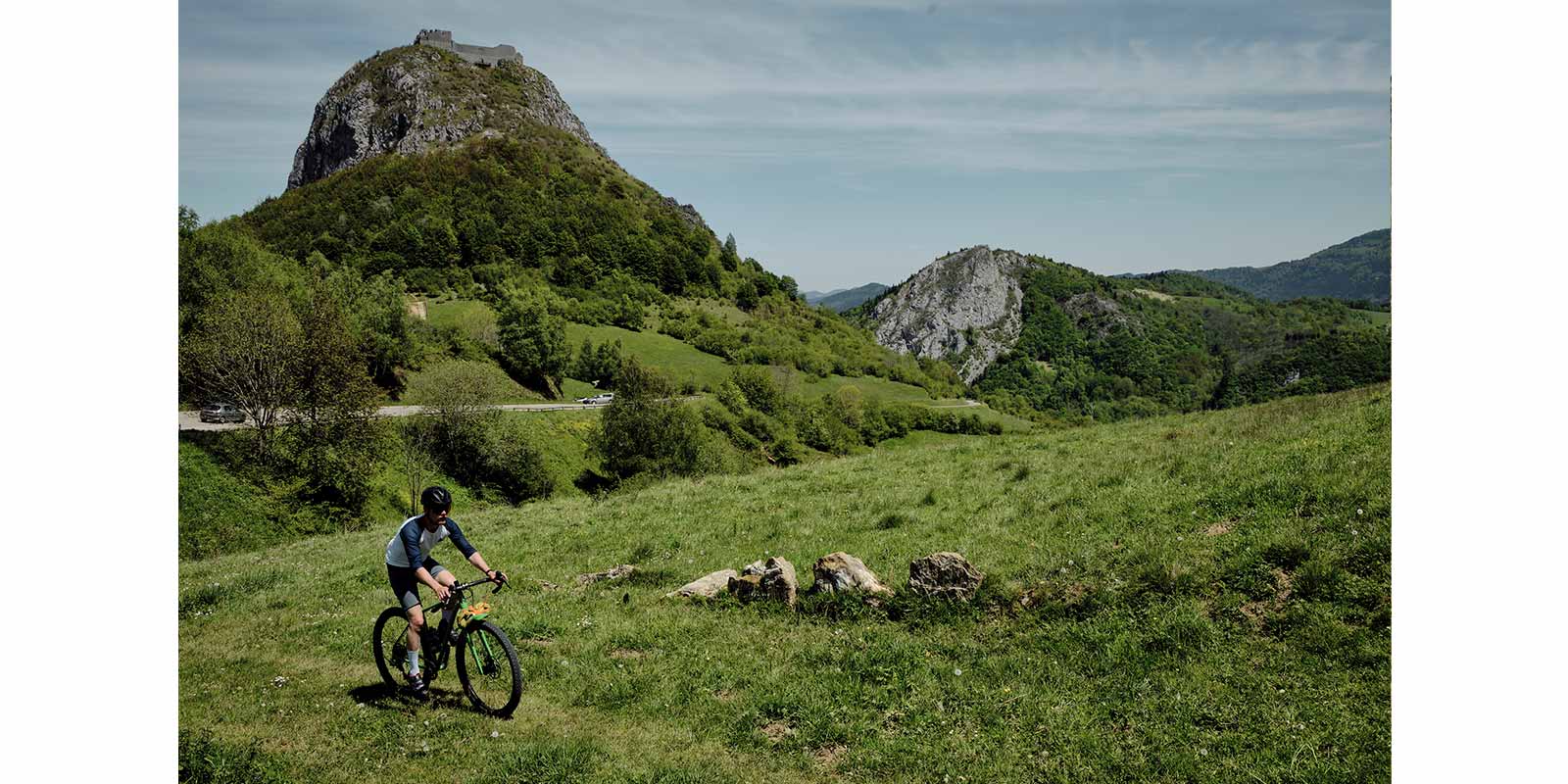 If you stand at the mouth of the cave you look across the village to ‘Le Calamès’. This crag is a mecca for climbers because of it’s sheer wall and there is a small ruin of a Cathar tower at the summit. Back when this region was a Cathar kingdom, it was said a crystal bridge spanned from this summit to the another nearby, where another ruin, ‘La Tour de Montorgueil’, still stands. This crystal bridge would have been an archway into the Saurat valley, with the Col de Port at its head. Another myth of the area, is the Cathar treasure. It is buried nearby. Apparently, six men escaped the castle siege of Montségur with the Holy Grail and hid it somewhere in the Ariège ( Probably wrapped in a golden fleece ). While the Nazi’s built their Aircraft, another division of the SS was out looking for the Holy Grail. Maybe as a race director I should dress like Indiana Jones. 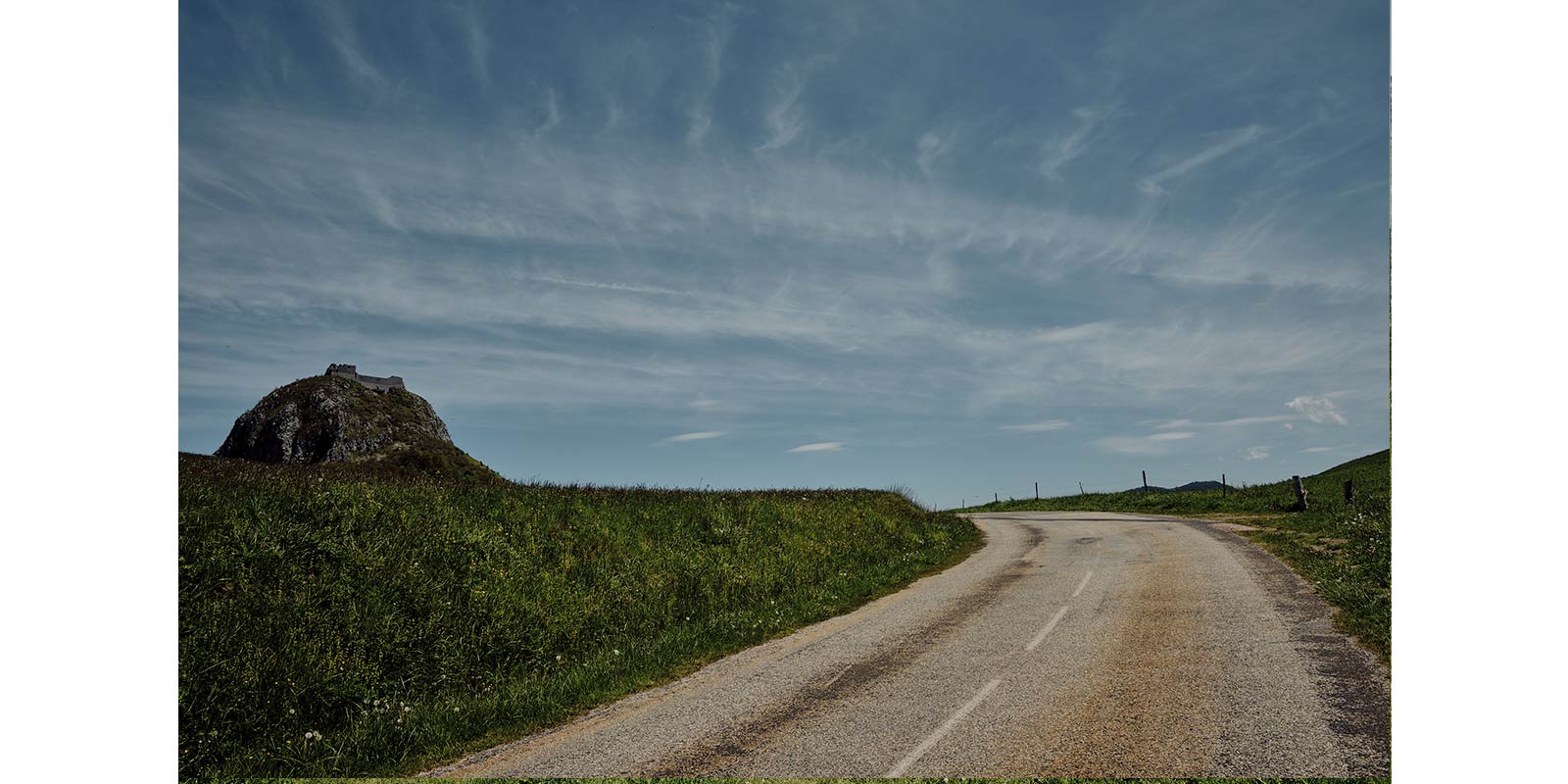 The truth of these ruins at Bedhiac is that they were the castles of the Counts of Foix, probably built at the end of the 12th century or the beginning of the 13th, at the end of the so called era of the Cathar. They fell into disrepair and are part of the landscape. Yes, there is real cave art in the Grottes, and the area was a crucible for modern man. Yes, there is an aeroplane inside the grotte where a French man landed his plane in 1972 and could not get it out again.

What is real, and known of the Ariège is that it was at the heart of the Industrial Revolution of France. Blast Furnaces were cooled by the Ariège in Tarascon, the Great Forges were powered by the water of the Ariège. Foix, the capital of the Ariège prospered from the mining here, metals and stone. Farming in the mountains was kept simple in the old ways with terraces up the mountains creating pasture for cattle. The population collapsed after the great war as most of the young men were killed and the mining and industry declined. The Ariège pretty much returned to the wild for most of the 20th Century. 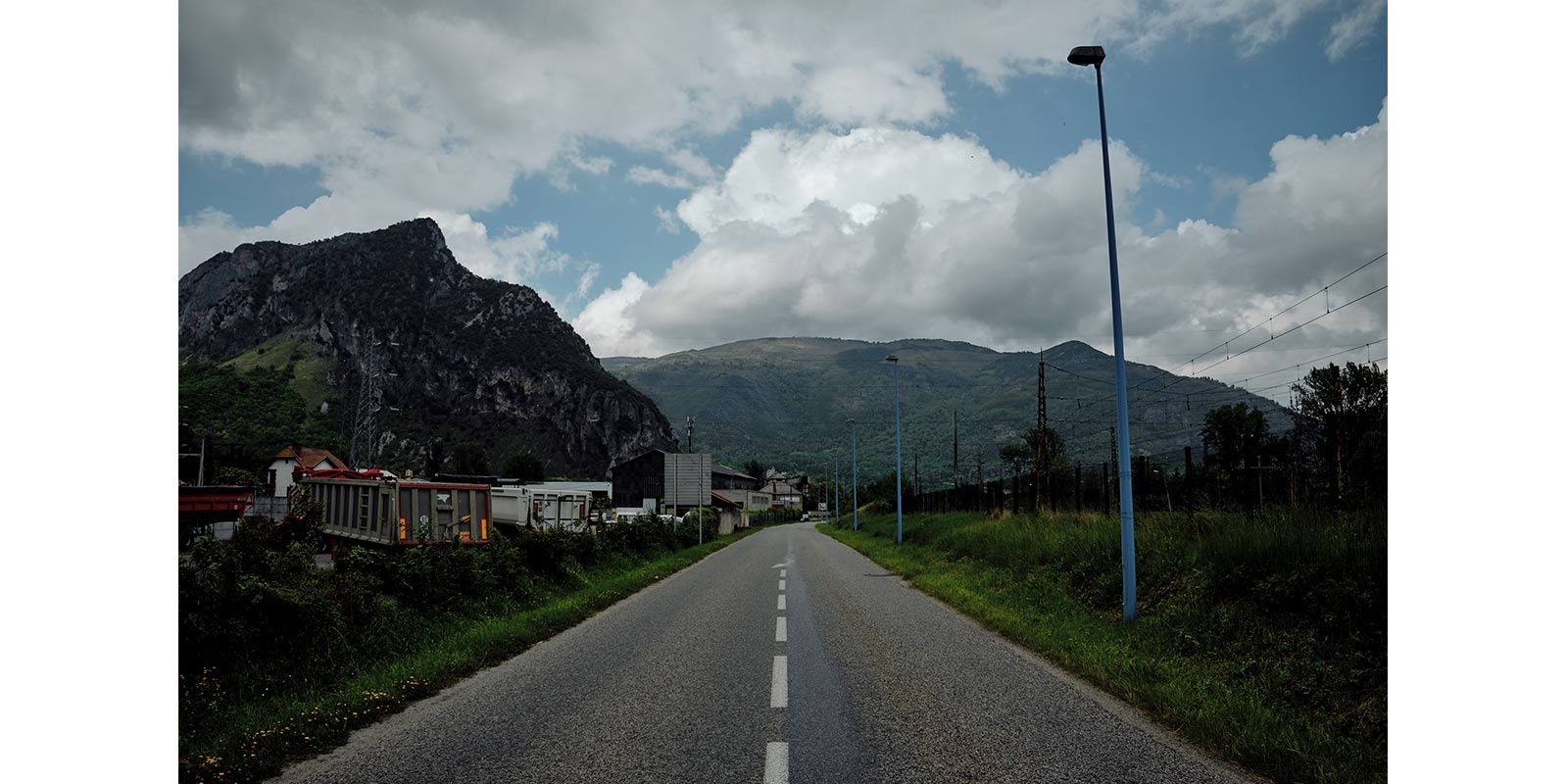 Maybe gold still flows down the Ariège, maybe not, but there is definitely an invisible gold, the gold that is the electricity that the EDF generates from the rivers power.

There is also the gold of ideas. For generations people have come here to get lost, to find themselves, to create a new self.

This gold, is the gold of romantic ideas that have been fertile for centuries.