Take me back to Turini: The Tour de France returns to Nice

The Tour de France buzz has been absent from the Promenade des Anglais for too long. In 2020, the world’s biggest bike race is back to do Nice properly. 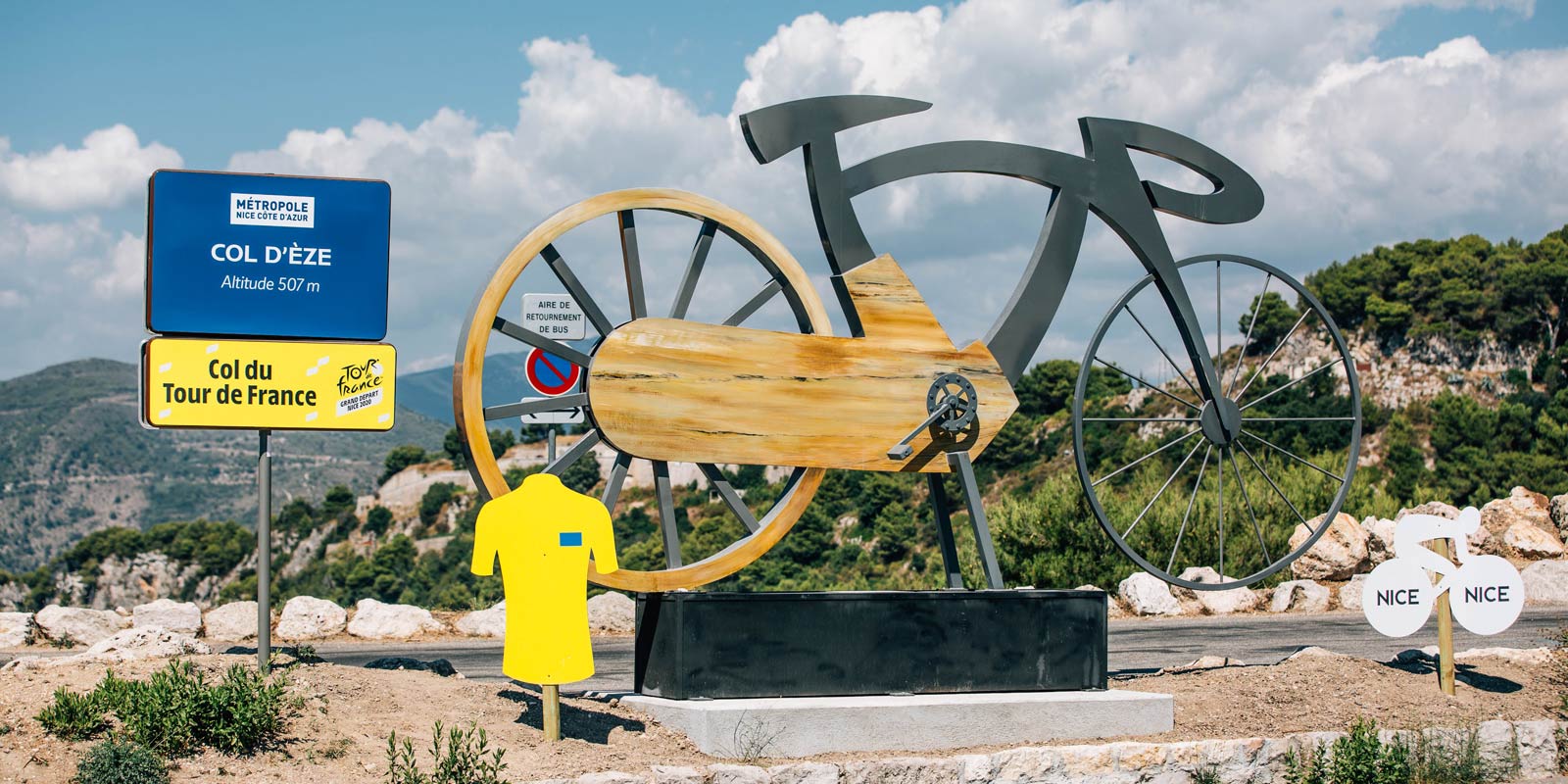 A gallop beside the Mediterranean awaits to kick off no less than three stage starts on the French Riviera, within which the Tour’s mapmakers have built a real showcase for where we ride.

The promenade’s 2020 Grand Depart might be two months late and lacking joyous fans banging the finish-line boards but France’s south-east corner’s beauty and cycling tradition will more than make up for their eerie absence.

The city will hear the almighty clicking and clacking of 176 riders pressing their feet into pedals at the start of both stages before watching them roll off into the ‘arrière pays’. Stage one will feature a sprint finish on ‘La Prom’, whilst the massive mountain stage two will culminate in Paris-Nice-style fireworks on Col d’Eze and a flash past Café HQ on Port Lympia on the way to another seaside finish. 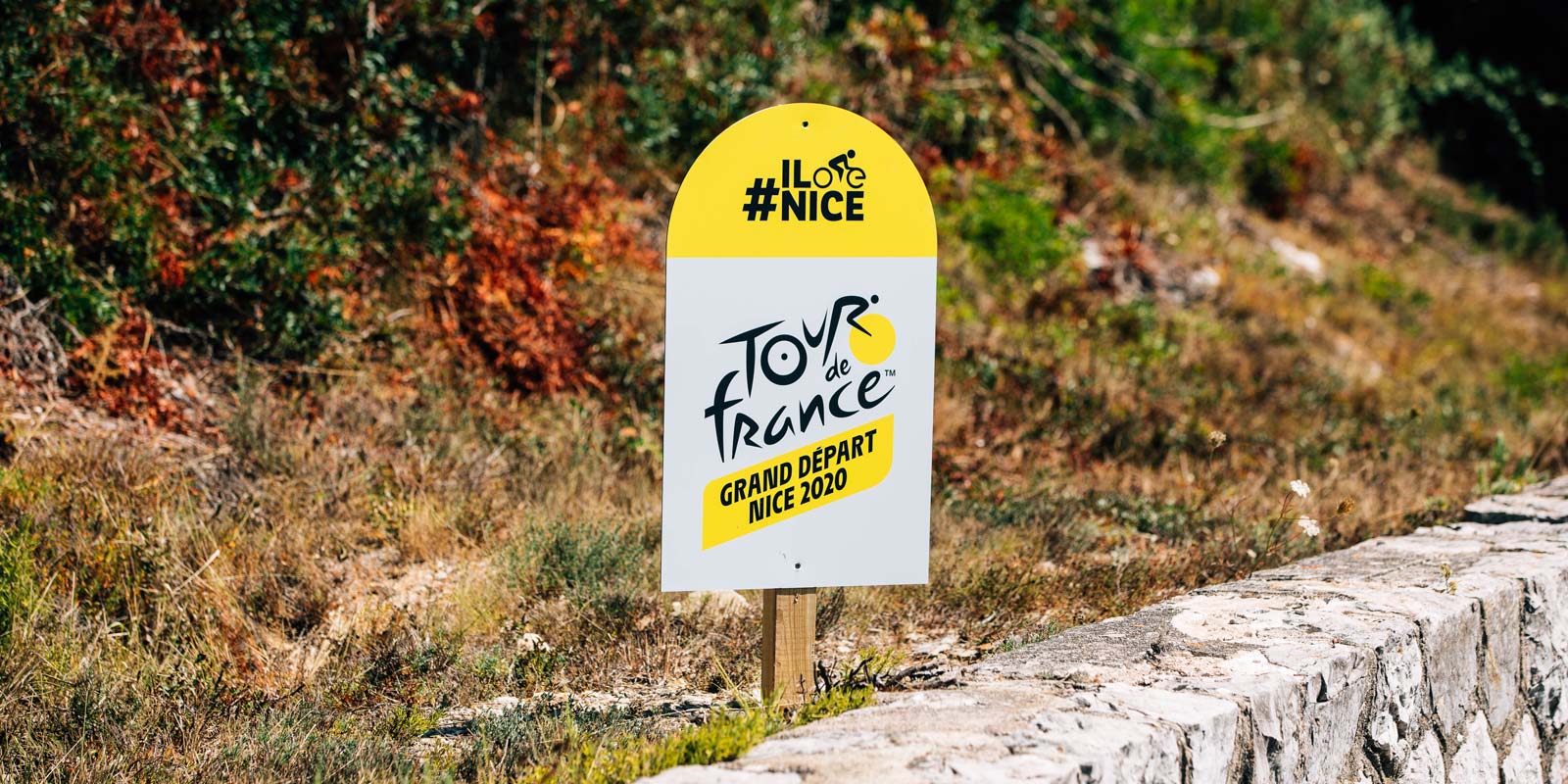 Whilst it might seem a long time since the Grand Boucle visited the south, it does have rich history here.

Downtown, a rainbow whirlwind was tearing through the shady streets the last time Nice waved the peloton off on its scenic route to the Champs Elysees, back in 1981.

Bernard Hinault - world champion, already a double yellow jersey winner and on top of the world - barreled down the start ramp for a five kilometre prologue with his stiff Breton jaw clamped even tighter than usual. 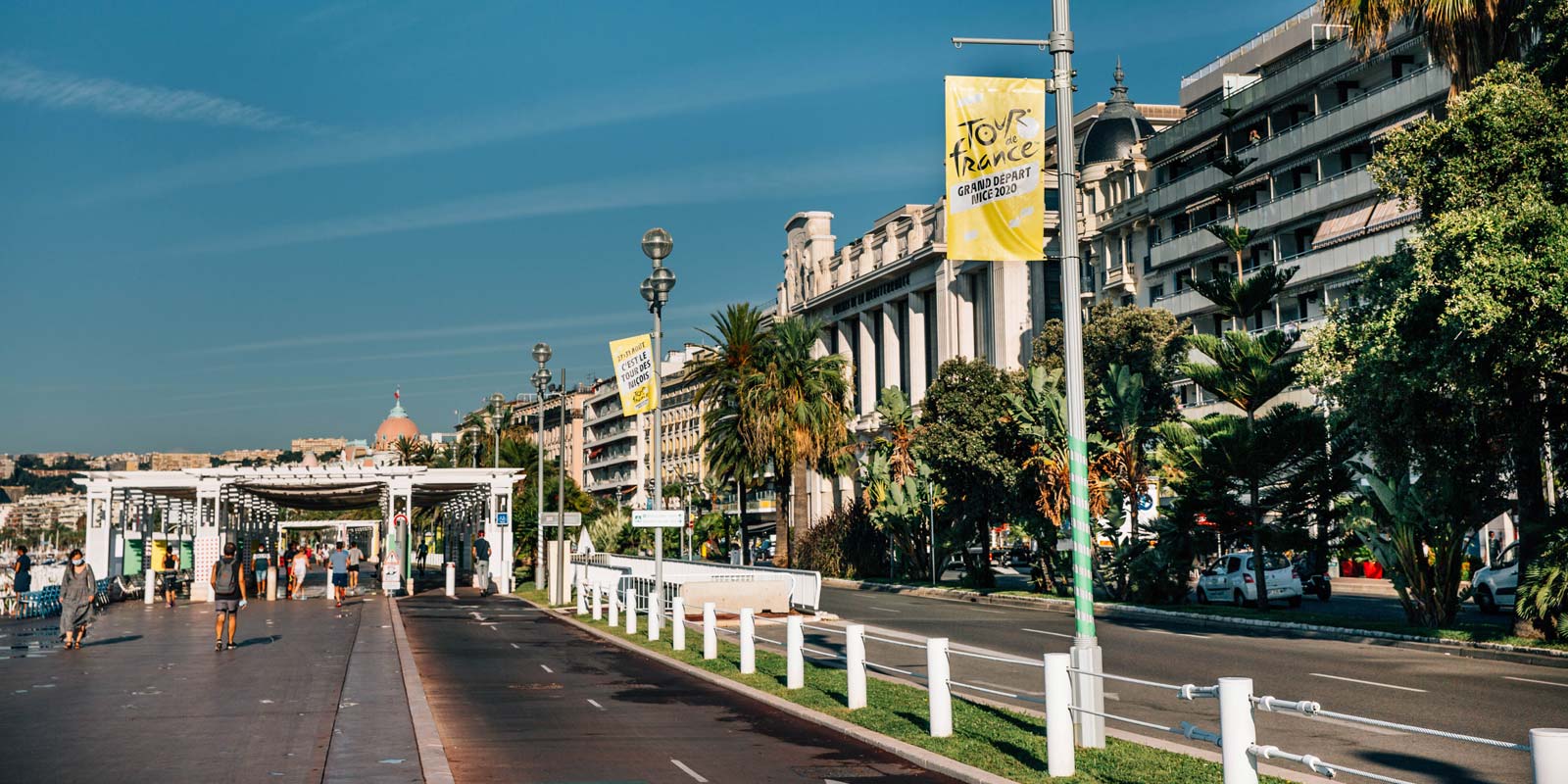 Aboard a silky blue Gitane and wearing his casquette backwards, the Badger had been denied a Tour hat-trick by tendonitis 12-months earlier and reasserted his dominance instantly - flying to a seven-second victory to grab yellow on day one of his most overwhelming Tour de France triumph.

Hinault had built a lead of more than 14 minutes on second-placed Lucien Van Impe by Paris, and Lousion Bobet can only have been plotting similar dominance after he crested the Col du Turini back on Stage 12 of the 1948 Tour. 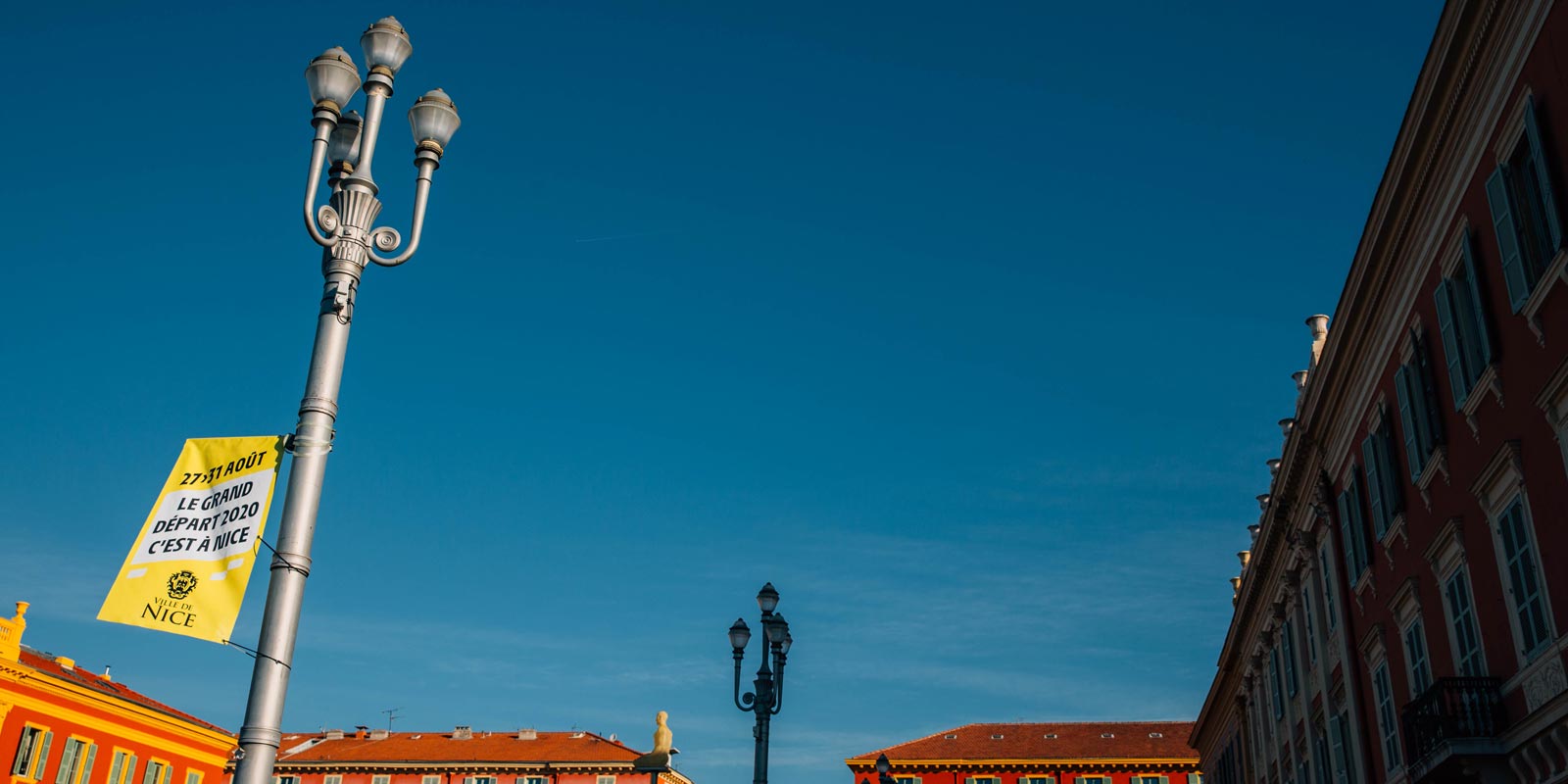 The Tour organisers have employed the climb’s sapping 15 kilometre ascent to inject some pain into the peloton midway through Stage Two in 2020, similar to where Bobet laid the foundations for stage victory 72-years-ago.

Setting off from San Remo, plodding down the coast and heading in-land for the Turini, these were the days of riders hauling leg-snapping gear ratios across Europe, shaping titanic thighs aboard their sluggish machinery.

Flying off the Turini’s 1,607m peak, Bobet re-energised and dusted-off four fellow escapees at the line in Cannes, stopping the clock more than seven minutes before the great Gino Bartali - who had floundered since his Stage One victory. 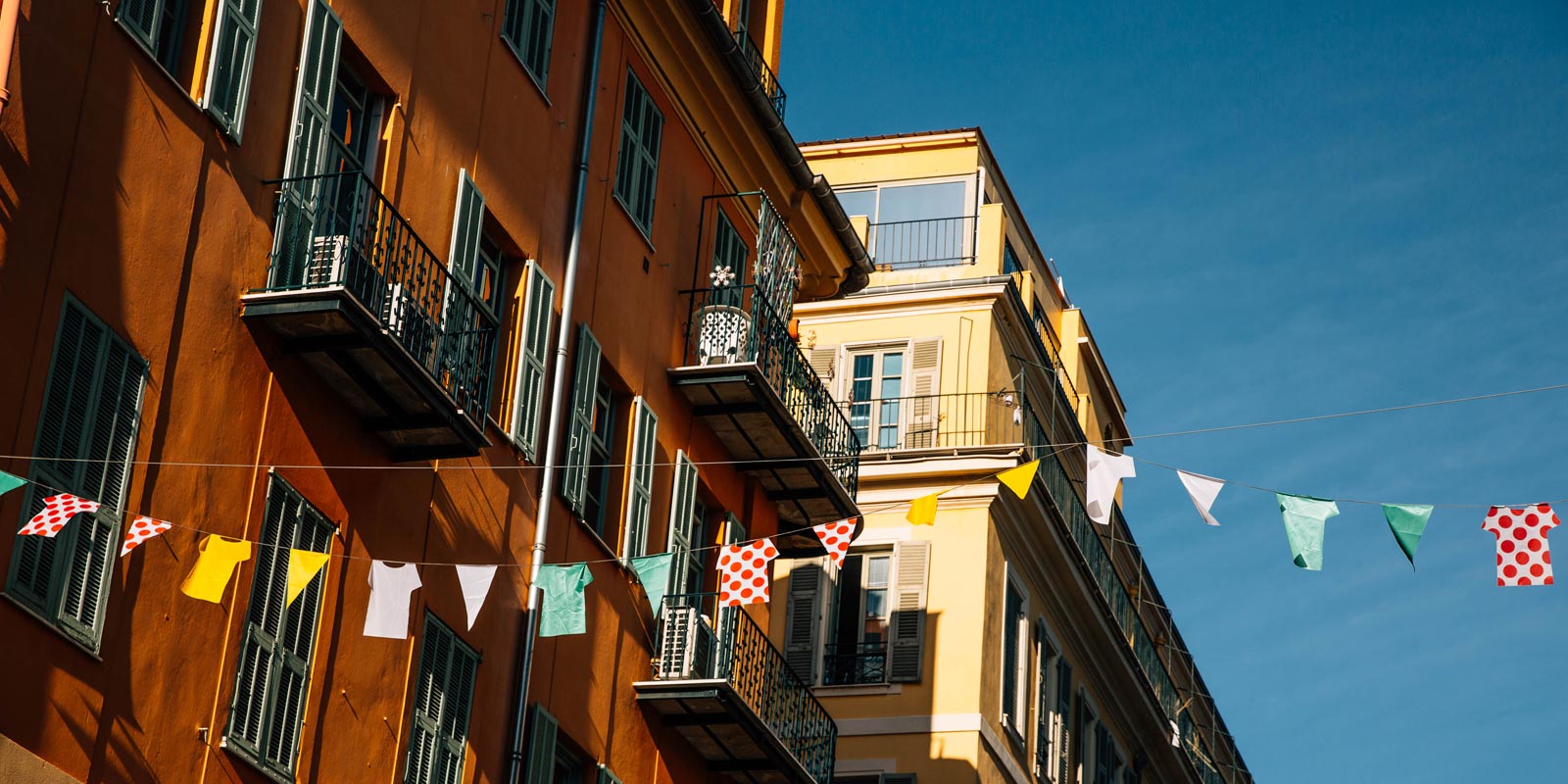 It was that night in Cannes that flipped the script, however, as Bobet led Belgian star Roger Lambrecht by 2 minutes and 29 seconds, with Bartali more than 20 minutes in arrears.

The Tuscan icon’s hopes were buried but a single phone call reversed his fortunes, as a deputy for the Italian Democratic Party told Bartali that tension in his home nation was threatening to boil over into civil war after the Secretary of the Communist Party had been shot.

‘I will do even better than that. I will win the whole race,’ Bartali is believed to have responded. He crushed the young Bobet, bludgeoning his way to victory on the next three stages and riding into Paris more than 26 minutes clear in yellow. 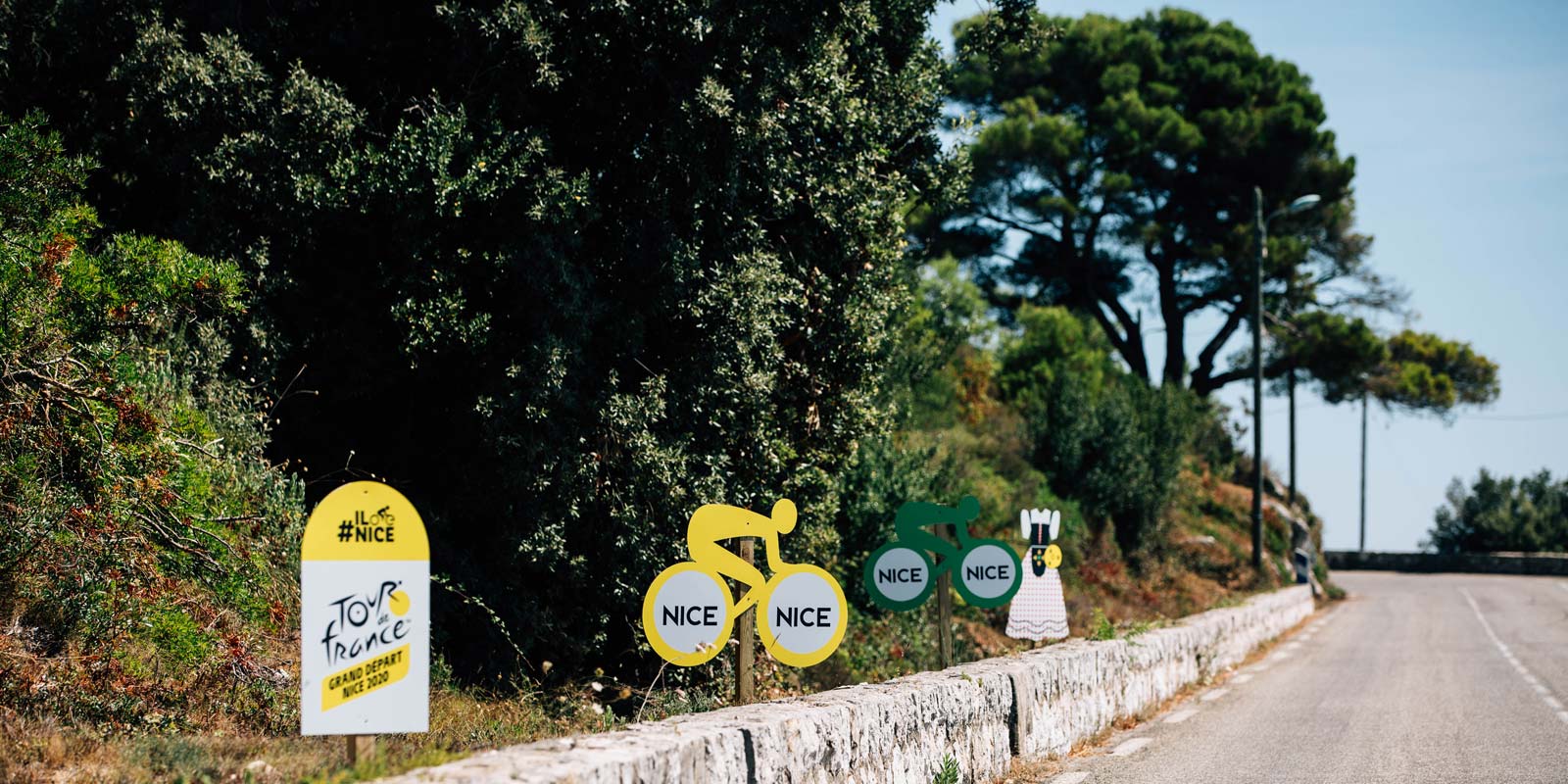 These were also the days well before extreme weather protocols and two years after Bartali’s stunning comeback, the town of Saint-Maxime - 100 kilometres west of Nice - was the scene of an extraordinary sight on the Tour. 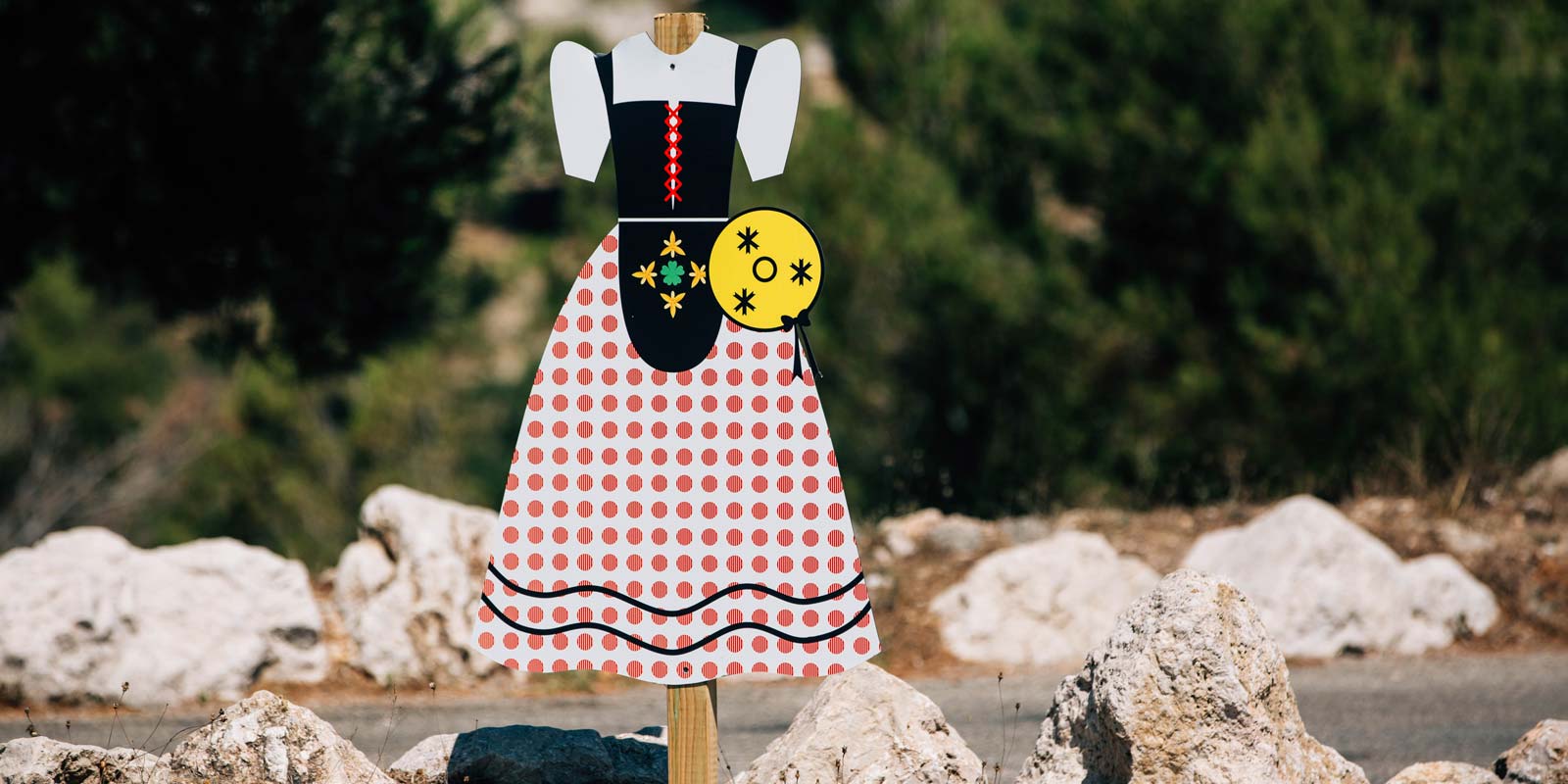 Having reached Saint-Maxime after 81 kilometres under the sun, these athletes who could withstand endless brutality in pursuit of a winners’ bouquet could no longer stand the heat.

One by one riders freed their feet from toe-straps and made for the Mediterranean, ignoring the outrage of race director Jaques Goddet before resuming their battle, with Jean Diederich coping best to take victory in Menton. 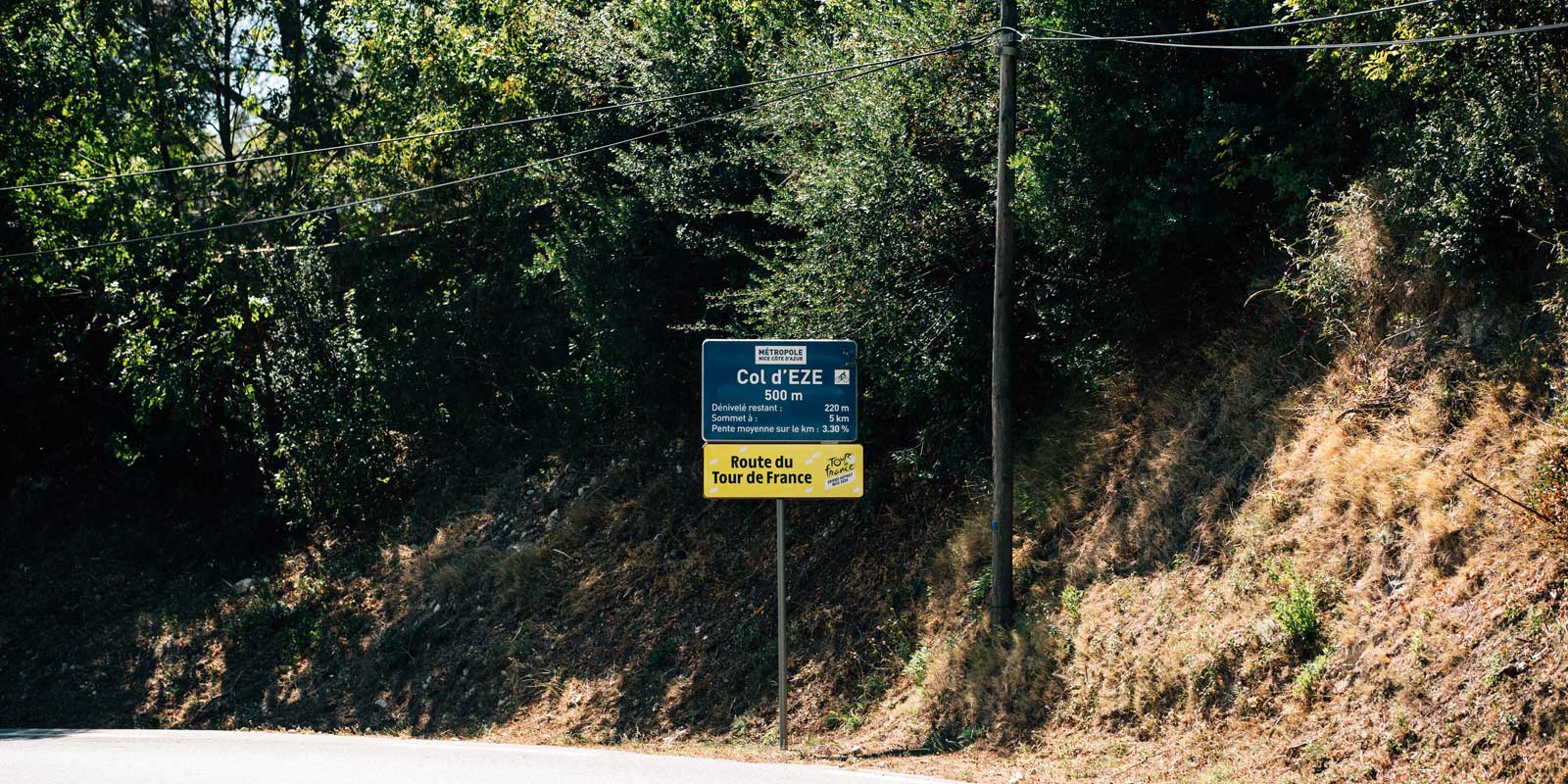 Cycling’s showpiece has avoided Nice since 2013 when Orica-GreenEdge stole victory in a team-time-trial on Stage Four by a single second from Omega Pharma-Quick Step after a blistering effort up and down the Promenade, but is ready for a far more memorable return in 2020’s edition.

Whilst the Grand Départ will be adapted to the times we live in, the Café doors will be open, the big screen will be on and the espresso machine primed as always. Vive Le Tour.

Visit the café in Nice for bike rental, kit and coffee.