The Col de Braus is one of the most iconic climbs anywhere in cycling, even if its racing history is less than illustrious. The series of switchbacks nestling on its western slopes are the stuff of postcards, maybe the most photographed corners anywhere in cycling (at least in the Alpes-Maritimes). Not only are they a perfect ribbon of asphalt draped across the mountainside, but you can look down on them from above - a surprisingly rare thing amongst mountain passes. 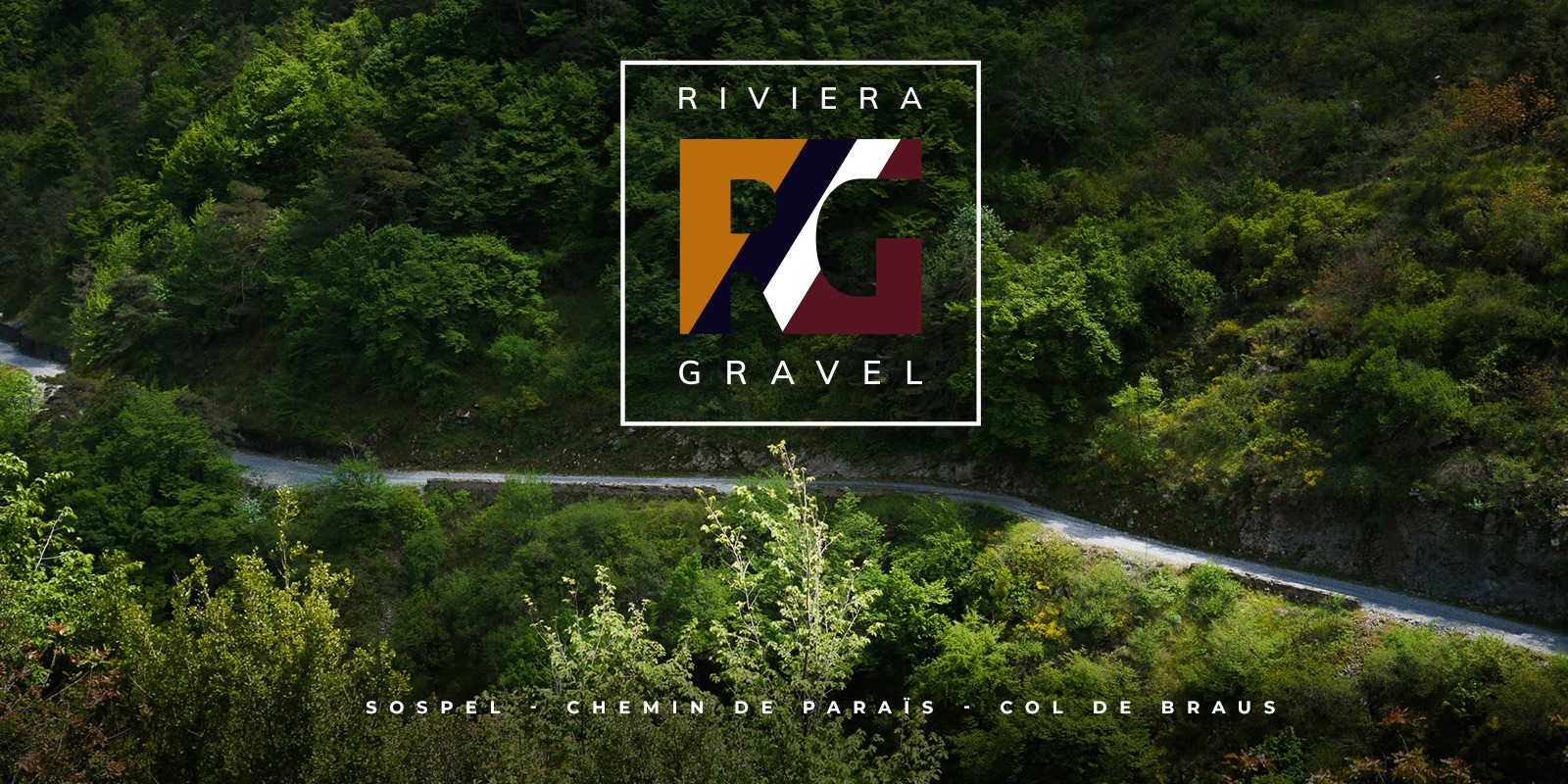 Yet Braus has a dark side. Winding its way up the eastern face of the mountain is a gravel gem that gets overlooked for it's more glamorous, tarmac sister. Climbing up from Sospel the Chemin de Paraïs is not marked or sign posted - if you didn't know it was there you would likely never find it, which makes it that little bit more special.

Sospel has had a tumultuous military history, the mountains around the village are littered with forts and ruins from several thousand years of conflict as it was pulled back and forth between Nice and Ventimiglia, France and Italy, Occitania and Savoie. The Paraïs piste is relic from these conflicts, originally cut as a military access road. At the time it was built, the cannon was at the forefront of military technology, yet the horse was still the main mode of transport. That meant that military roads had to maintain a gradient of less than 8%, as otherwise the horses could not get the canons up them. Today that makes for steady, consistent climb - although it is a full 2km shorter than climbing up by the road, so while it may not vary, it rarely lets up either.

You start the climb on the road to the Col de Turini, hanging a left at the maison du miel and climbing up through the houses of Quartier La Vasta. The piste itself starts at Sospel Mechanique and begins with a steady grade as you reach the first of the twelve switchbacks amidst the deciduous woodlands of the north-facing slopes. In the high summer these woods are a godsend, when the sun has turned the road climb into an oven-hot killing floor they offer some respite from the relentless heat.

The fourth switchback takes you out onto the south-facing side of the valley, the vegetation changes from forest to scrub, the piste becomes deep with loose gravel and rock, the cool forest canopy is left behind and the gradient reaches the steepest of the whole. It only lasts for maybe half a kilometre, but the heat, the loose surface and the kick in gradient try their best to demoralise you with still another 5km to climb. 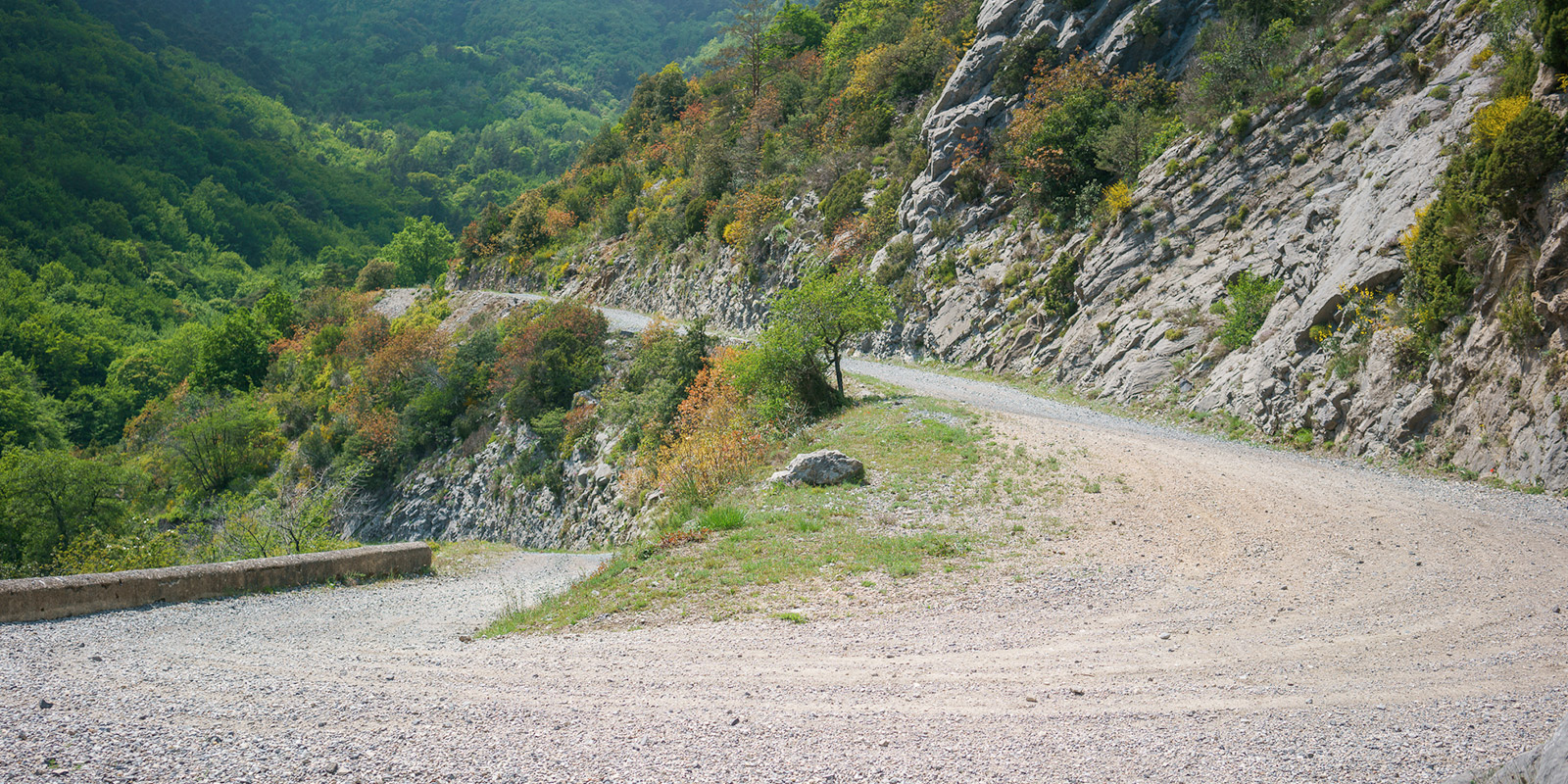 If you are lucky and it has rained recently, the fifth switchback brings you back into the forest and greets you with the mountain torrent the runs down the heart of the valley - a perfect spot to cool down, if the summer hasn't left the stream barren and dry. From here the climb is steady, the gradient doesn't vary much and the surface tends to be less loose once more. On switchback six you can peel out and skirt round the face of the mountain to rejoin the road climb to the col, or you can stay in the woods and take the slightly longer climb to the Pas de l'Agree, some 50m above the Col de Braus, and descend to the col by the little singletrack through the sheep fields, rejoining the road at the back of the restaurant (if you don't feel up to singletrack, you can follow the road down to the col).

From the col you have another choice - there is the easy option of taking the road back to Nice - some 40km, almost all of which are downhill - or you can stay on the gravel going by heading along the piste de Lavinia which runs north-south along the tops of the mountains towards St Agnes. It can be pretty hot and loose going in summer, there is nothing between you and the sun, but the gradient is much more mellow up here and you are rewarded by some of the best views down towards Nice. 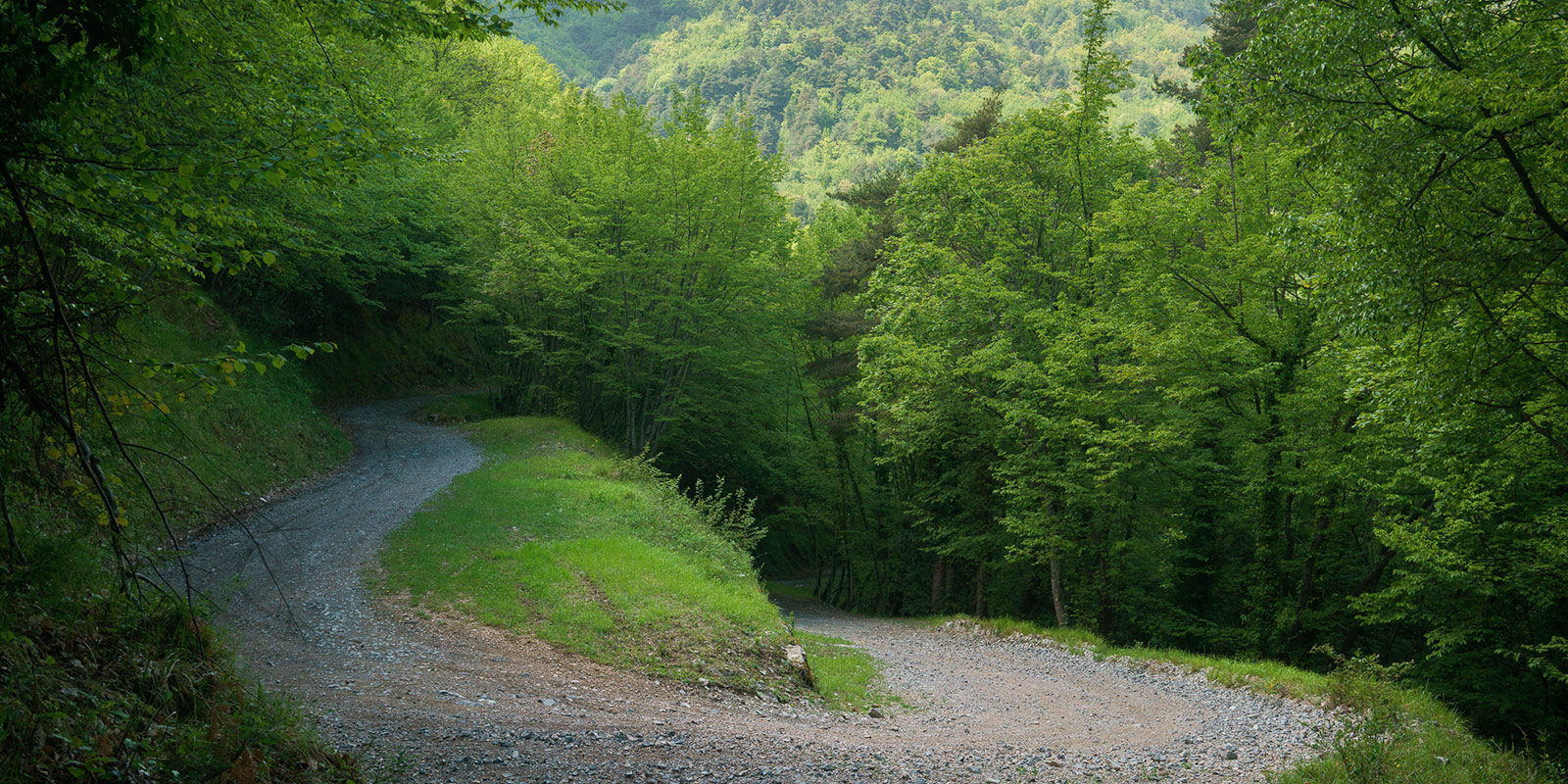 Col de Farguet marks the end of the gravel climbing. Through much of the year shepherds keep their flocks around here, which is dangerous business with the local wolf population. Defending from wolf attacks is hard going on the shepherds - they like to strike at 3am, which means sitting up all night on guard as the wolves have figured out how to outwit their dogs. So it's no wonder that when the wolves win a round the shepherds often express their anger by displaying the carcass as a protest. 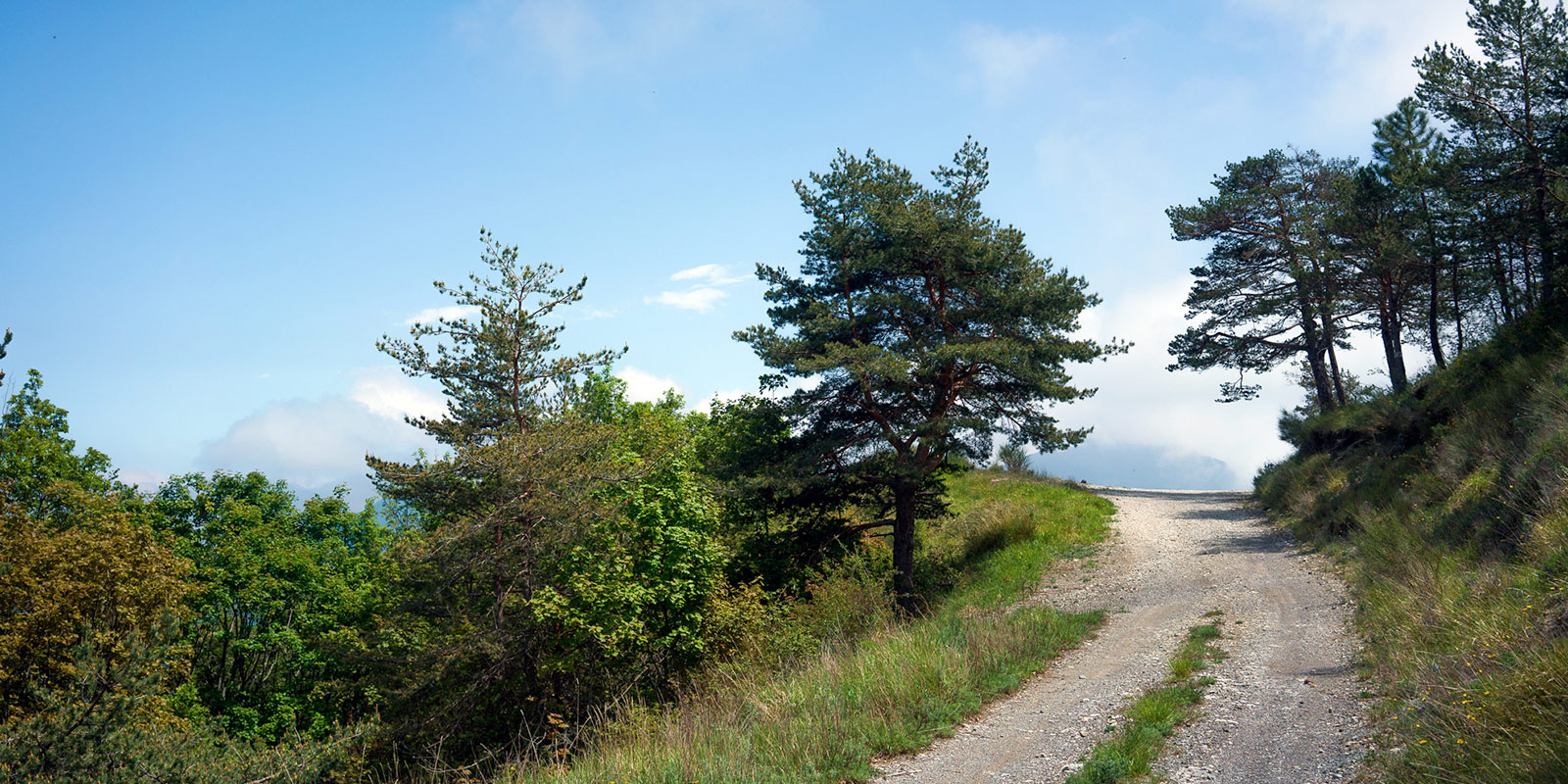 From Farguet you skirt the flank of the mountain and rejoin the road. There is just one, nasty kicker of a climb on the side of Mont Ours - a steep tarmac drag that is one last kick in the teeth before you start the descent. From there it is all downhill and you can follow the road down to Col de Banquettes and then Peille or St Agnes. 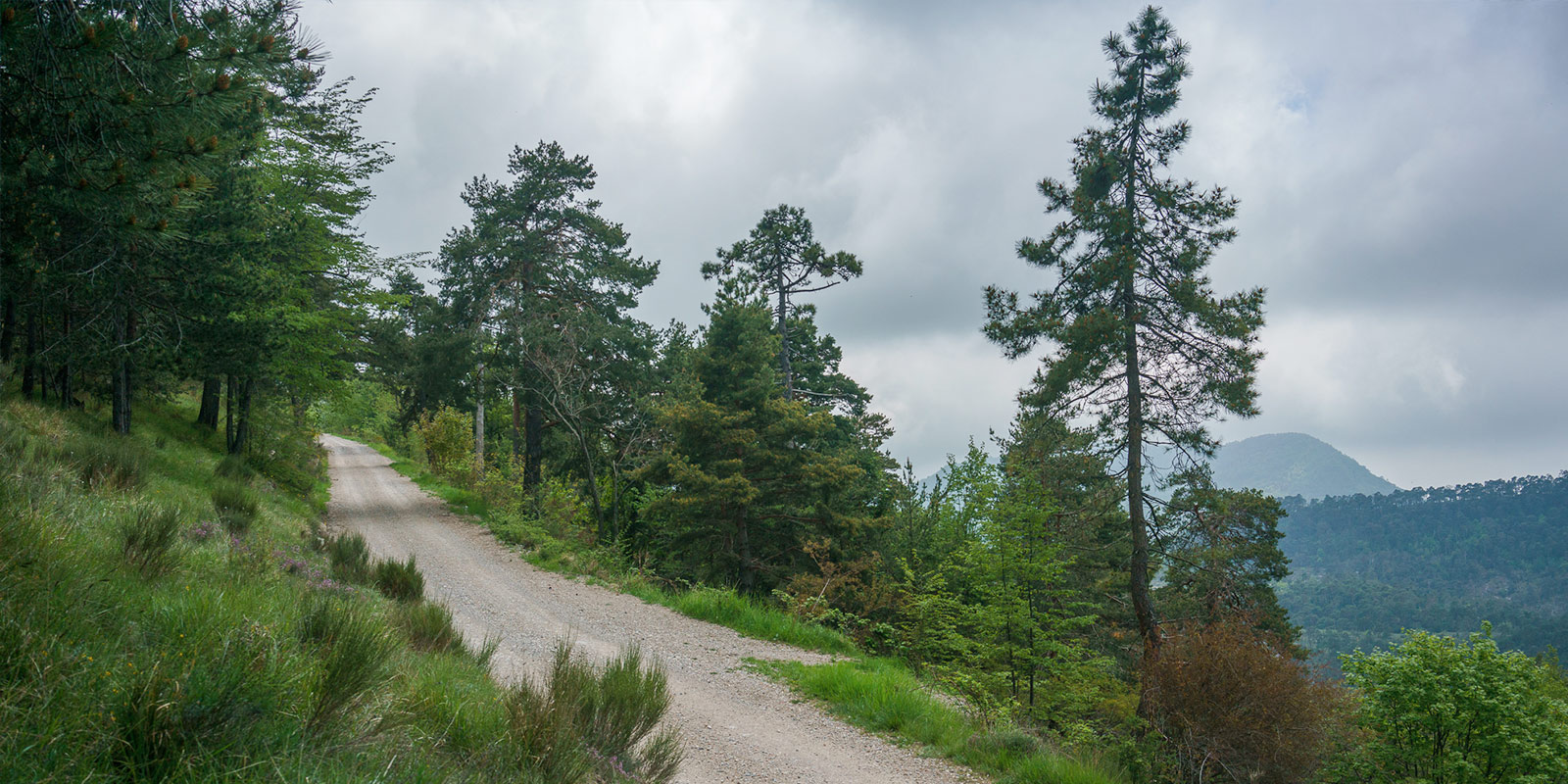 Read more about the unbeaten tracks that surround Nice in our Riviera Gravel series.