I’m at the pass now and this place is ugly. A certain photographer once said that. He lives in the mountains, he works (mostly) in the mountains and he is a mountain biker, originally. So he knows mountains.

And he has a point. Up to a point. There is a part of Passo dello Stelvio that is full of powerlines and their supporting metal structures. It is not the Sound of Music but sometimes just the sound of super bikes and super cars. It is not necessarily what the internet searches will show you. 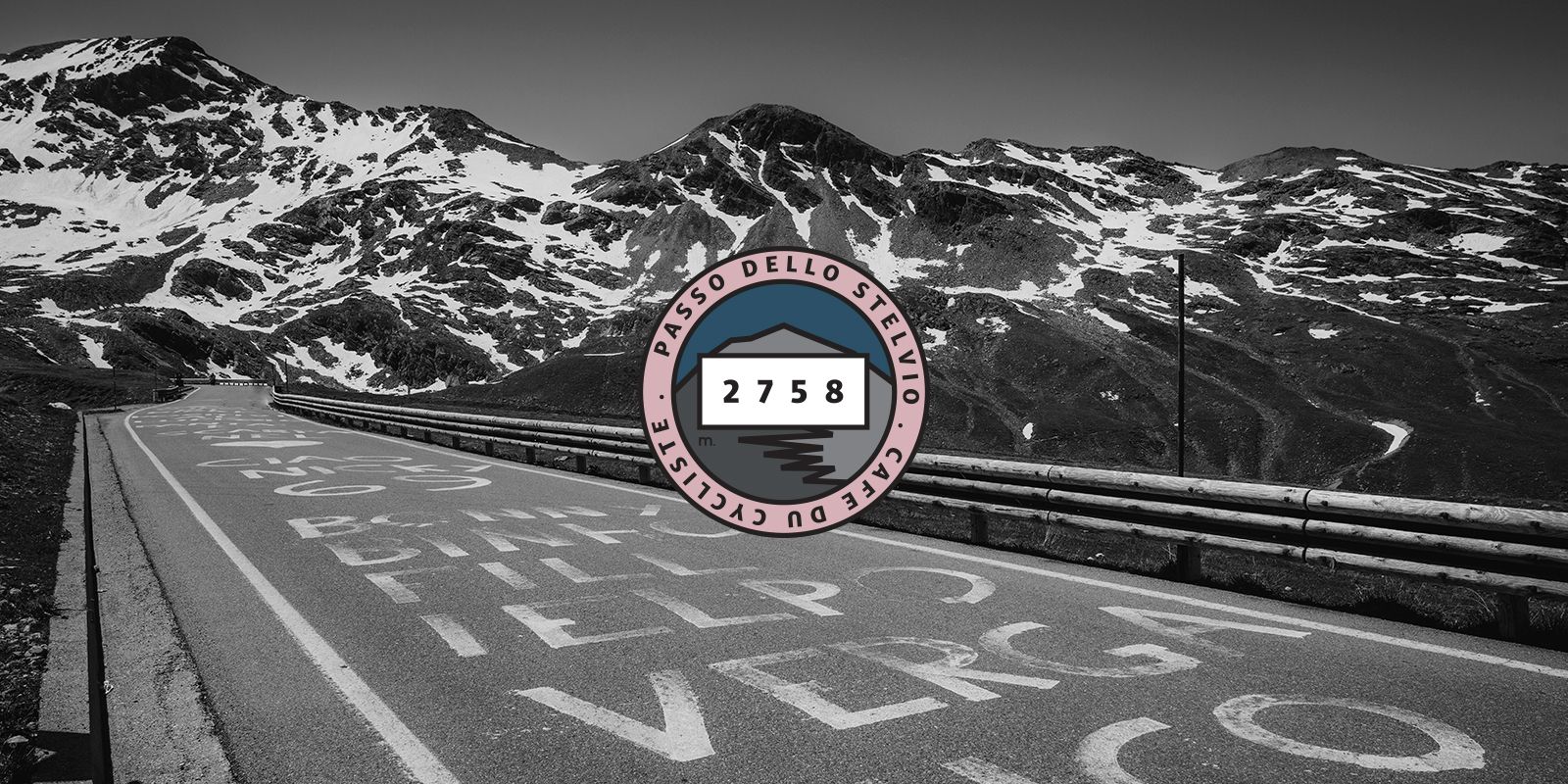 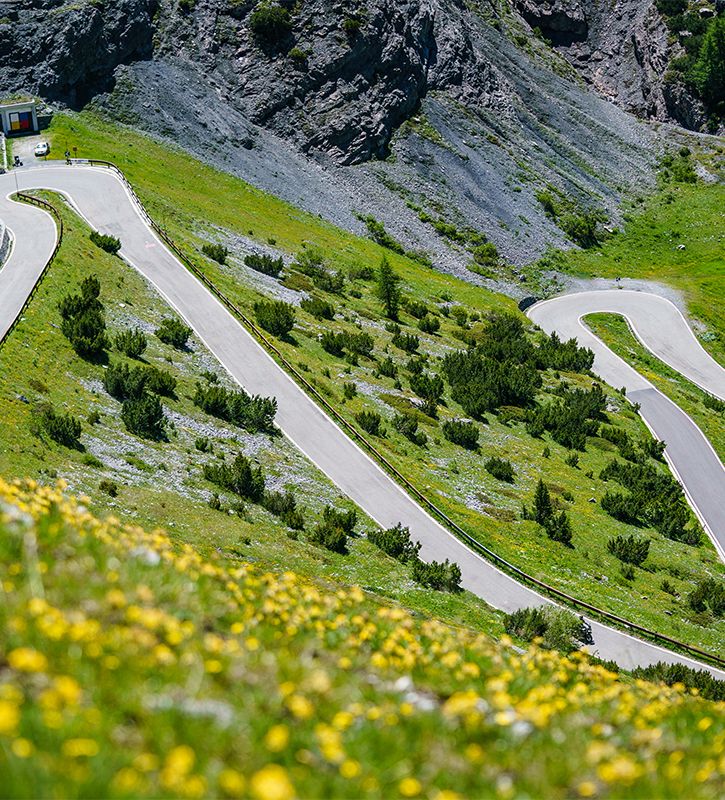 Ask any cyclist, professional or amateur, and they may well tell you the same thing. It is an ugly climb. At least in the sense of the effort required. Being Europe’s third highest col, measuring 22kms in length and averaging 7.1% in gradient, that really comes as no surprise.

However, humans have been passing through here since the bronze age and they keep returning year after year. Mostly because of the switchbacks, but also because of the stories.

Since cycling became a worldwide phenomenon, the Stevlio has established its place in the sport’s history. It is the original and highest Cima Coppi (the award given to the climb with the highest elevation in Italy's grand tour) in Giro history. 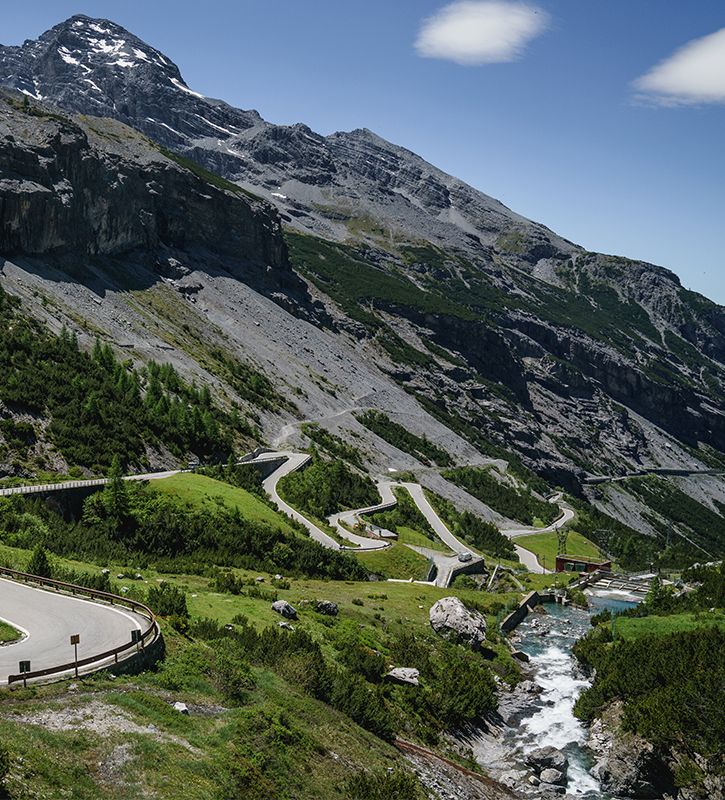 From Bormio it really is a mixed bag of climbing motions; the lower slopes are fairly mellow, just meandering through the mid-height trees and bushes until you reach the series of tunnels, even the countdown through the 35 switchbacks is relatively relaxed.

As you emerge from the tunnels you hit the main section of switchbacks, the prettiest bit of the the Bormio side of the climb, as you ascend up through the gorge to the hydroelectric station and its perfect nest of hairpins.

Beneath what may or may not be an 'ugly' summit, there is brilliant, brilliant beauty. 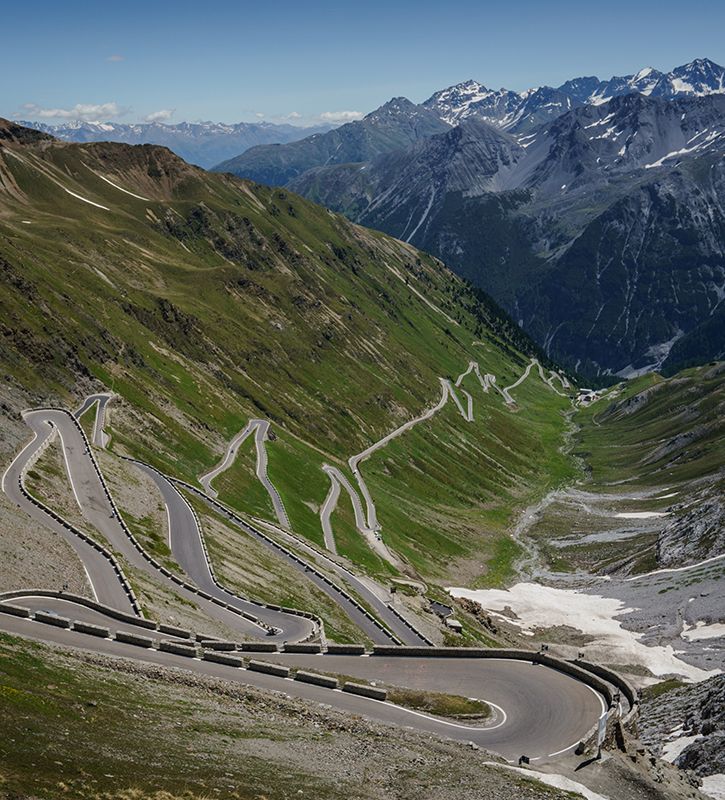 After the switchbacks you climb up through a valley, alongside a stream, pretty but open and therefore fairly unforgiving in the sun. As you crest out of the valley you turn sharp right at the old customs station, left takes you the 200m to the Swiss border, and you start attacking the high plateau.

This is the bit that is 'ugly' - open rock and the bends in the road aren’t really tight enough to be fun, they just feel modern and a little dull. The plateau is bewreathed with power lines and the giant, steel skeletons that hold them aloft - this is no remote mountaintop. You have to share the summit with those who arrived by engine power. 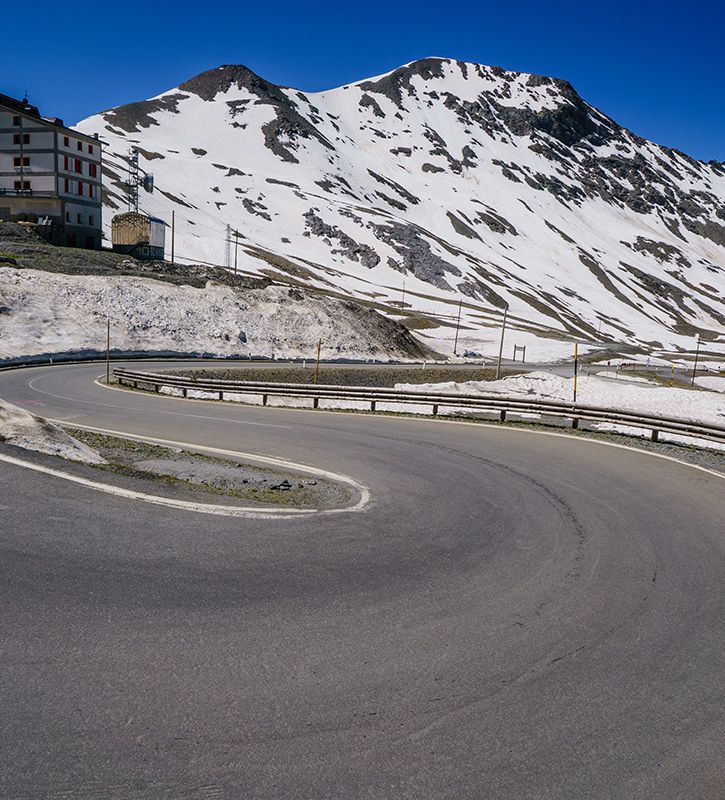 Those other visitors may not have the endorphin rush or the appreciation of the cycling stories that have been written here.

Meteorology has been a central player in the script, almost every time. The snow was only cleared the day before the first passage when Fausto Coppi wrote himself and the mountain permanently into Giro history. The image of Il Campionissimo cutting solo through the snow walls during the 1953 Giro will stand forever. And that first passage over the mountain is immortalized in the Cima Coppi award. 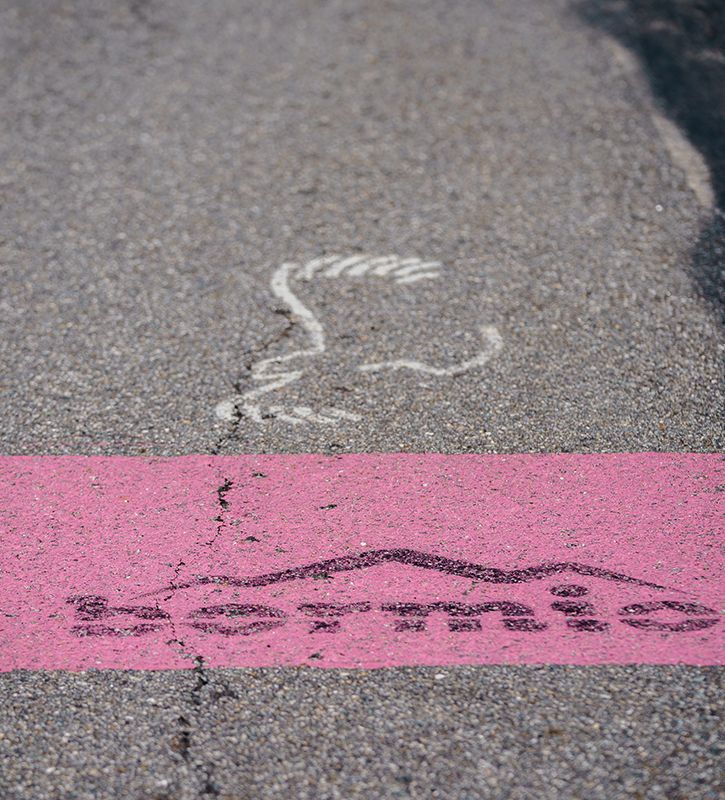 Being the highest point ever crossed by the Giro, brings its own complications. The Stelvio has a history of alterations and cancellations due to bad weather, and this is borne out by the fact that it has actually only featured 12 times since its introduction in 1953.

At this elevation the window of opportunity opens sometime in late-May or early-June and shuts again sometime in September or October. It’s what heightens the anticipation and enjoyment when the ploughs scrape the white away and reveal the dark smooth bitumen. 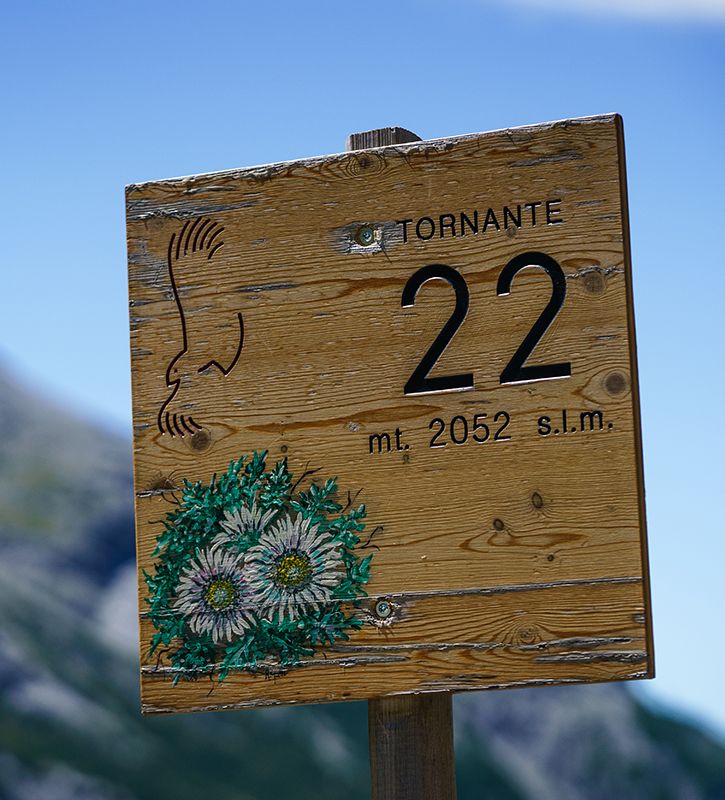 The Stelvio is also not only a climb; it’s a precursor to a descent that’s as hard as the way up and where races can be won and lost. Bernard Hinault and Jean-René Bernaudeau decided to put victory in front of personal safety through the single track tunnels on the Bormio side to take hold of the maglia rosa.

And no less than four years ago the descent and the weather were still playing havic when that now infamous communication from race radio sought to control but not neutralise the race downwards. Three riders, including title contender Nairo Quintana, swooped down the Trafoi switchbacks blissfully unaware of the pantomime on the summit. Many of the peloton, believing the race had in fact been neutralised, stopped to wrap themselves in as many outer layers as possible. 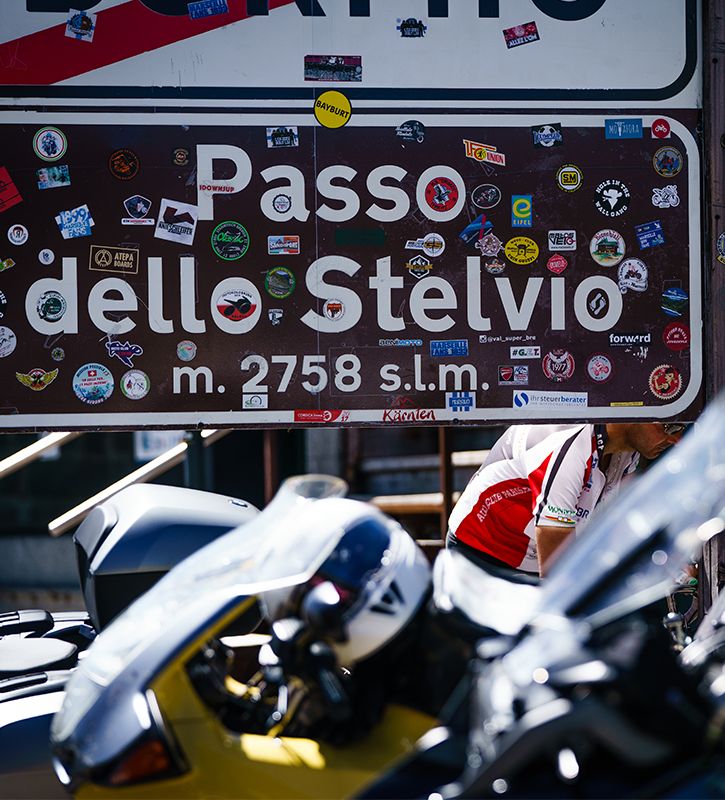 Whether you would want to stop at the summit or not is a question of taste. The top of the pass is flanked by functional-looking hotels, kiosks and fastfood restaurants selling wurst.

But look up and you will see the The Refugio Garibaldi. Built in the 60s beside the ruins of the Swiss hotel that was destroyed during World War One, it is a celebration of mountain culture. And this is why everyone, from motorcyclist to sports car enthusiast, even to mountain biking photographers comes here.

Yes, the col itself might not be the prettiest, but that is to forget the journey through the beauty below.