At 1600m up, deep within the Mercantour National Park, surrounded by snow-covered peaks, the pick-up truck is being loaded two by two. Bikes, check. Skis, check. Mountain packs, check.

Up here you could be mistaken for thinking cycling had been left behind on warmer coastal roads in favour of the more traditional alpine winter activity. Not so for Manon and Audrey who, when faced with a choice between the two sports, take the third option – both. For them the skyline is the limit, how you get there is the fun part. 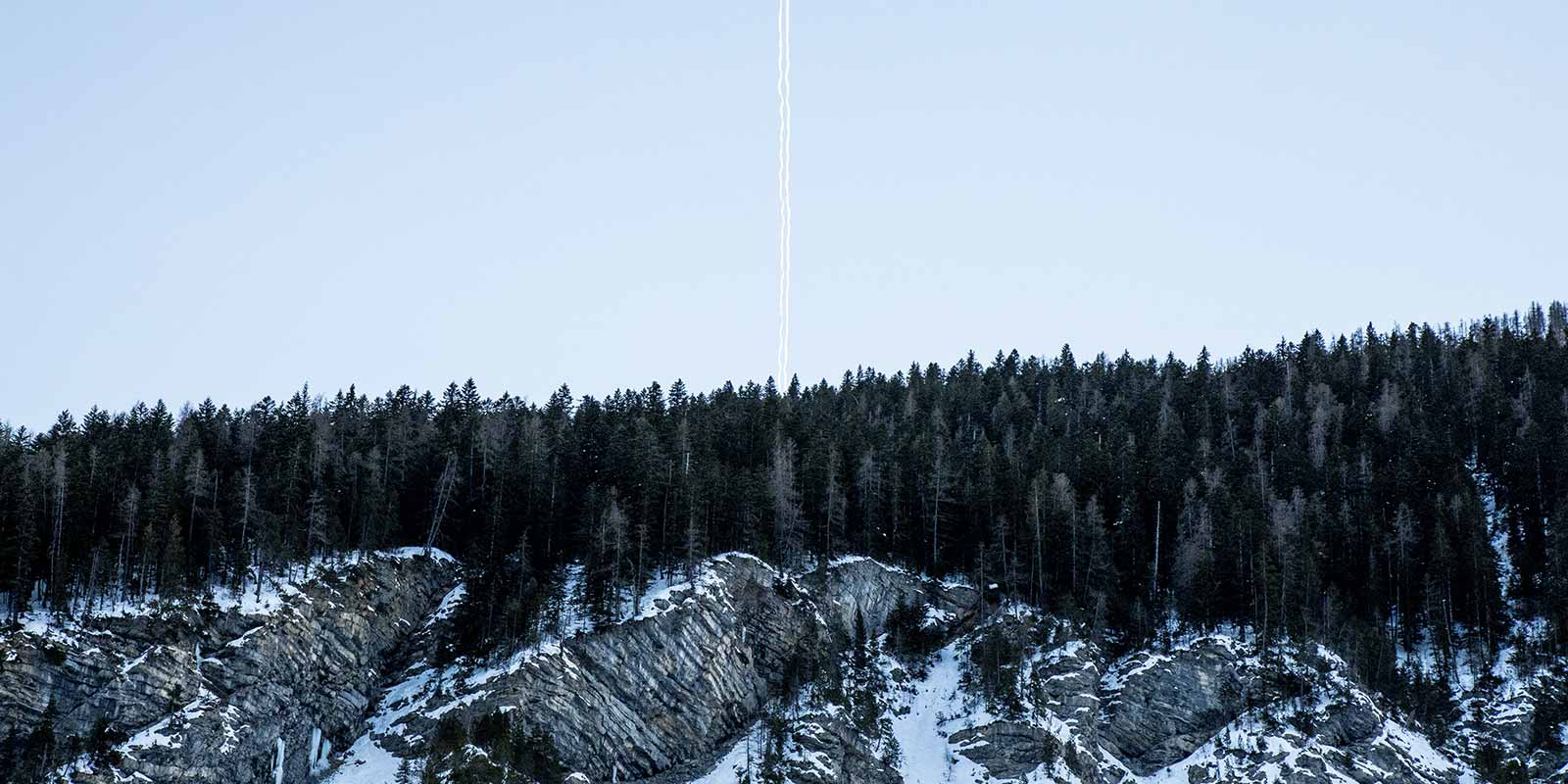 Audrey was born in the mountains, Manon by the sea. But both were raised on the slopes (Manon’s parents hail from Grenoble). Adventure, speed and a love of the outdoors are engrained in their psyche.

Audrey is a former downhill ski racer turned teacher in Saint-Étienne-de-Tinée, the village in the valley below her birth town of Auron. Manon is a business student turned shop proprietor in Auron. 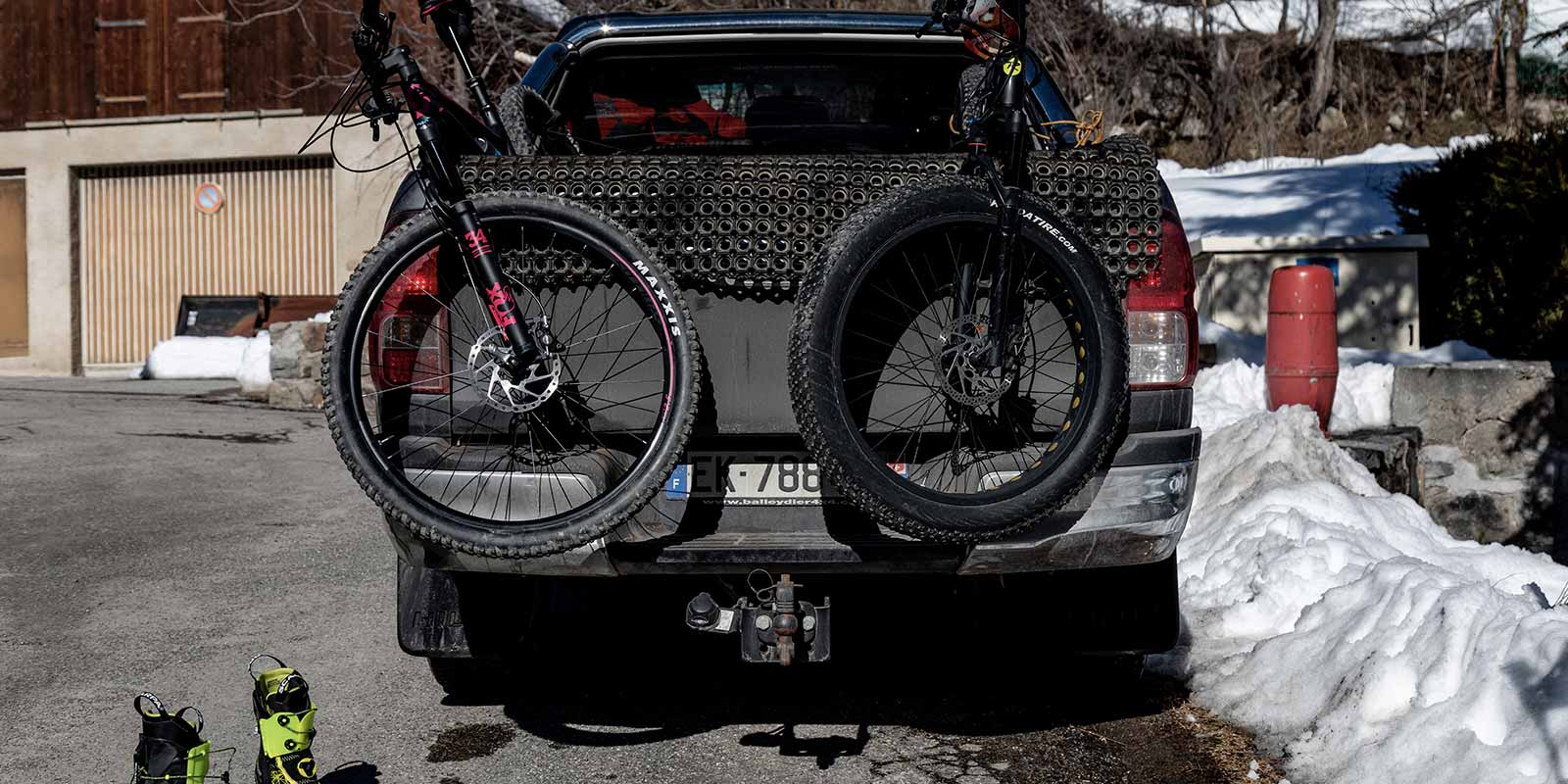 The two have been friends since Manon made the move from the seaside town of Cagnes-sur-Mer to the mountains some two hours above. They bonded by exploring the mountain playground on their doorstep.

Auron is situated above the Vesubie valley on the western side, just before the road climbs out of the basin in Saint-Étienne-de-Tinee to make its southern ascent to the Col de la Bonette. Whilst access to Europe’s highest road (we know, highest paved ‘through’ road that passes from one valley to the next) may be closed during these winter months, the possibilities remain endless – especially when equipped with the correct gear. 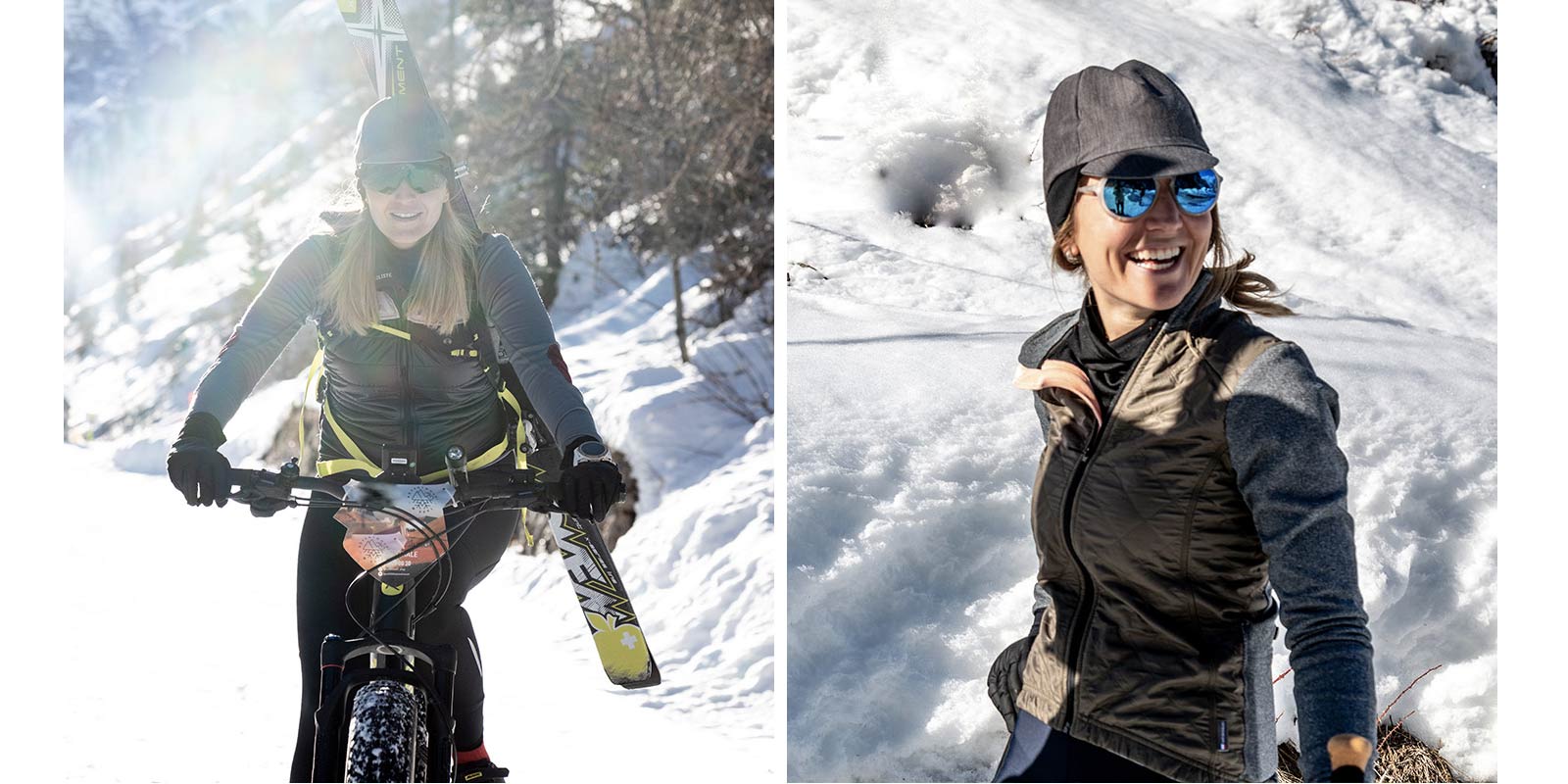 Life in the mountains mid-season is busy, Manon and her partner Flo never stop working with ski rentals and equipment sales to the demanding masses seeking a quick mountain fix. As a school teacher, Audrey also has a full agenda educating the local children, save for Wednesdays when her pupils get a mid-week break. So ‘hump day’ is the guaranteed escape into the plein air for what is regarded as an essential weekly dose of mountain adventure. 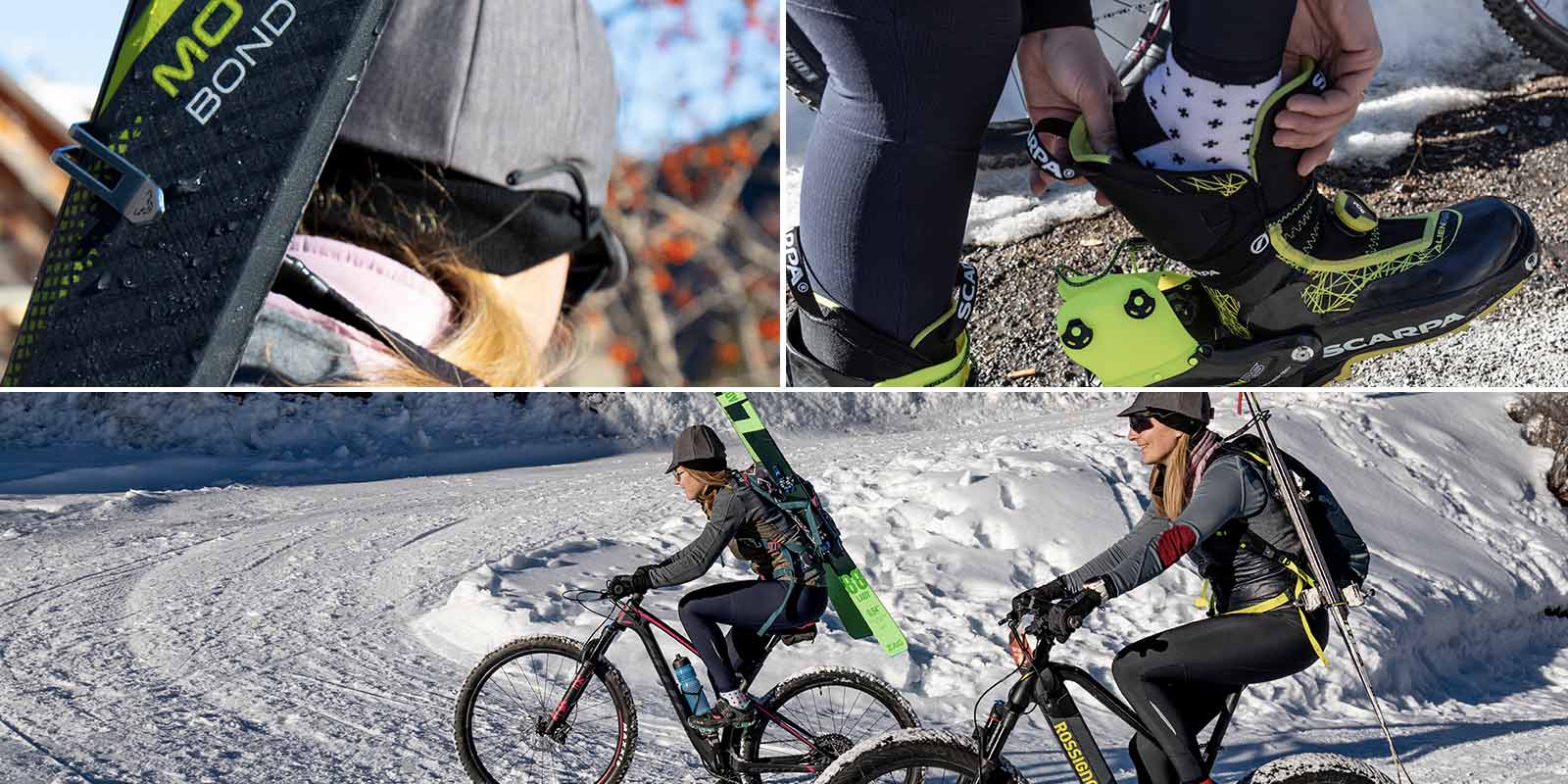 Away from the ski lifts and chalets that ooze the smell of melted cheese, just 15km north lies Saint-Dalmas-le-Selvage, the hamlet at the base of the first valley to fork left off the Col de la Bonette climb. It’s a beautiful village that has retained its traditional appearance – only stone and wood are on show. No shop facades or synthetic materials here. Located at the base of the Col de la Moutière, it's the perfect starting point. 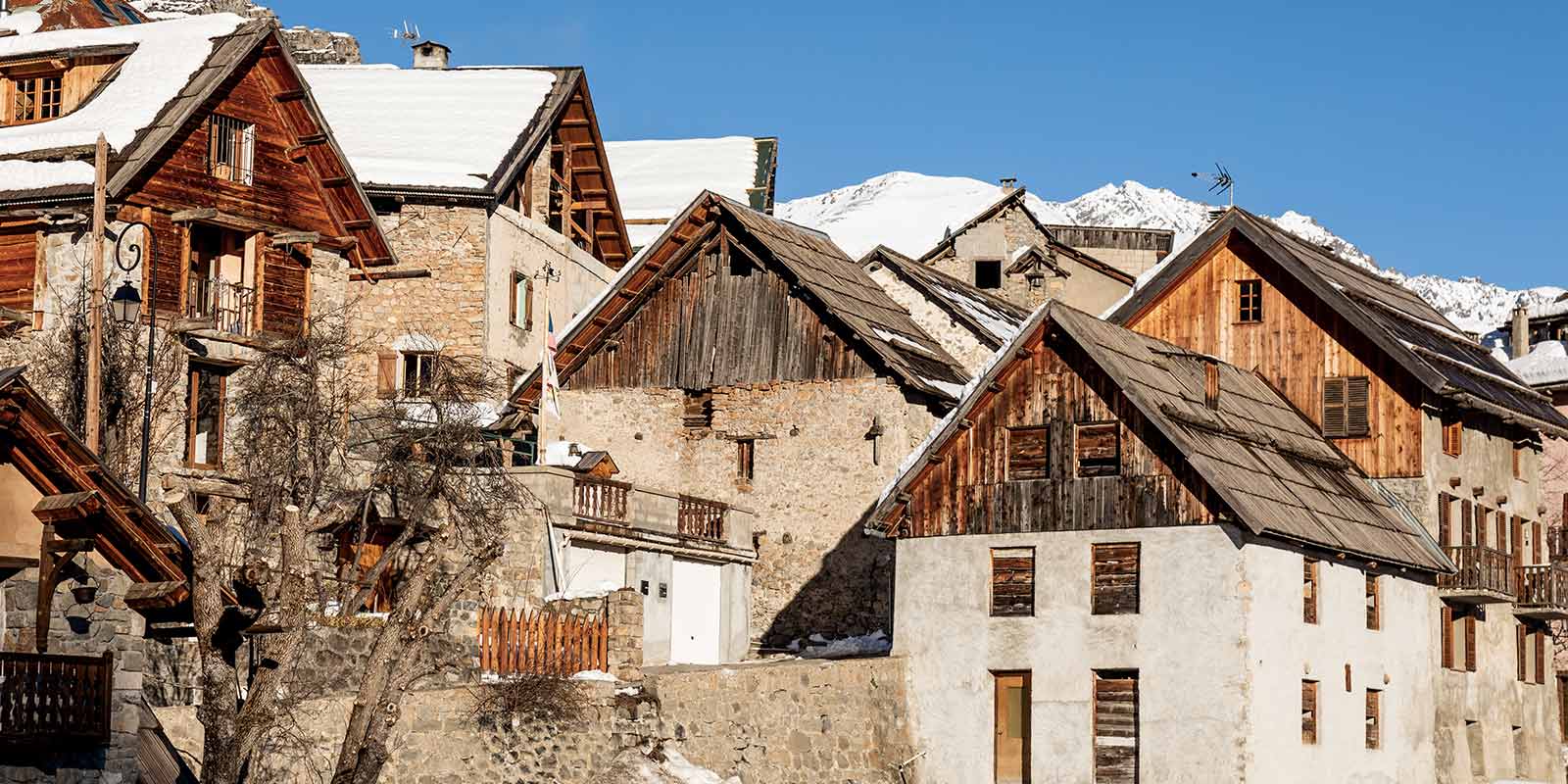 The Moutière is the lesser-known alternative way to the Col de la Bonette and as the smaller sibling, it does not get the attention of the snow-clearing déneigement teams. Audrey and Manon get loaded up – packs with ski boots and essential spares, skis clipped on to back packs in criss-cross fashion.

Fat tyres touch the snow. Ride the road until the ski-randonnée piste begins and traverse the mountain to the summit. For the past two years Audrey and Manon have been developing their strategy for getting up any mountain the smoothest and most delicate way before descending with effortless speed and a shot of adrenalin. 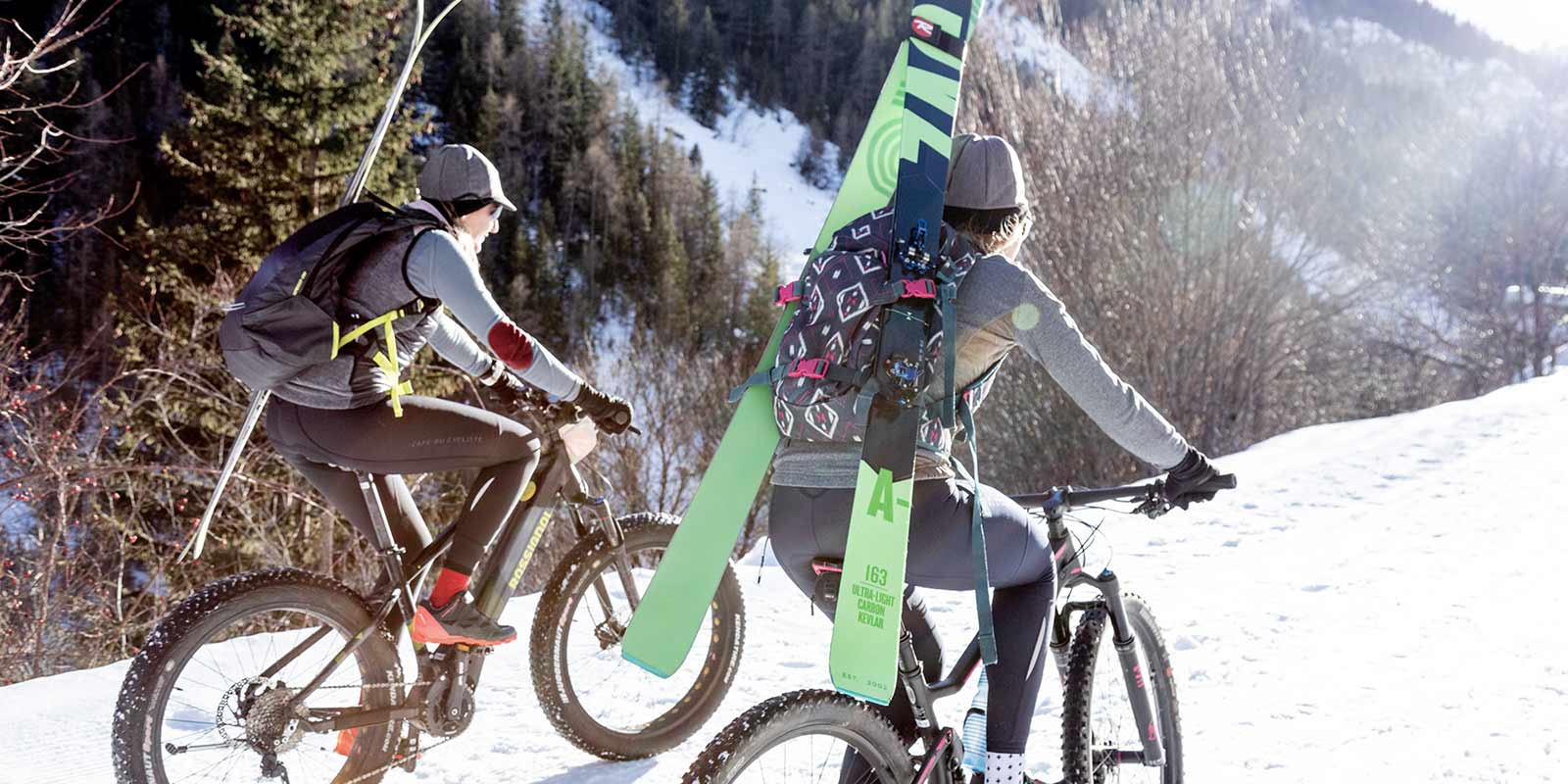 “I find inspiration on the bike when discovering new and untouched roads. It is the same feeling clicking into my skis. The advantage of our region is, that no matter where you go with your bike or with your skis, it feels magical, it feels untouched”


The silence that comes with riding on snow just adds to this sensation and leaving the road to explore further and higher is the next level – time to unclip the pedals and clip into the bindings. Getting off piste into the wild and fresh powder, its up to you to decide which way to go. It is set to be a challenge, but not a challenge that you can't overcome and win. It is all about looking ahead and looking up. Ever up.

When reaching the mountaintop overlooking Saint-Dalmas, the sun has changed its position and is casting strobes of light and shadow across the slopes below. The unmarked snow now marked with trails from the skis, it is time to change direction and adjust the bindings that provided the traction on the ascent. But not before a moment of appreciation.

Suddenly Audrey remembers why she returned to the mountains after having studied for a few years in Nice:

'Can you hear that? That is the sound of the mountains”. 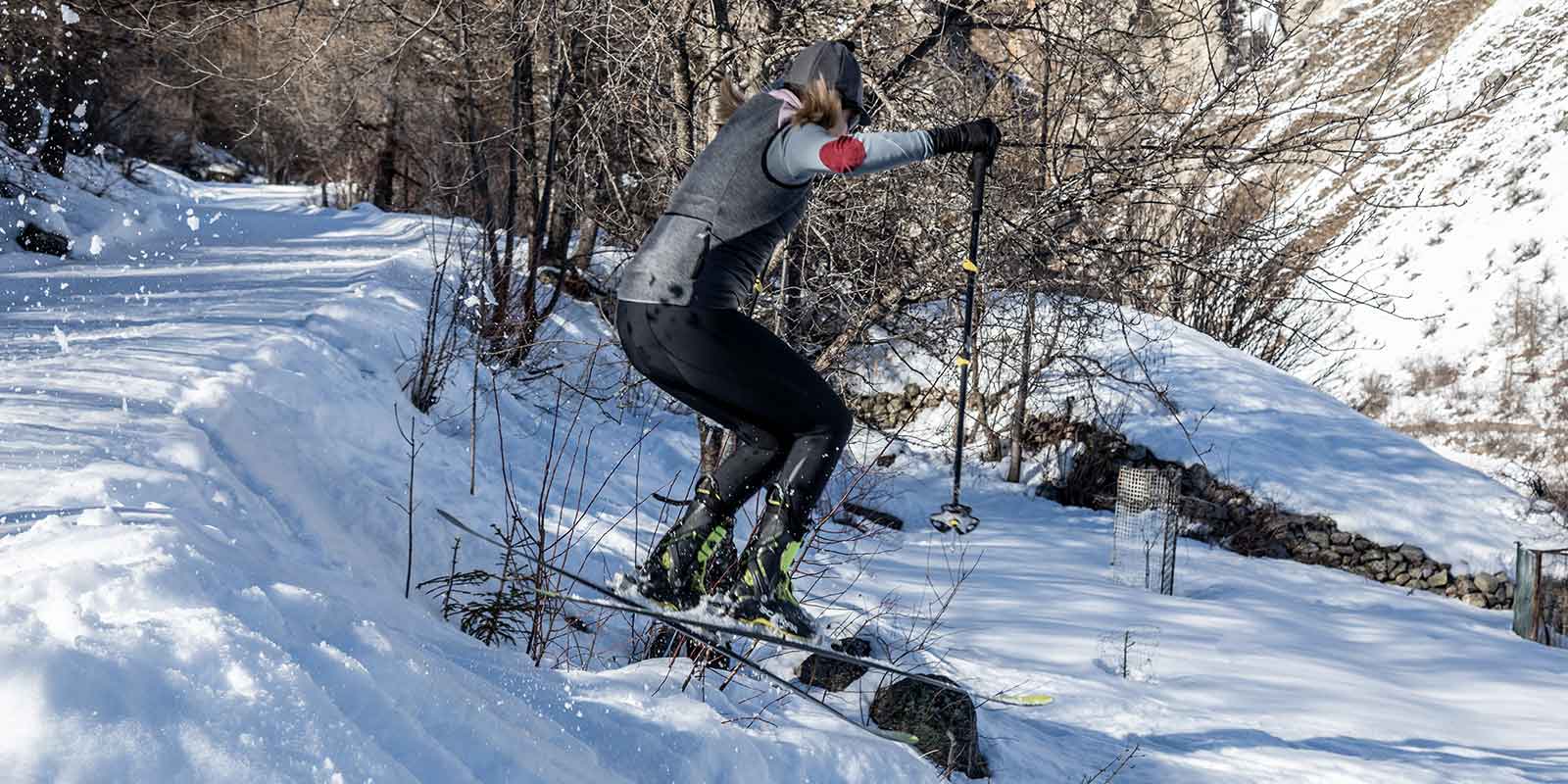 The descent is Manon’s favourite part. She lives for “la sensation de vitesse” - the sensation of speed that comes from analysing the terrain as you surf gravity's wave on the way down, whether it be by ski or by bike. Adrenalin is her primary motivation to climb. And after the effort, both are happy to point their skis downwards as it’s now l'heure du gouter. Raclette anyone? 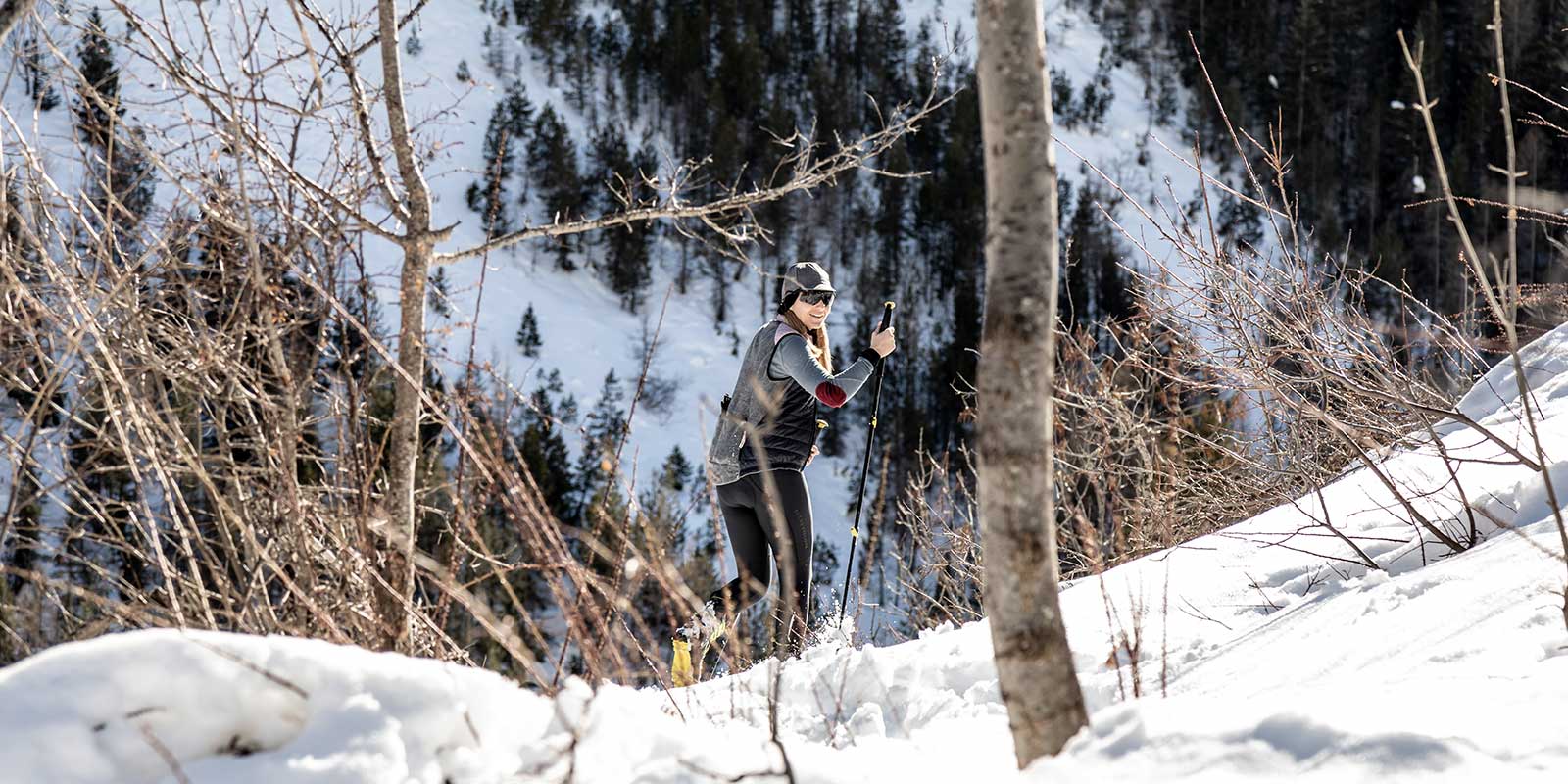 With a population of only 60 in Saint Dalmas during the winter season, the silence of the village is deafening. Passing the few locals that are out for lunch with skis strapped to the bag it doesn't go unnoticed but Audrey knows everyone in this region so when they recognise her, all is understood. Chez Valerie is the only restaurant in town. 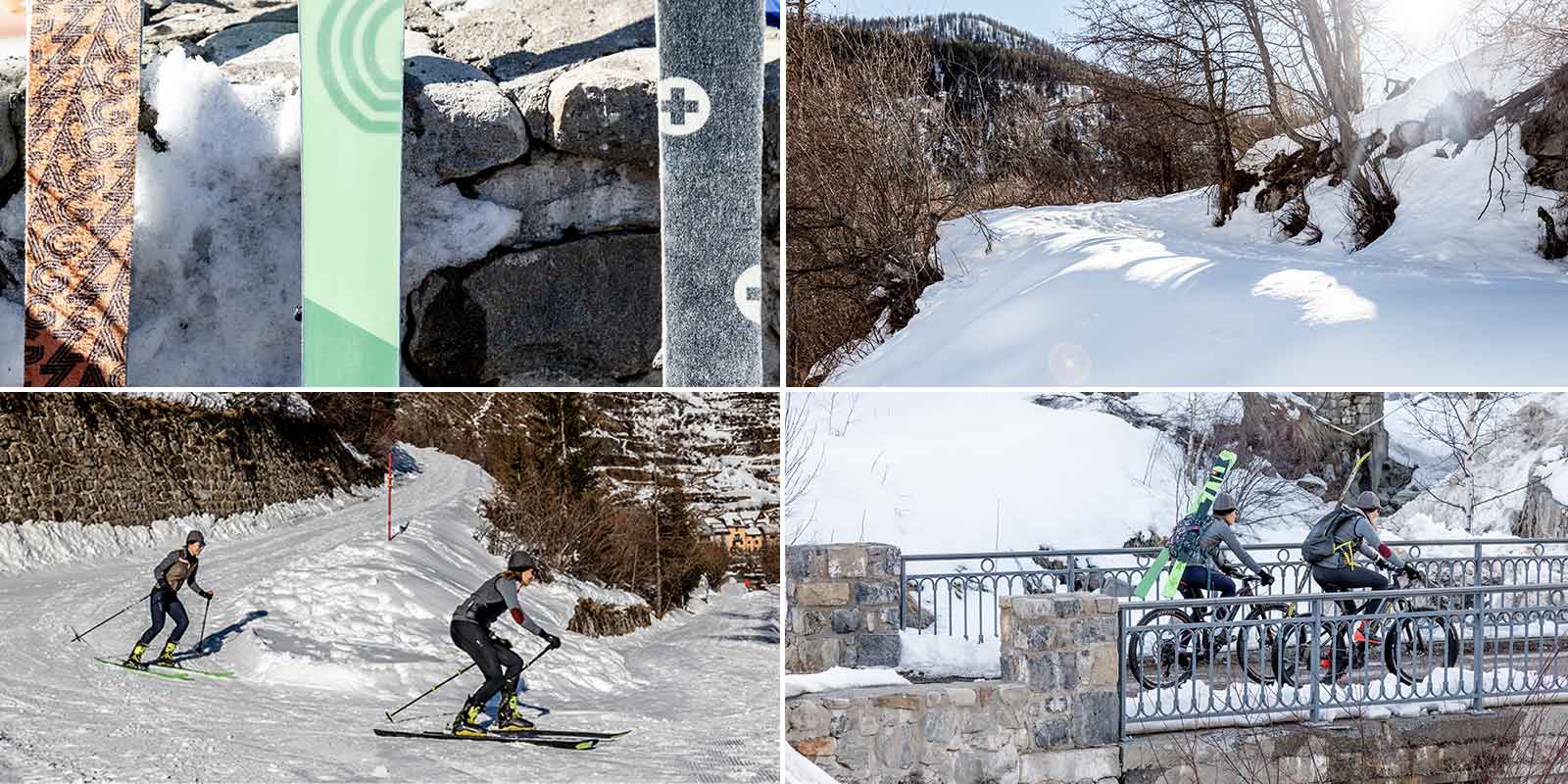 Audrey shouts ‘bonjour’ and immediately walks into the kitchen to organise the raclette. Double the sport means double the menu, bien sûr. Sitting beside the fire as the light fades outside Audrey and Manon start discussing the location for next week’s adventure. The skyline is definitely the limit for these two. 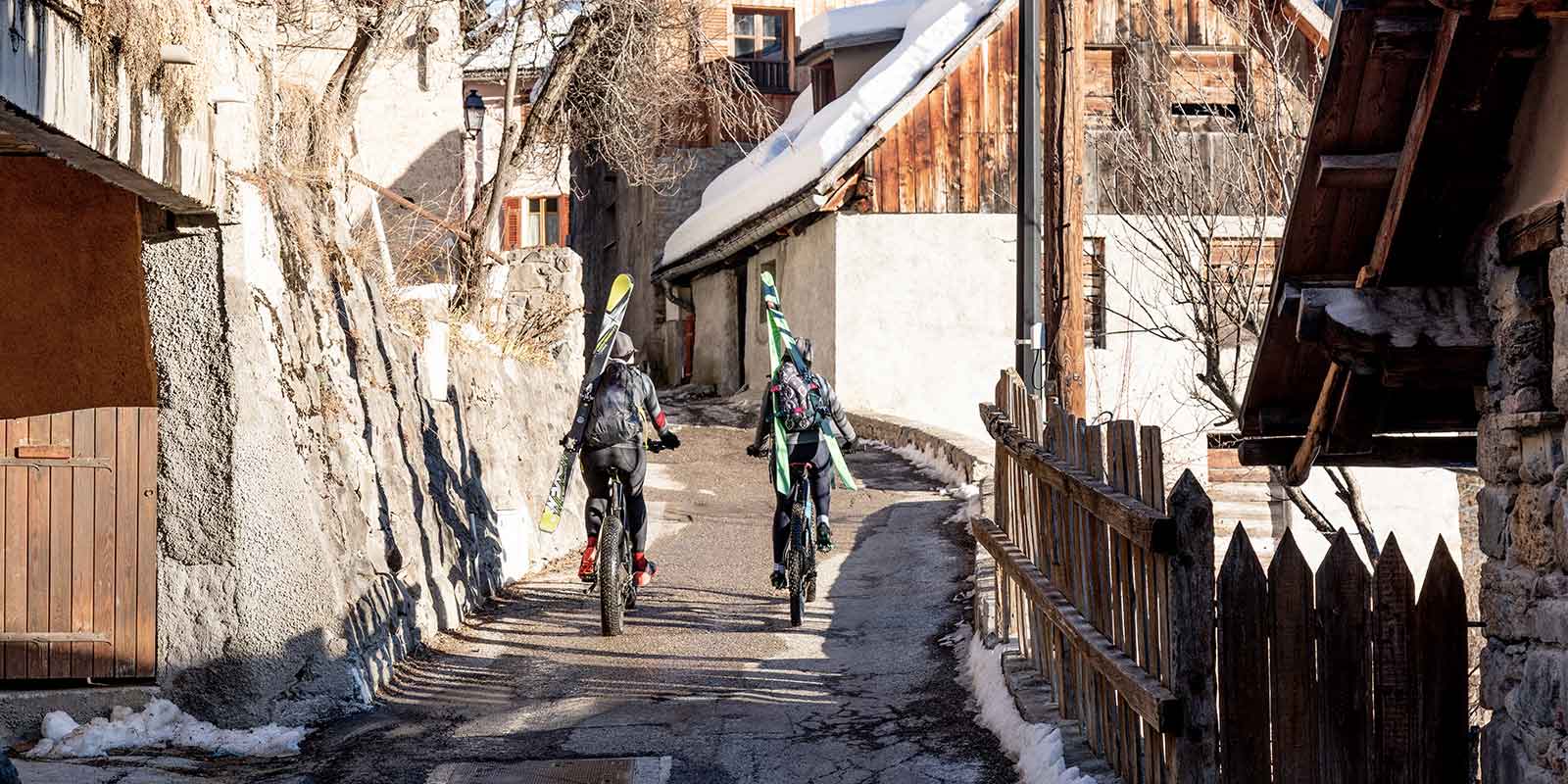 Footnotes: A big thank you to both Audrey and Manon for sharing their adventure lunch ride.